Travellers will be able to enjoy an improved train station and bus station at our airport in the future. This will be called the Multimodal Hub Schiphol (MHS). The station area will have more capacity, the station itself will have a better layout and we will make the walking routes for travellers more logical. 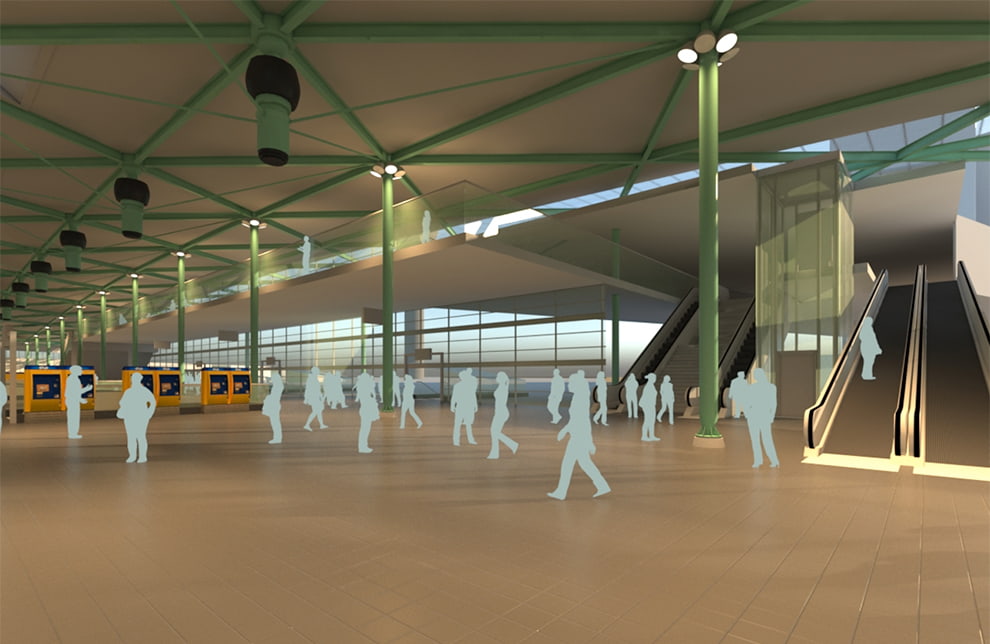 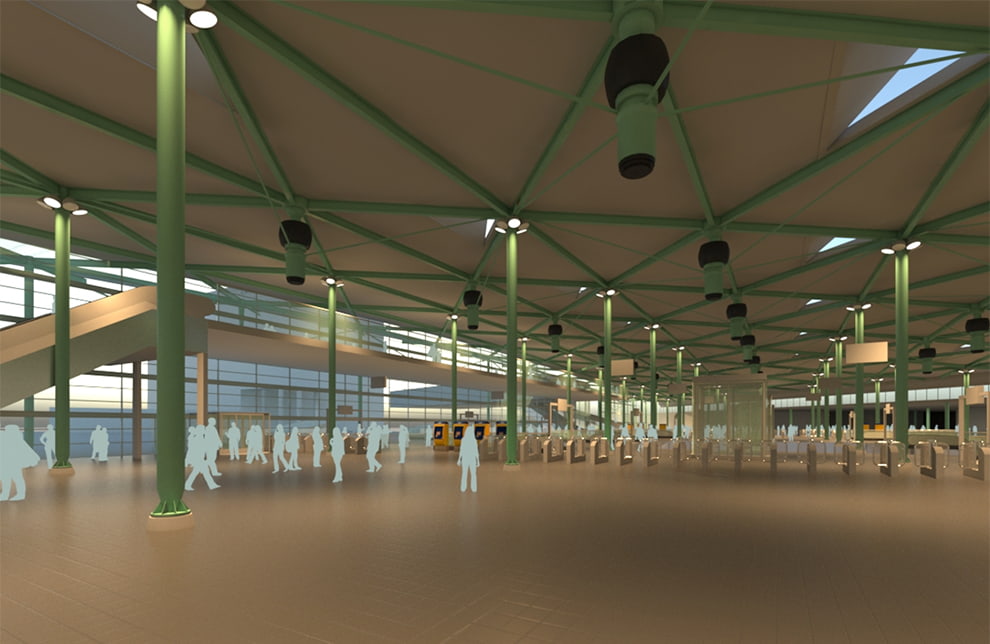 MHS will bring many functions together in a relatively small area. The train station, for example, has grown into one of the five largest in the Netherlands and, under normal circumstances, sees an average of 109,000 arriving, departing and transferring travellers per day. 140 public transport buses pass through Schiphol Centre every hour, and Schiphol Plaza – the entrance to the airport – is connected to nearby car parks and offices via a walkway. The current MHS dates back to the 90s and adjustments need to be made in order to create sufficient capacity for the increasing number of travellers.

There will be more entrances to the Schiphol Airport station platforms. This enables us to make better use of the station, and travellers will have more room and experience greater travel comfort. There will also be a new bus station, and the train station will be fitted with access gates. In addition to these changes being made as part of this project, the various parties concerned are also working on supplementary measures. These include rush hour avoidance, crowd control at peak times and an improved train timetable. This is how we can make the most of the available MHS capacity.

The improvements and the financing thereof are the result of a collaboration between the Ministry of Infrastructure and Water Management, the council of Haarlemmermeer, Vervoerregio Amsterdam, NS, ProRail and Schiphol. The state is contributing 78.8 million euros, Schiphol 69.4 million, Vervoerregio Amsterdam 69.2 million and NS 20 million.

The plans were approved in November 2019 during Dutch Multi-Year Programme for Infrastructure, Spatial Planning and Transport (MIRT) consultations. The goal is to have the designs finished by the start of 2022, after which the project can be initiated. A significant majority of the plans are expected to be completed in 2025.

In an accessibility programme (Samen bouwen aan bereikbaarheid) that has already been launched, the development of the Amsterdam Metropolitan Area, including the whole transport system, is also being examined extensively. Solutions being considered include extending the North/South line to Schiphol and Hoofddorp, and linking the small metro system in Amsterdam. Several studies looking into this were carried out in the first half of 2020, and these will serve as the basis for the longer term trajectory.