Everyone counts at Athletics Klub Uithoorn: Racing across the athletics track

Atletiek Klub Uithoorn – known as AKU for those ‘in the know’ – has 450 members who throw discus, skip and hurdle every week. They include young members who want to learn how to sprint as hard as Dafne Schippers – to people in their 70s who prefer a slower pace at the Walking Club. In addition, AKU also have had a training group for people with disabilities for the last 3 years. The Schiphol Fund welcomes all of these groups of people, because everyone has a right to play sports! 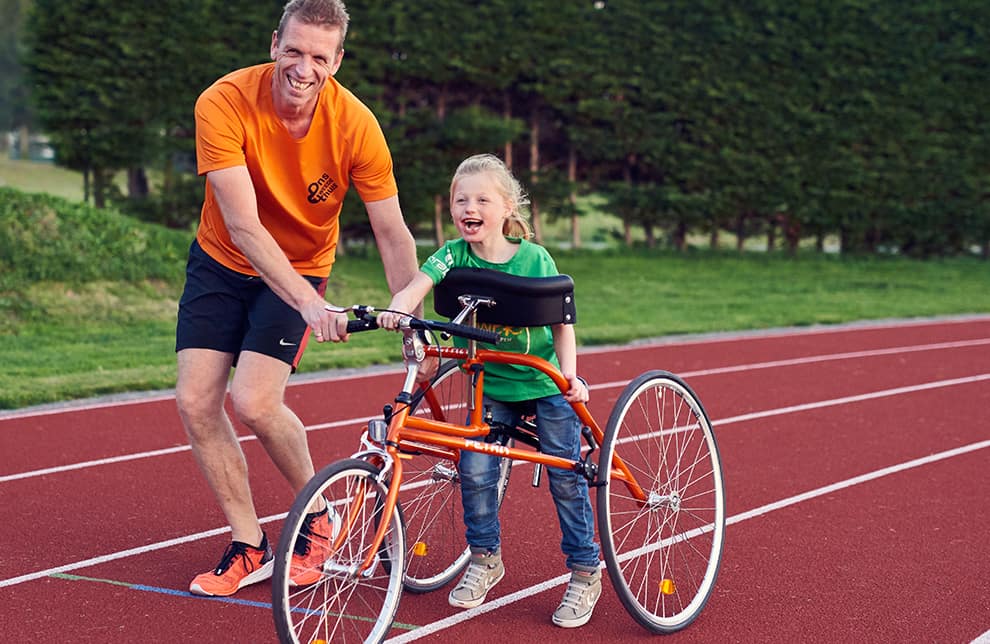 An organisation for disabled care approached the club to ask whether or not they could establish a group for people with disabilities. Sports are important for disabled people, but sadly with few places to go. 'We set up a group for people who are physicially or mentally impaired', says Wim Verlaan, chairman of the Klub. ‘You then have to think of people with autism, spasms or, for example, half-sided paralysis.'

The group was a great success. 'We train with 25 to 30 members with a disability once a week', said Wim. "They are all very enthusiastic! It’s great that some of them move on to the normal junior or senior groups and are seamlessly included in them. They will also participate in our club championships soon, so we try to make it as simple as possible for them to belong with us'.

With a racerunner, a kind of three-wheel cycle, it is possible for people with a muscle disease or paralysis to walk – or even run! AKU now has two cycles, thanks to a donation from the Schiphol Funds, ‘In this way, sport can be accessible to people with a disability', said Wim. ‘It is so important, not only for health, but also the social aspects that you are involved with in playing sports and in belonging to a club.' 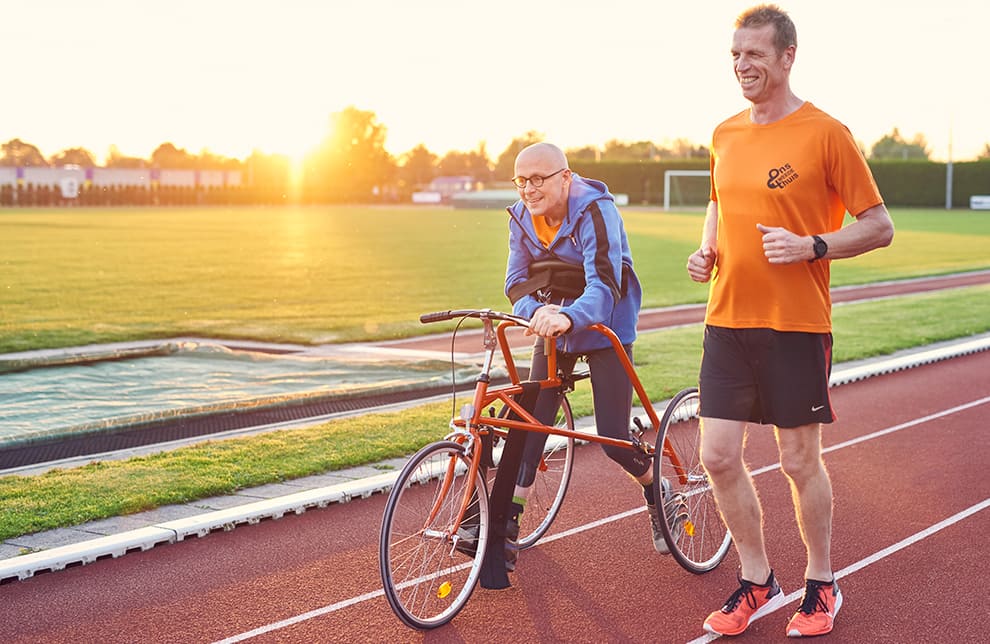 As residents in the vicinity of Schiphol, they are regularly bothered by noise from the aircraft. Wim said: 'That's why I find it extra nice that the airport’s Schiphol Fund gives something back to the neighbourhood by supporting sports clubs like ours. Therefore, we can grow as an athletic club without towering contributions needed in order to pay for everything. In that way, we keep sports accessible to everyone in the area. And if there are a few planes in the area, then so be it’.

Atletiek Klub Uithoorn received a donation of € 4,000 in 2018 for the purchase of two racerunners.