As passenger numbers at Schiphol continue to grow, airlines are responding by using increasing numbers of large aircraft for flights to and from Amsterdam. These wide-body aircraft occasionally need a temporary stand if there is no room for them at the gate. Additional remote holding capacity is needed in order to accommodate this. We are therefore extending one of the remote holding locations – the Uniform Platform. As a result of phase 2, the platform has been extended to 10 buffer positions. This will help us to keep delivering our on-time performance.

Uniform Platform – going far and wide
for the future of Schiphol 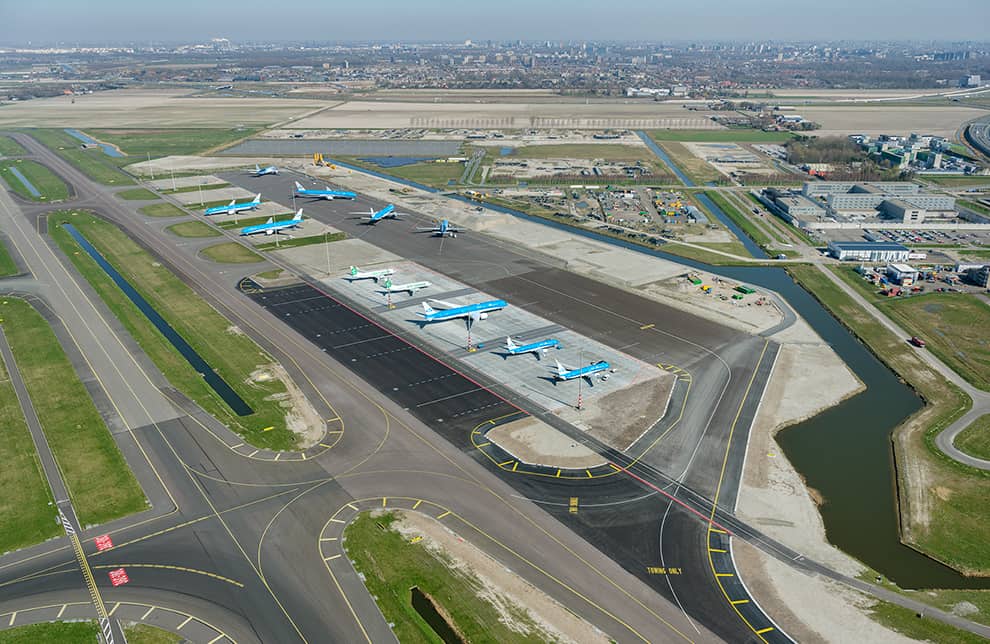 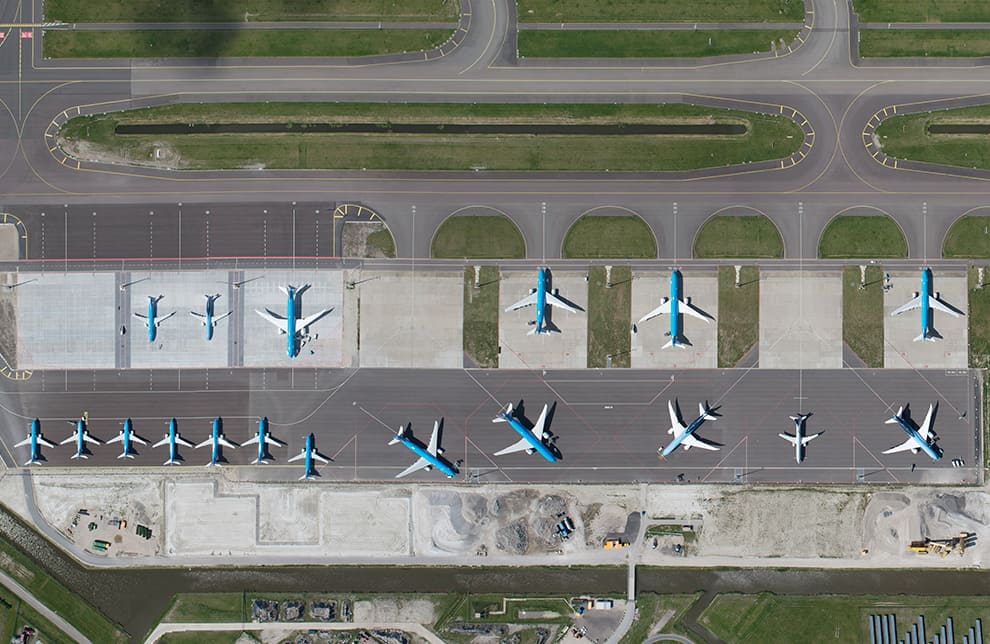 The Uniform platform is a remote holding location relatively close to the gates. As a result of the recent building work, the platform has been extended to 10 buffer positions.

The expansion of the Uniform Platform requires:

We are expanding the Uniform platform in several phases. First, we temporarily used the future taxiway as a remote holding location, taking the number of stands from five to seven. Further extensions were done in phase two, and now there are ten stands for wide-body aircraft.

We are now waiting for a decision on phase 3 (which will increase total capacity to 12 wide-body positions) based on the 2022-2026 business plan.