Around the world in Happy New Years!

Did you know that Schiphol collaborates with airports all around the world? That means we say happy New Year to colleagues in Australia, Asia and North America at different times on 31st December and 1st January. And we’d like to wish you a happy 2022 too. Now, come join us on a trip around the globe! 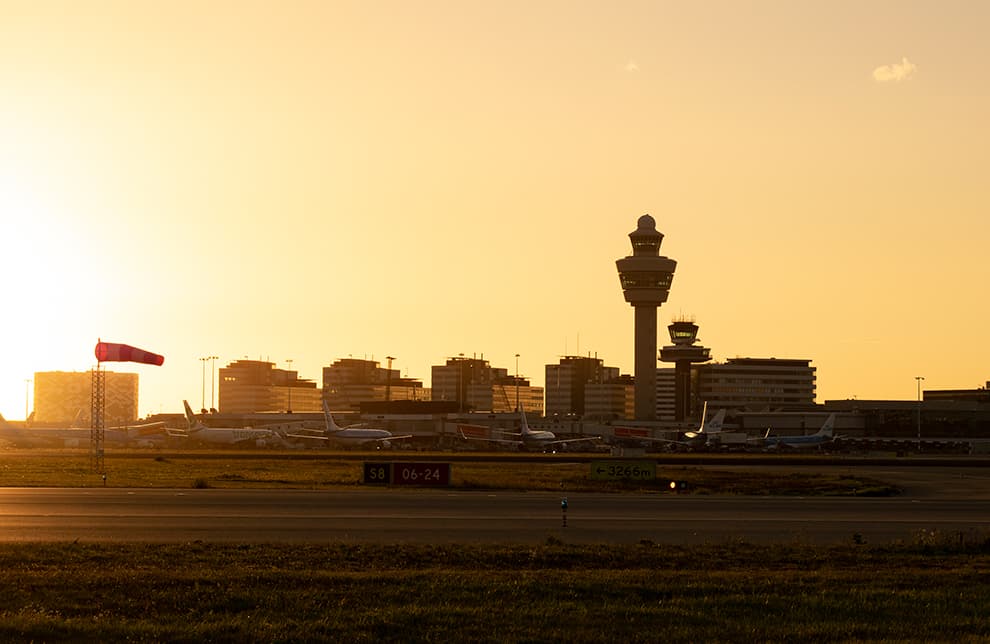 For the Schiphol family, 2022 starts at Hobart Airport in Tasmania, Australia. When we’re just starting to make oliebollen batter here in the Netherlands, they’re ringing in the new year in Hobart. Tasmania has other Dutch connections besides Schiphol; the island was discovered in 1642 by the Dutch explorer Abel Tasman.

One hour later, the celebrations start again in Australia, where it’s Brisbane Airport’s turn to pop open the champagne. Because the airport code is BNE, we sometimes refer to Brisbane Airport as Benny. Best wishes to all Schiphol colleagues in Australia!

恭喜发财, or happy New Year in Mandarin. The Chinese year Huangdi 4719, Year of the Tiger, starts on Tuesday 1st February 2022. So we’ve still got time to practice our New Year’s greeting.

At midnight, the new year begins in the Netherlands and we wish everyone all the best for 2022. Not only at Schiphol, but also at Eindhoven Airport, Rotterdam The Hague Airport and Lelystad Airport. Let’s make it a great year!

As the New Year's Eve Ball descends on Times Square in New York, the first flights of 2022 are departing from Schiphol. In Terminal 4 at John F. Kennedy Airport you might just hear the Dutch ‘gelukkig nieuwjaar’ between all the New Year’s greetings in English. To all the Schiphol colleagues on the other side of the Atlantic: happy 2022!