At the heart of the building site for the new pier and terminal is Havenmeesterweg. Along it run numerous cables. Before work on the new construction begins, the cables will all have to be relocated. The aim is to provide a building site that is free of all objects. Or, as the IT people refer to it, making the underground infrastructure construction-ready. 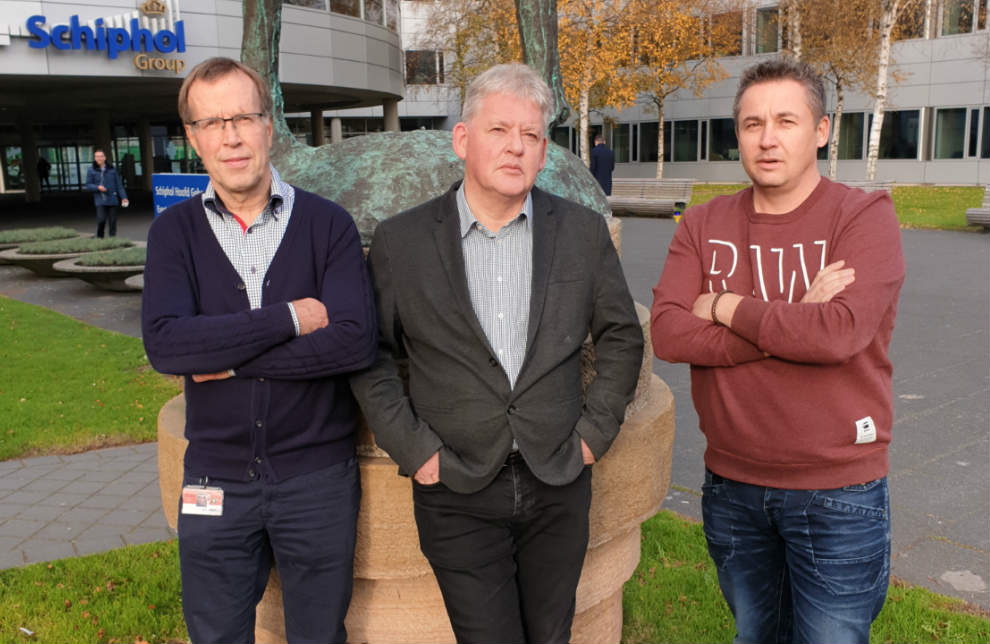 Everything has to be cleared

Aad Duineveld, Steven Thai, René Joore and Jos Stoelinga are among those from Schiphol IT and Schiphol Telematics who are making Havenmeesterweg construction-ready. This is part of the landside work. ‘To create space for the new pier and terminal, we have to relocate a great deal of infrastructure,’ explains Project Manager Aad. He is referring not just to the roads and pathways, but more specifically to the network infrastructure. ‘There are all kinds of things in the ground that we have to reroute. From gas and water pipes to power and network cables. A good cooperations with the program of the new pier and terminal is therefore essential’.

From tills to crucial systems

Schiphol is increasingly dependent on network cables. ‘Nowadays, almost every system requires a network,’ says senior designer Jos. ‘From the till of the local flower stall to crucial systems in the air traffic control tower. All the cables are actually redundant, as a means of preventing problems, but cutting through them and rerouting them is a challenge, nonetheless.’ Aad emphasises the importance of a cautious approach: ‘For example, if the baggage system stops, flights will be delayed. And that is not our intention!’

Ready at the end of June

The work will be starting at the beginning of the new year. The cables will be rerouted one-by-one, at night. ‘The plan is already in place,’ explains designer René Joore. ‘According to the timetable, we will have finished by the end of the June. There is no reason why that won’t happen, because we have already carried out a great deal of preparatory work. For example, the taxi buffer has been moved to a new location, together with the associated cables. We have also already removed and rerouted cables for the foundations of the new pier. The same thing applies to the demolition of P2, from where we have removed many services and transferred them to the new parking location at Schiphol North-West.’ 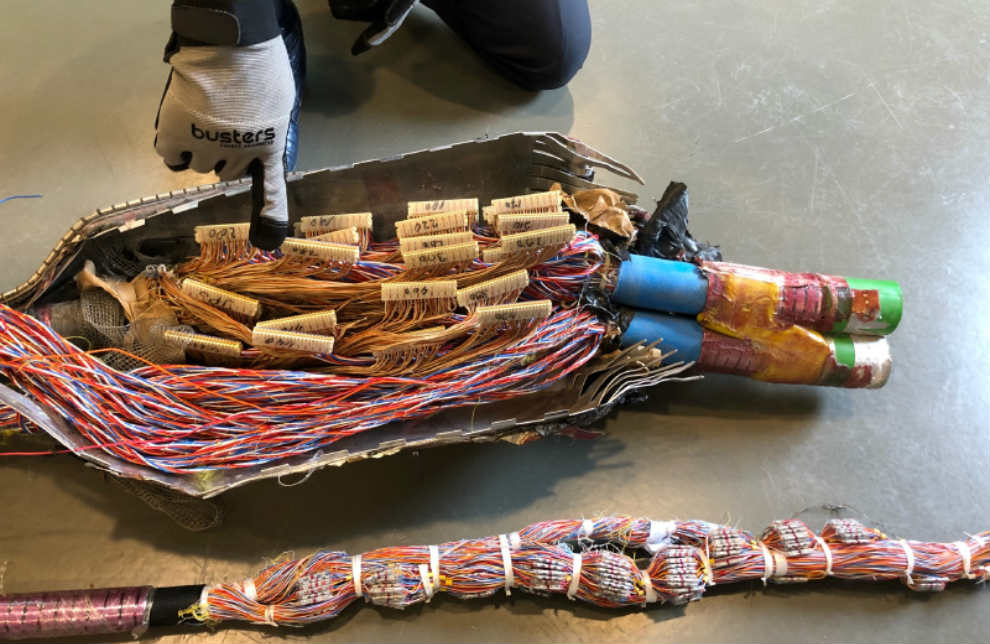 Rerouting a cable sounds simple. Laying a new cable, cutting the old one, and welding the new one in place. In reality, though, it is a real challenge. René: ‘We need a team of around ten people for one cable. This include ST engineers, network engineers, project managers and of course the contractors.’ René adds: ‘The dozens of cables that we will be rerouting in the next few months are used by a total of some 7000 services. From payments and security to Wi-Fi and computer systems.’

Ready for the cabled future

With the new cables, Schiphol is preparing for the future. Jos: ‘We ask ourselves critical questions. How much network capacity do we need, and where and when? What are the most important factors to consider? Where do we expect future expansions to take place?’

Many old, thick, copper cables near the building site are to be removed and replaced by modern glass fibre cables. René: ‘We will be clearing away everything that is ‘dead’ in the ground. At the same time, we will be providing ducts that have sufficient reserve capacity, so that we can insert additional glass fibre cables in the future.’

To prevent the rerouting work from disrupting the ongoing operations of the airport, proper preparation was essential. Jos: ‘For that reason, we have had many meetings with relevant specialists in order to create the basis for a sound rerouting plan. This has been laid down in detailed work and detail plans.’ Plans that he and his colleagues will shortly be able to put into action. ‘There is an experienced team waiting to get started. We will be starting in 2019 with new cables.’