A lot of greenery, more art and even playgrounds for the kids. We’re working hard to build the new pier. Thanks to the new pier, Schiphol will have increased capacity - more aircraft will be able to park here and we’ll be able to handle more of them. There will be eight additional gates: five on the north side for narrow-body planes, and three on the south side for wide-body planes. The construction of the new pier is well underway. We expect the original completion date (end of 2020) to shift due to the current situation in which COVID-19 is affecting the progress of our projects.

With a green focus we are working on a sustainable future for Schiphol. 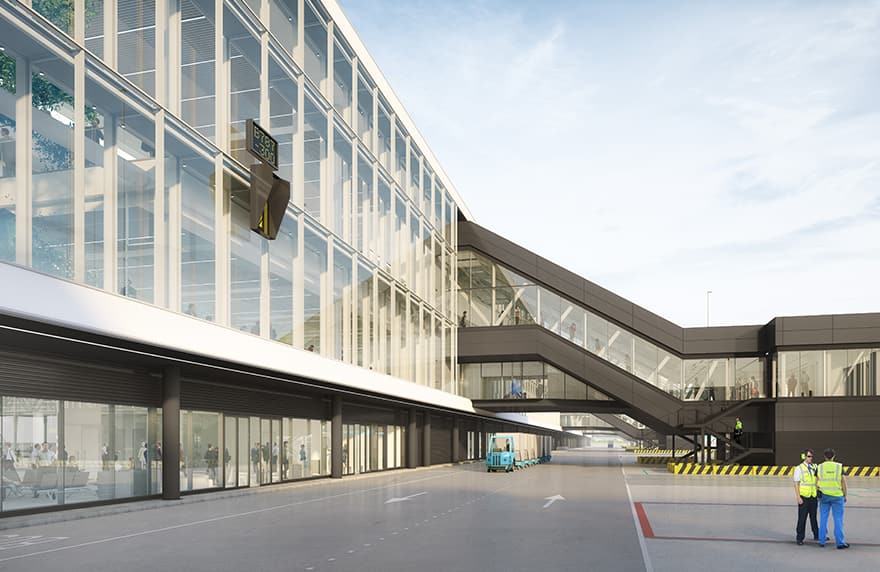 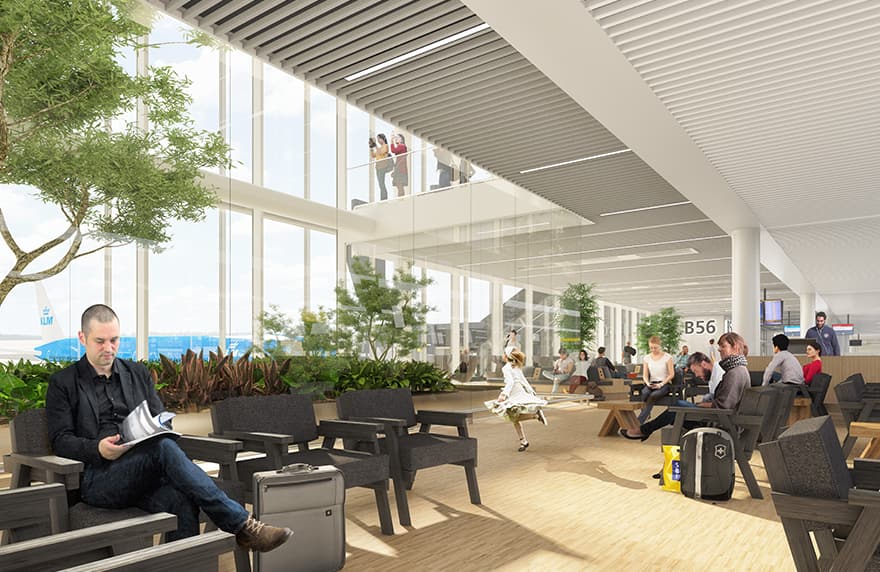 Schiphol and the AECOM team – with Cepezed, Imd, dGmR and Copijn – have designed the pier of the future together. This new pier means that Schiphol will have eight additional gates: five on the north side for narrow-body planes, and three on the south side for wide-body planes. An extra two gates will be added on the south side of the new pier at a later stage. As well as more space for travellers, the pier will have more art, playgrounds for kids and more greenery.

COVID-19 is affecting all construction projects. The original completion date of December 2020 will be moved along. We don’t know what the new completion date will be. Check this page regularly for news about the schedule and other updates.

We are working hard on the pier. The facade exterior and the gatehouses are almost complete. Glass has been installed in the facade.