Safety concerns and weather permitting, Schiphol and Air Traffic Control the Netherlands schedule aircraft to take off, land and follow flight paths in such a way as to reduce noise nuisance. We prefer to use Runway 06-24 (Kaagbaan) for approaching aircraft and Runway 18R-36L (Polderbaan) for take-offs, because the flight paths to and from these runways take the aeroplanes over less densely populated areas.

Use of northerly runways

Schiphol always uses a combination of runways for departing and approaching air traffic. The precise combination depends on safety considerations, visibility, wind and weather conditions and environmental regulations. Under normal northerly wind conditions, we use Runway 18R-36L (Polderbaan) for take-offs and Runway 06-24 (Kaagbaan) for landings. In this situation, Runway 18C-36C (Zwanenburgbaan) is also brought into use during the peak take-off period, and we use Runway 18L-36R (Aalsmeerbaan) during the period when the most aircraft are landing.

Use of southerly runways

The pairing is reversed when the wind is coming from the south, with aircraft taking off from Runway 06-24 (Kaagbaan) and landing on Runway 18R-36L (Polderbaan). In that case, we use Runway 18L-36R (Aalsmeerbaan) during the peak take-off period and Runway 18C-36C (Zwanenburgbaan) during the peak landing period. In off-peak hours, we try to use just two runways to reduce the inconvenience to our neighbours.

In easterly winds and westerly storms

In addition to the northern and southern runway combinations, we also use other combinations when the situation calls for them. When there is a westerly wind we use Runway 09-27 (Buitenveldertbaan) for landings, and when the wind is in the east this runway is used for departing aircraft. In stormy, southwesterly winds we can also use Runway 04-22 (Schiphol-Oostbaan) for aeroplanes approaching from the northeast.

Flight paths are also an important factor in reducing noise nuisance. Air traffic control has adjusted several departure routes from Schiphol to reduce the amount of time aircraft spend above inhabited areas. In addition, special procedures were implemented for night-time flight services between 23:00 and 06:00. Wherever possible, aircraft approach Schiphol in a glide and do not fully engage the engines in reverse as they usually would to supplement the aeroplane’s brakes. 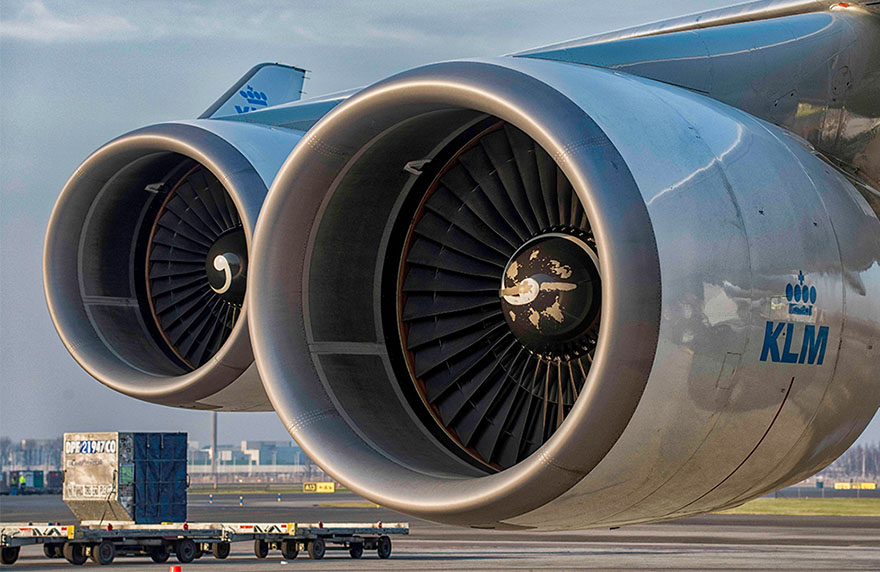 More on how we limit noise nuisance