An official moment, a snack, a chat… Now the foundations for the new pier are in place, the construction can properly get under way. In excess of 200 Schiphol staff and partners gathered today to celebrate this wonderful milestone. 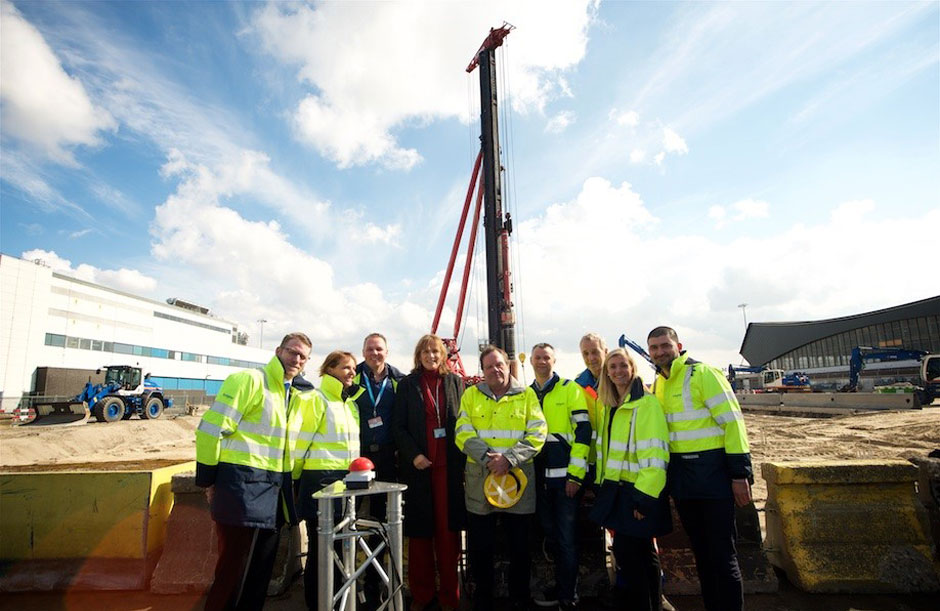 The construction of the new pier sees Schiphol well on the way to becoming even better and more appealing for more than 68 million travellers a year. To facilitate the construction, 36 aircraft stands were relocated and over 1,000 piles were driven in. Furthermore, 20,000 m2 of concrete had to be removed. ‘We broke up the concrete, lugged it away and then laid the new foundations’, says Schiphol’s Project Director Gerard Geurtjens. ‘And all that time we had this day in the back of our minds.’

Paving the way for what lies ahead

Following his kick-off, Birgit Otto, COO Royal Schiphol Group, said a few words and thanked everyone that has been involved in the project to date. ‘You have worked extremely hard on this project and have paved the way for what lies ahead. Construction work. Actually building the structure and seeing the contours of the pier emerge.’

Keen to find out what’s been done so far on the construction of the new pier at Schiphol? Or want to know what’s scheduled?
Read everything about the new pier