News: Contract agreed for plot 5b

Last week Schiphol and the contractor BAM Bouw en Techniek reached an agreement on the contract for plot 5b. Now that this contract has been agreed, work on this plot can begin. Work has been underway on plots 3 and 4 (both BAM Infra) since August. 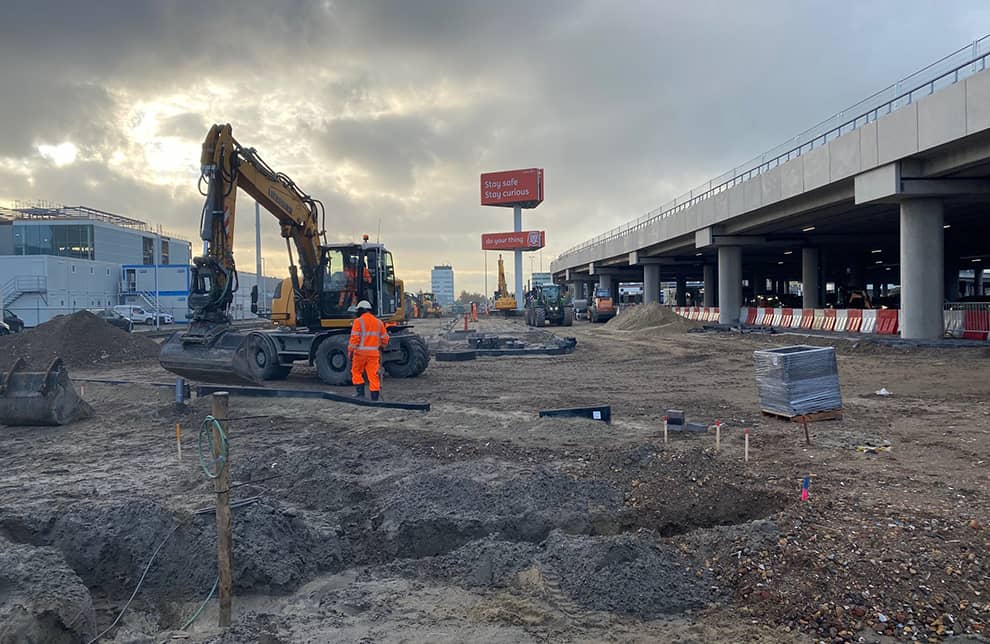 The contract negotiations took more time than had been planned, and this will affect planning for the VBW A project. A number of project components will be delivered later in 2023 than had been originally foreseen.

At plot 5b, BAM is working on a sanitary building, a covered walkway, a covered centerpoint (all at the Koepelstraat) and a waiting area at car park P41.