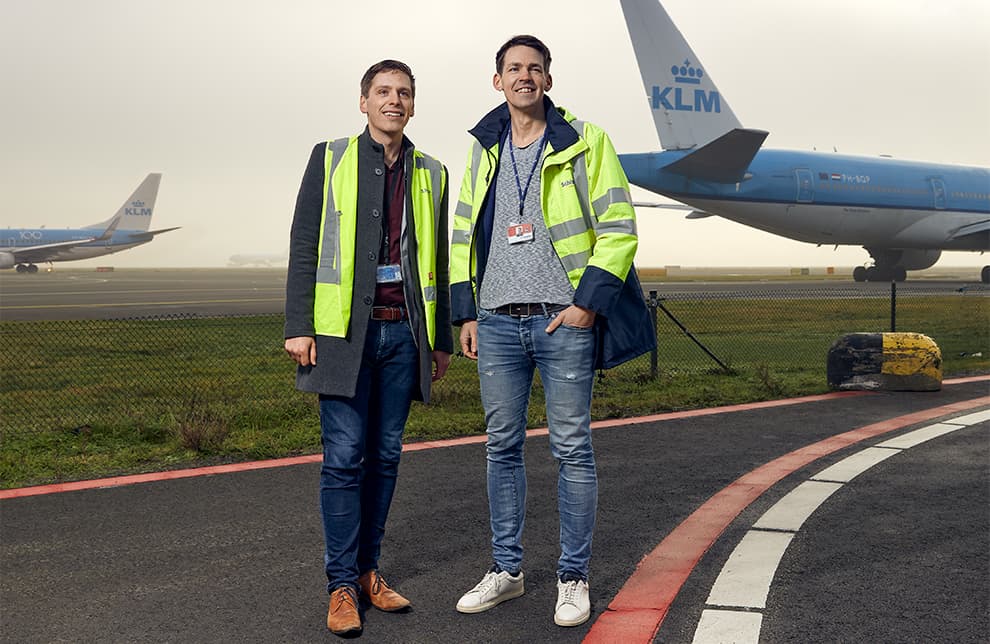 ‘When an aircraft is taxiing, the engines are still running. This produces emissions of CO², NOx and (ultra-)fine particulates. Schiphol aims to be a zero-emissions airport by 2030. This means we need to do something about taxiing in order to achieve that. With sustainable taxiing, the idea is that aircraft no longer use their engines when taxiing, but are towed to and from the runway by a tow truck. This saves on kerosene and reduces emissions.’

‘That may sound simple, but we have a long way to go. Together with the sector, we’ve just launched the first phase. We’ll soon see the arrival of Taxibot, a special tow truck, at Schiphol. There are only six of them worldwide. One way we will use it is to explore how we can incorporate sustainable taxiing in operations and how this can be achieved at scale. We expect to publish a feasibility study later this year.’