Nearly 50% of our passengers travel to our airports by public transport. That’s already a lot – but we want to increase that percentage. Extra government investment is needed to make the transportation to and from our airports even more sustainable. Schiphol is a long-time supporter of extending the North-South metro line to Hoofddorp, via Schiphol, and the Lelystad, Rotterdam and Eindhoven regional airports are also keen to achieve better accessibility by public transport. 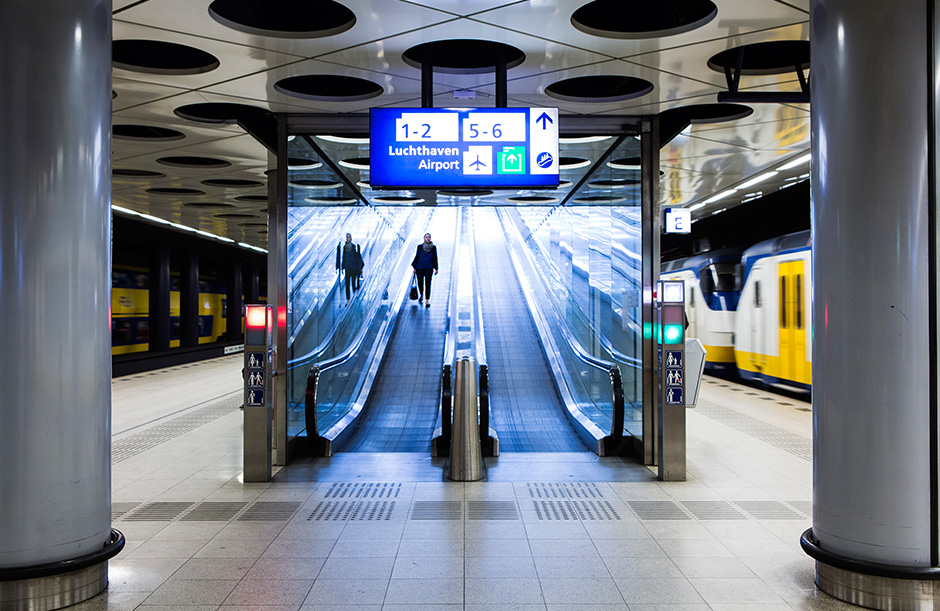 What are we planning for the long term?

With six platforms and four tracks in the tunnel, the capacity of Schiphol railway station is limited. The North-South metro line needs to be extended to include Schiphol, to take some of the pressure off the railway station. A metro station at Schiphol will mean that fewer local Sprinter rail services will be needed and there will be more space for Intercity trains. Another key pillar of the argument for an extension of the North-South line is the capacity this project will create for international trains, making it possible for more short-haul flights to be replaced with rail travel.

Extending the rail service from Lelystad Centrum to Lelystad Airport will help make the airport more accessible by public transport. The feasibility of this option will be ensured by attracting enough passengers. Eindhoven Airport is committed to improving the airport’s public transport links even further by establishing a new rail connection close to the airport.