Did that plane just make a whale sound?

No, your ears aren’t playing tricks on you. Anyone living near Schiphol's runways has undoubtedly heard some kind of whale sound while a plane was flying over. In addition to the normal sounds made by aircraft engines, some planes also produce a kind of singing noise during landing. And it sounds a lot like whale song. We explain why in this blog.

Are you familiar with that scene in the animation film Finding Nemo where Dory talks to a whale? She makes long, melodious noises with an emphasis on the ‘ooh’ sound. This was based on the sounds made by humpback and blue whales – the biggest whales on the planet. You can hear a similar kind of ‘ooh’ sound when certain kinds of aircraft, like the Embraer E2 and Airbus A220, approach the runway.

Resonance in the combustion chamber

The Brazilian aircraft manufacturer Embraer studied the noise and discovered where the whale sounds were coming from. When the aircraft engines turn at a certain frequency during landing, it creates a resonance in the engine’s combustion chamber. The noise is caused by those vibrations (resonance). The noises and vibrations are nothing to worry about, but it does sound different to what you are used to. Embraer has announced that they are redesigning the combustion chamber and will be testing it next year. 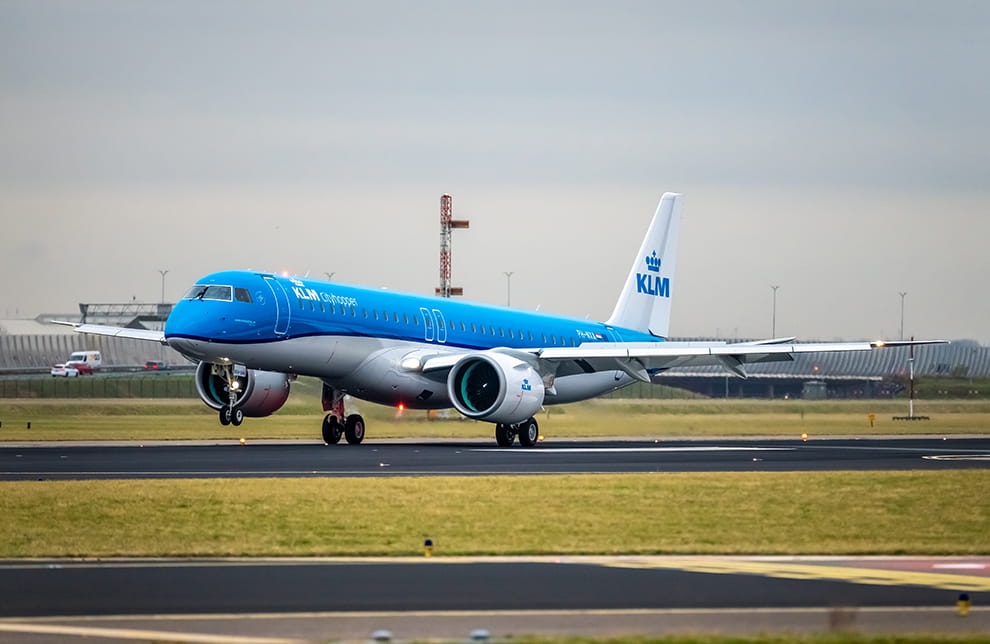 Despite the whale sounds, aircraft types such as the Embraer E2 and Airbus A220 are some of the quieter and cleaner aircraft we welcome here at Schiphol. The E195-E2 uses 9% less fuel and therefore produces 31% less CO2 per passenger compared to the E190. This type of plane is also 63% quieter than its predecessor, the Embraer 190. Good reasons for airlines to choose these aircraft types when renewing their fleet.

There doesn’t seem to be an obvious link between planes and whales. However, Airbus does have a special whale-inspired plane. The Airbus A300-600ST Beluga is a cargo plane that resembles the white beluga whale. This aircraft is able to transport extremely large cargo, such as parts for space stations and even other planes! We hardly ever get to see this special plane at Schiphol, so we cannot say whether or not it also makes whale sounds. But it’s certainly an impressive sight!

Thank you to KLM Cityhopper and Embraer for providing an explanation about these whale sounds.