Which landing systems do Schiphol runways have?

Pilots can make use of landing systems when landing aircraft on the runways. All runways at Schiphol are equipped with an Instrument Landing System (ILS) and a Precision Approach Path Indicator (PAPI). Pilots can also land using a beacon (VOR/DME), GPS or rely fully on sight. But now, let us explain how the ILS and PAPI systems work. 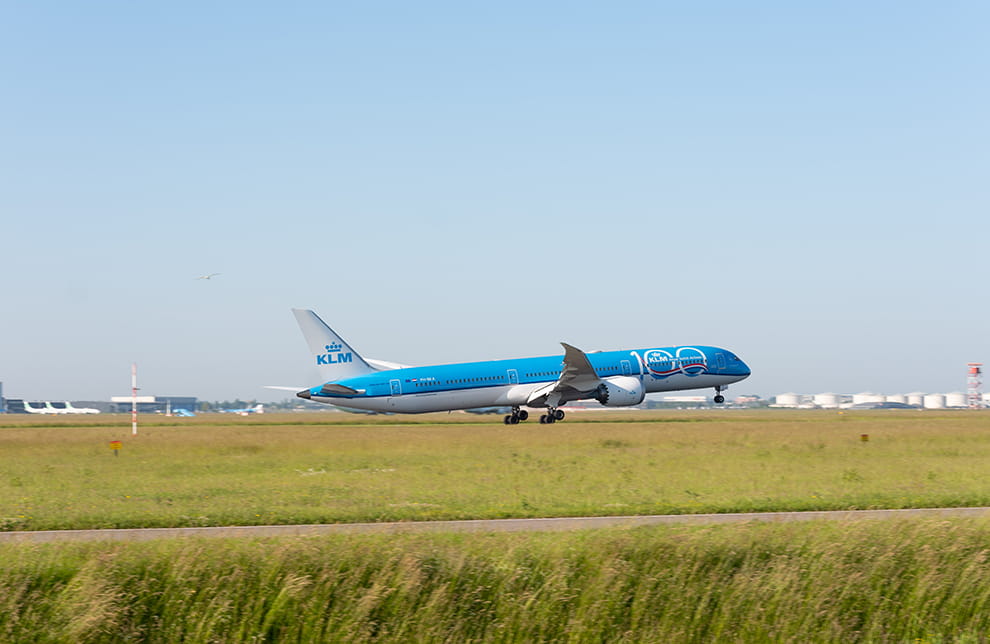 What is an ILS?

ILS stands for Instrument Landing System. This system helps aircraft to make a gradual approach towards the runway, in a straight line and at a fixed angle, in all visibility conditions. The ILS guides the plane to the right position (horizontal guidance) and simultaneously indicates the correct altitude (vertical guidance). The ILS sends out a signal that aircraft can pick up around 11 kilometres away from the runway. From that point, the pilot can use the ILS signal to help them land the plane. A major advantage of this system is that aircraft can approach on autopilot, for example when visibility is poor.

What is a PAPI?

PAPI stands for Precision Approach Path Indicator. This system consists of 3 different coloured lights that allow the pilot to see whether the aircraft is keeping to the correct descent angle of 3 degrees when landing. The PAPI therefore has the same function as the ILS’ vertical guidance, but then using the pilot’s own vision. During an optimal landing, the pilot sees half of the lights turn red and the other half turn white. This means that the aircraft is following the best possible path towards the runway. This system was originally used for aircraft carriers.

The landing systems then need to be recalibrated so that they emit extremely accurate signals. Measurement vehicles on the runways and test flights are involved in the testing of signal accuracy. During a period of 4 to 6 hours, a special measurement aircraft makes various descents towards the start of the runway from varying heights. After these test flights, and once the proper functioning of the landing systems has been established, the runway can be deployed again.

After an ILS has been completely renewed and test flights carried out, there is a period during which it can only be used in good visibility conditions. According to international safety standards, the new ILS must have been working reliably and stably for five weeks before it can also be used at times of reduced visibility (less than 550 metres or a cloud base lower than 60 metres). During this time, the runway cannot be used when there is limited visibility but it can be used for take-offs.