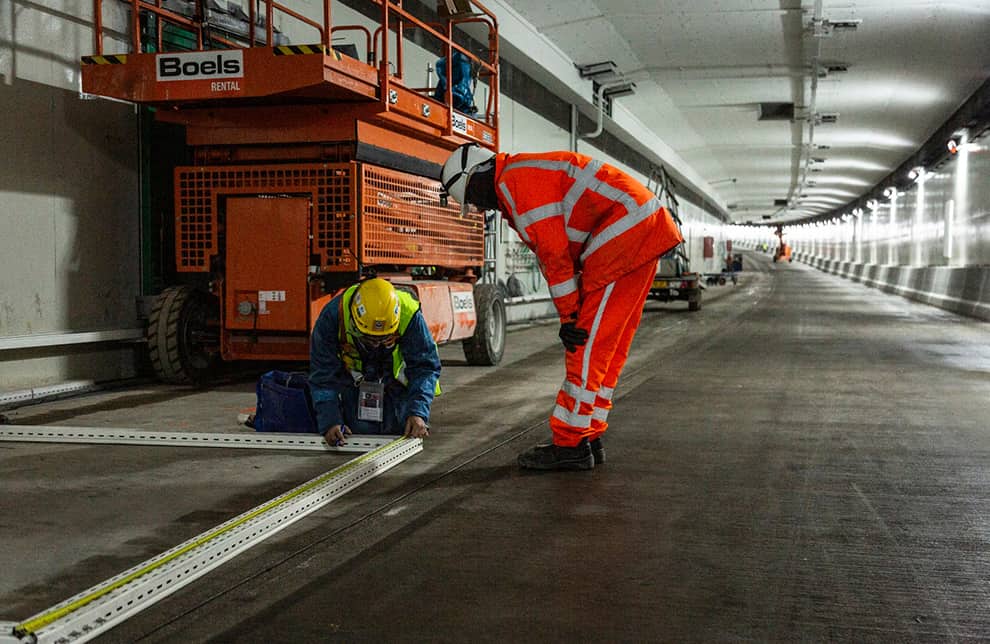 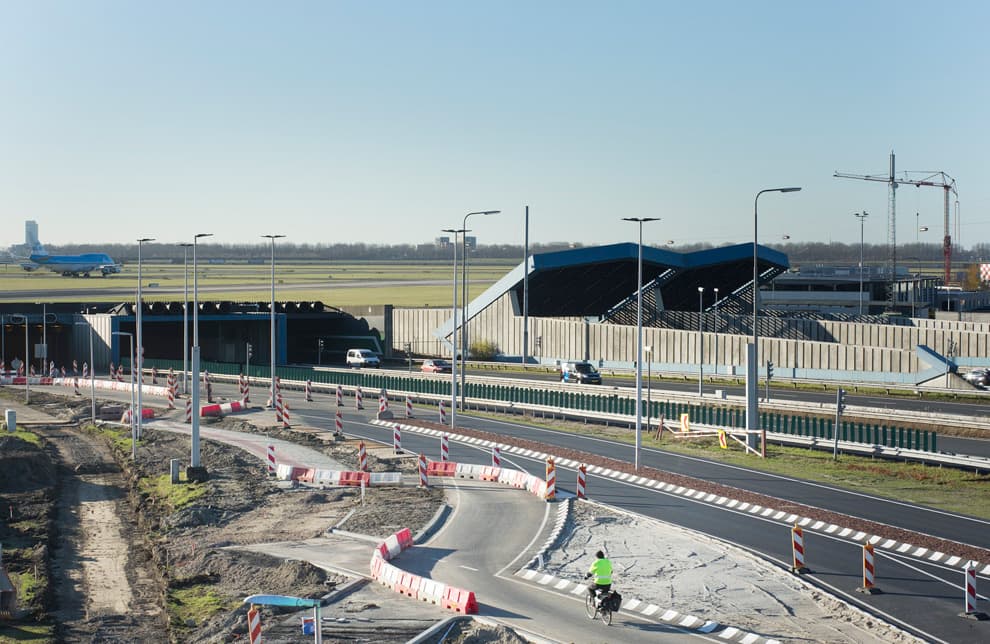 Renewal of the tunnels

The renewal of the tunnels has taken three years of work. The Buitenveldert Tunnel had the most radical renewal. There were intersections created before and after the Buitenveldert Tunnel to steer traffic in the right direction, so that there is now only one-way traffic in the tunnel. This also makes it possible to easily redirect traffic in case of an accident in one of the tunnel tubes. In addition, new concrete was poured for two of the four pipes. Both the Buitenveldert Tunnel and the Kaagbaan Tunnels were equipped with new safety systems. Those safety systems include new lighting, public address systems, fans, escape routes and fire extinguishing systems. The tunnels are now also monitored 24/7 by the Control Centre in the terminal. Furthermore, the tunnels comply with the renewed Tunnel Act.