During major construction work, such as the renovation of Terminal 1, it’s not unusual to encounter the occasional surprise. Prior to mid-March, who could have predicted that we’d find ourselves in the middle of a worldwide pandemic? And as if that wasn’t enough, Departure Hall 1 had another surprise in store. As you can imagine, all this has had an impact on our work schedule. Time for an update. 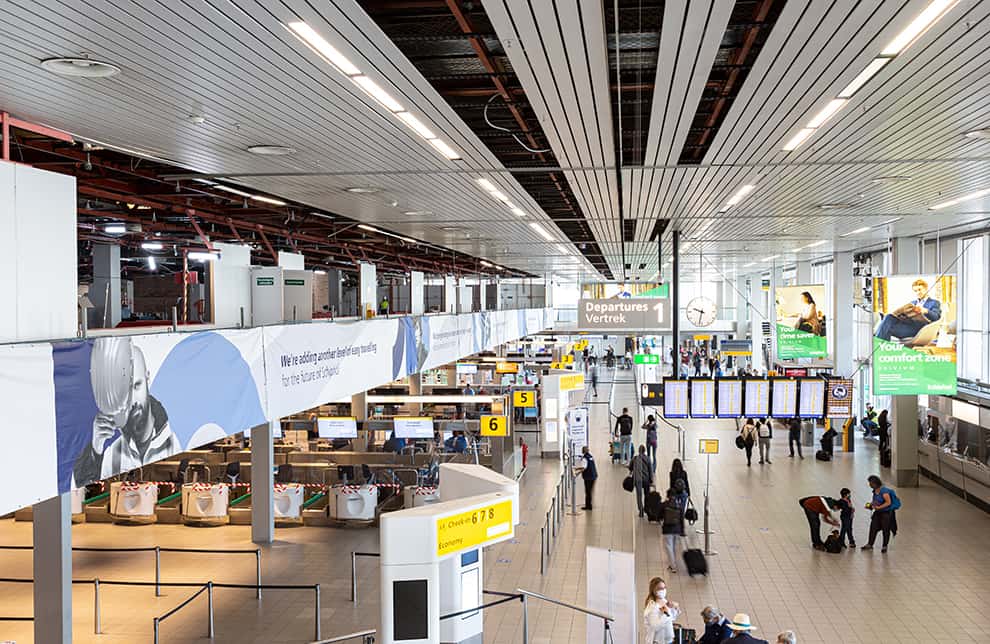 Construction work in Departure Hall 1 has now been underway for over two years. A lot has been achieved since 2018! For example, a mezzanine has been constructed as an extension to the second floor, a whole new access route to the Panorama Terrace has been created and two new business class lounges have reached completion. Everything seemed to be right on track.

According to the original schedule, the first mezzanine security lanes were due to be operational this summer. Unfortunately, that didn’t quite go to plan. The main culprit was the amount of asbestos we encountered during the renovation work in Departure Hall 1.* Asbestos removal is a painstaking process that needs to be carried out by experts, and that takes time.

This unwelcome discovery has resulted in a revised schedule. We now aim to have the first ten security lanes on the second floor up and running at the end of November. This leaves a further eleven security lanes, which will be phased in over a matter of months. In May 2021, all 21 second-floor security lanes will be fully operational, around six months behind schedule. 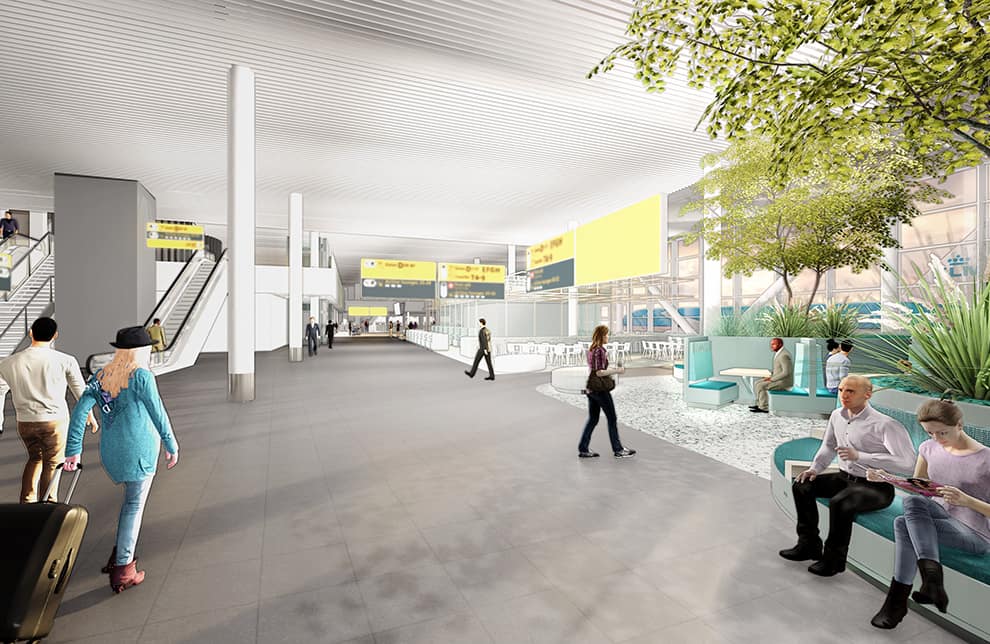 The second stage of this project is the redevelopment of Departure Lounge 1. We are currently in the design phase. Some work has already begun: earlier this year construction began on toilet facilities in the Runstraat and part of the new tiled floor in this area has already been laid.

The start of the remaining work had originally been scheduled for 2021. This has now been postponed due to cutbacks necessitated by the coronavirus crisis. The Schiphol Group Management Board has reviewed all major investments for the coming years and concluded that postponing this construction work will result in substantial savings.

*No asbestos was ever released during the work, and there was absolutely no danger to passengers or employees.