News: 352,580 tonnes of sand for new viaduct and elevated taxiways

Since September, we have been working hard on the construction of a new taxiway including a viaduct for aircraft over the A4 motorway. This new taxiway is needed to complete the system of double taxiways around the Schiphol terminal area The new taxiway obviously also needs to be linked up to the existing taxiways, and we have now started on this part of the project. 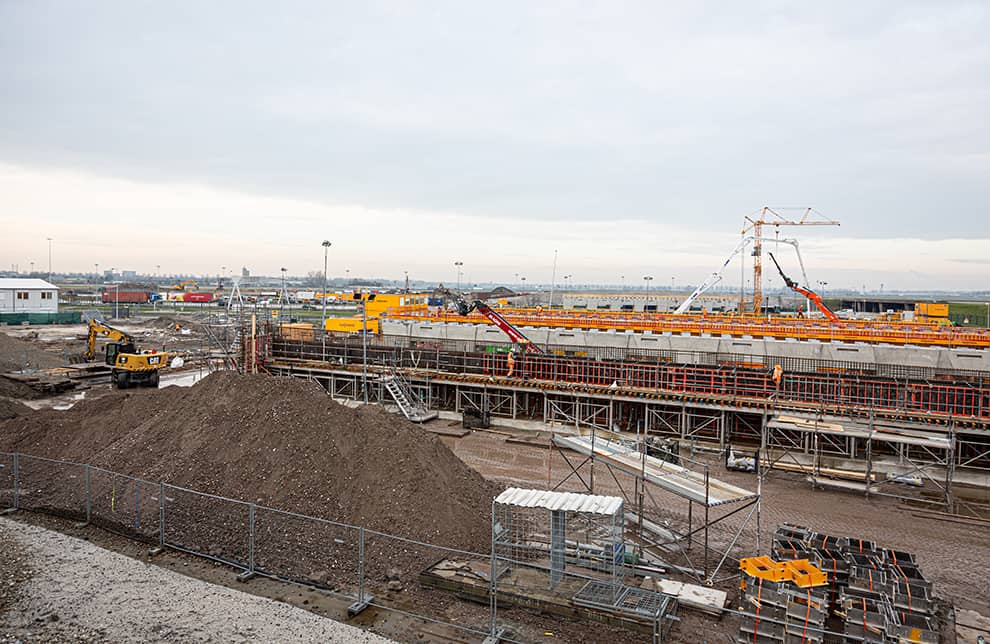 The viaduct is already beginning to take shape. We used a huge mould to form the concrete foundation of the viaduct, which is currently parked between the main taxiways and the taxiways parallel to the A4 motorway. During the coming weeks, the motorway will be altered somewhat to ensure that the contractor can work safely on the new viaduct. New concrete barriers will also be installed along the A4 motorway to help tie everything together. 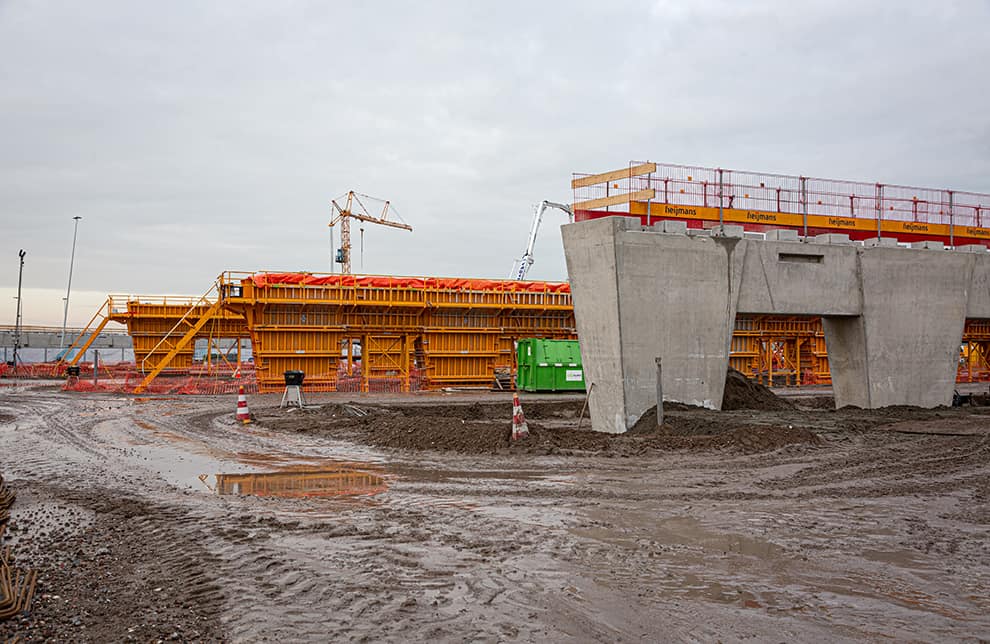 The design of the new viaduct has to meet various conditions, such as being suitable for certain vehicles to pass both under and over it. As a result of these requirements, the new viaduct will need to be higher than the Zulu intersection and the surrounding taxiways. The new link to the Zulu intersection and the taxiways was reassessed to determine if it meets EASA requirements for gradients and lines of sight (from the aircraft). 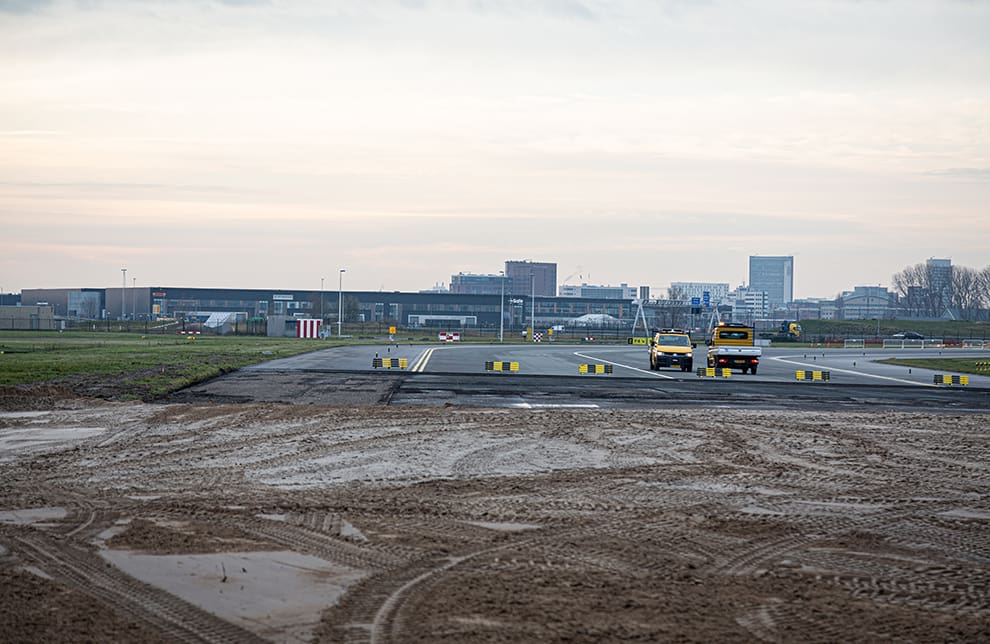 The result of this assessment is that the Zulu intersection and nearby taxiways have to be elevated to comply with EASA guidelines. We will be working on this in the coming period, and at the same time we will carry out the work to link the new viaduct to the Zulu intersection. In order to do this, we first need to remove existing asphalt layers, re-route the cabling for the taxiway lighting and modify the drainage system. We will then elevate the taxiways using sand in combination with new foundations and asphalt layers. 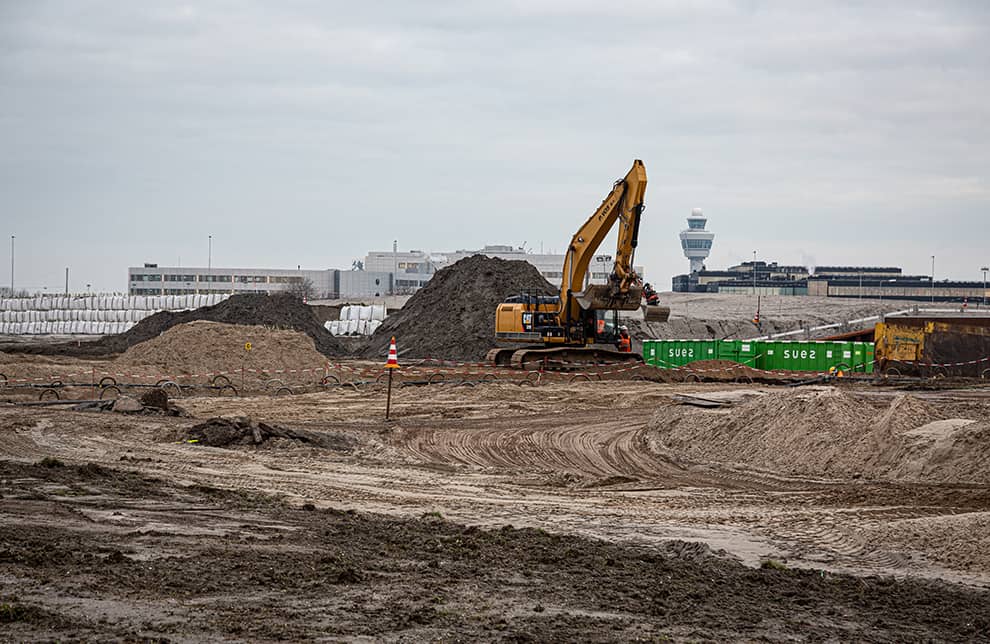 Since August we have been carrying truckloads of sand to two locations: the areas around the Zulu intersection and around the Snipweg/Pelikaanweg intersection, where a number of buildings used to stand. This sand was applied at an early stage so it can settle and the subsurface will be sufficiently stable when we start constructing the new taxiway. This will ensure that no cracks arise after we install the foundation and the asphalt. In the coming period we will be bringing even more sand to the Zulu intersection to elevate the taxiways there too.