Weather conditions: Taking off and landing

Storms, lightning, mist, wind, rain, hail and snow: the weather can be a real headache when you want to fly. It’s easy to see how taking off and landing in poor weather conditions is a real challenge for pilots. They want to take the safest route for their aircraft; what they absolutely don’t want is poor visibility, gusts of wind or slippery runways. It’s good for the pilots that Schiphol has several runways facing different wind directions, but we appreciate that this can cause inconvenience for the airport’s neighbours.

Runway use in bad weather

Under normal weather conditions, Schiphol uses the runways that cause the least disturbance to the local community. However in poor weather, Air Traffic Control the Netherlands has to choose the safest runways for the aircraft. The deciding factors are the strength and direction of the wind, together with visibility. This policy is necessary for both pilots and air traffic control; the pilots need to be able to see below the clouds and the air traffic control tower must be able to see the aircraft. Another consideration is that in that situation we will no longer be operating at maximum capacity: in the interest of safety, fewer flight services will be taking off and landing at Schiphol.

Pilots prefer to take off and land with their aircraft facing into the wind. This creates greater lift under the wings, which helps them get off the ground on shorter runways. And when an aeroplane is coming in to land, a headwind makes it easier to slow down. Aircraft that take off with a tailwind need a much longer runway to get airborne, and we don’t have runways that long at Schiphol. It’s not a good idea to land with the wind behind you, either, as aircraft will be travelling much too fast when they touch down. 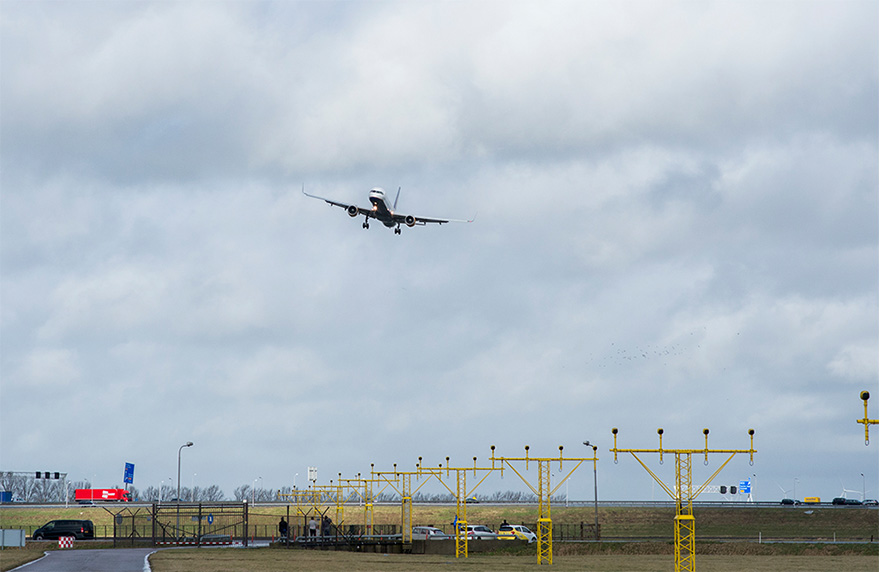 Cross winds can also cause real difficulties. Most types of aircraft can take off and land with a slight cross wind, but but as soon as the crosswind above the runway is strong - e.g. due to a gust of wind or a sudden change of direction, the wind increases - we can no longer use that runway and we have to switch to a runway facing in a different direction. This may mean that you hear more aeroplanes than usual. If the wind is stormy or even hurricane force, aircraft may even have to fly to a different airport. 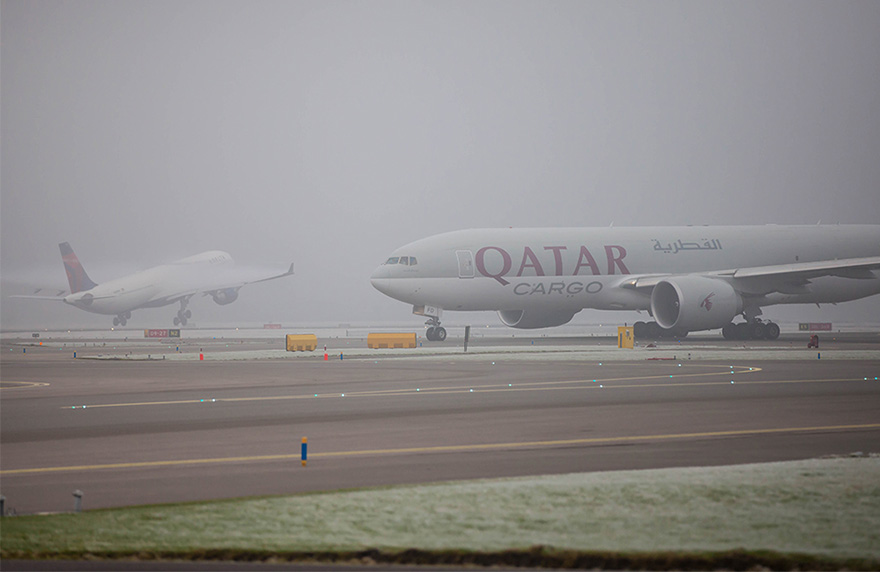 It’s not only the wind that plays an important role in runway use at Schiphol; the combination of runways we use also depends on visibility. The less visibility we have through the cloud cover, the bigger the gap needs to be between aircraft coming in to land. If the air traffic controllers and pilots have a visibility of less than five kilometres, or if the cloud base falls below 2,000 feet (about 660 metres), we say that visibility is poor. In those conditions we can only use runways that are quite far apart, to ensure that aircraft cannot cross each other’s path if they need to restart their landing run. Radar systems and instruments are a huge help to pilots and air traffic controllers, but they also need to be able to see through their windows in order to make a safe landing. 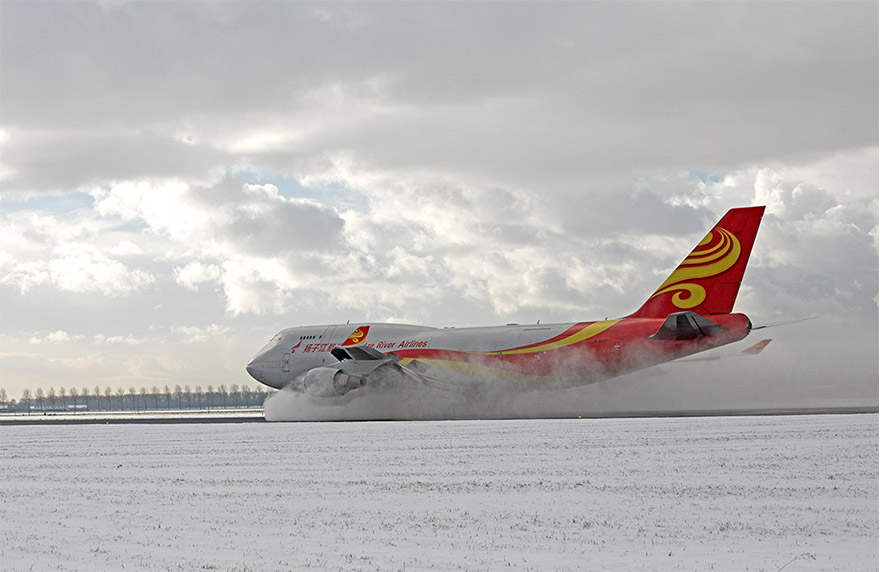 The winter weather makes for beautiful scenes, but when the runways are snowy or frozen it’s tricky to take off and land. At Schiphol we do our best to keep runways free of snow and ice in wintry weather conditions. This also has an impact on runway use and on the number of aircraft that can take off and land.