A look ahead at air traffic

Runway use at Schiphol

Schiphol has six runways: Kaagbaan, Polderbaan, Aalsmeerbaan, Zwanenburgbaan, Buitenveldertbaan and Schiphol-Oostbaan. Which runways we use depends on the availability of the runways, the wind and weather conditions and the environmental regulations for runway use. In principle, two runways are always in use: one for departing and one for arriving aircraft. At peak moments, a second runway may be used.

Read more about flight paths and runway use here In the period of 29 August - 11 September, the Kaagbaan was one of the most frequently used runways. Around a third of all flights took off from or landed on this runway.

In the period of 29 August - 11 September, the Polderbaan was the most frequently used runway. More than thirty-three percent of all flights took off from or landed on this runway.

Between 29 August and 11 September, the Aalsmeerbaan was deployed as a secondary runway during the day at peak times or when other runways could not be used due to works or weather conditions.

The Schiphol-Oostbaan was only used a few times between 29 August and 11 September. Between 5 and 9 September, it was deployed for landing during peak times due to a combination of weather conditions (including showers), air traffic volumes and maintenance on the Buitenveldertbaan.

Notifly, the app for air traffic

Having Notifly on your phone means you’ll always know how many planes are expected to fly over your location. Check the forecast up to 24 hours ahead and receive a notification if the forecast changes. 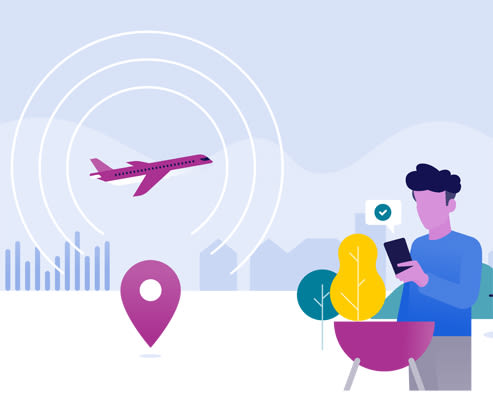