News: Making space for a second viaduct over the A4

There is a ring of double taxiways around Schiphol’s terminal that is used to efficiently process the flow of departing and arriving planes. Unfortunately, that ring is not yet complete. Aircraft have had to make do with a single runway, the Quebec, on the section between the Kaagbaan Runway and Zwanenburgbaan Runway. we will be converting this taxiway to a dual taxiway in the coming period. That means we will have to make space for a second viaduct to be built across the A4. 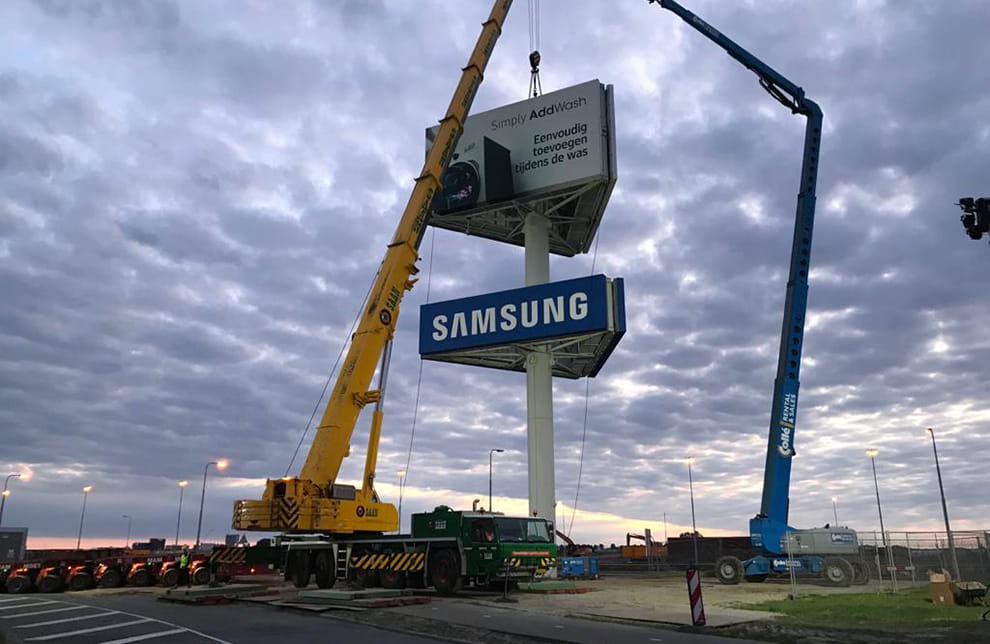 The Samsung advertising tower on Rijkerstreek was moved to Uiverweg last weekend, which was a very big operation. The 26-metre high tower was split into 3 separate parts then moved by a telescopic crane on special modular transporters. They transported the mast to its new destination, where it was reassembled on a foundation that was laid earlier. Rijkerstreek was closed to all traffic so the move could be carried out safely.

Watch the timelapse clip below to see the operation in practice.