Air Cargo Europe took place in Munich, Germany, this June and, as always, it was a successful week of networking and catching up with our industry colleagues.

Amsterdam Airport Schiphol (AMS) also made a special announcement at the booth about the collaboration with Hartsfield-Jackson Jackson Atlanta International Airport (ATL) in the USA. 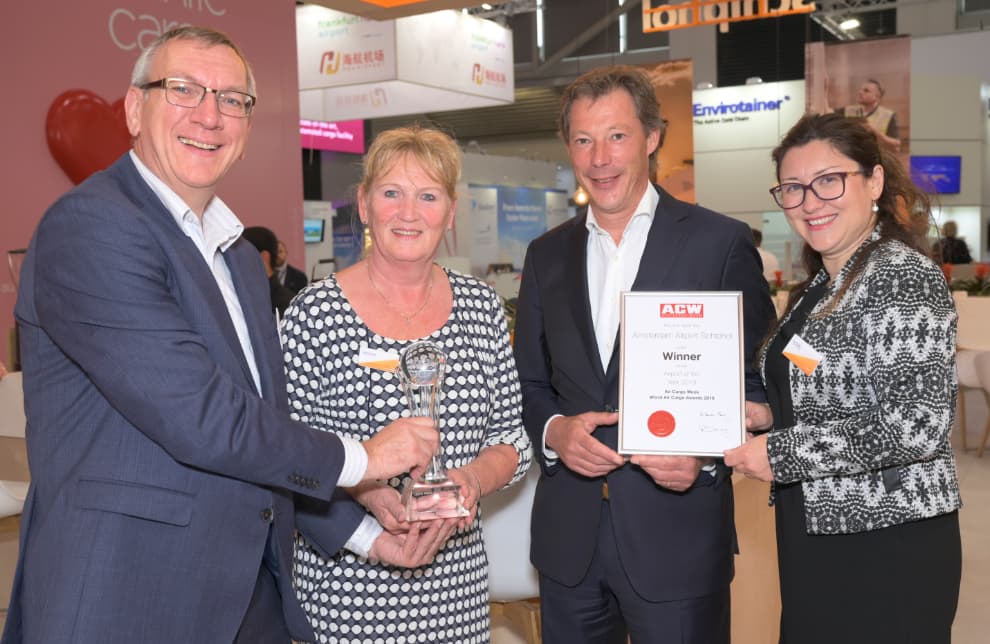 Bart Pouwels, Head of Cargo at AMS, announced that the Memorandum of Understanding (MoU) with ATL will create a new trade and logistics corridor between metro Atlanta and the Netherlands, enable an exchange of data between the two hubs to facilitate end-to-end planning and capacity optimisation, and extend the benefits of the AMS Cargo Community to ATL.

“This collaborative agreement will enable us to promote the benefits of strengthening the Netherlands as a gateway to Europe, and Atlanta Airport as a gateway to the Atlantic, the Midwest, and the South of the USA,” said Pouwels.

“Not only is this good news for Amsterdam Airport Schiphol by expanding our Cargo Community with Atlanta, but it will also benefit the economy of the Netherlands by further establishing Schiphol’s Mainport hub role.”

The agreement will connect the key cargo operators and logistics providers at AMS and ATL and coincides with the ongoing Smart Cargo Mainport Program (SCMP), which focuses on sharing data and other collaborative initiatives to optimise air cargo flows.

Airport of the Year

The winners were selected from an initial nomination stage, followed by the announcement of a shortlist and a voting stage for readers of Air Cargo Week.

AMS was recognised for its commitment to cargo development, innovative approach to digitising processes through the Smart Cargo Mainport Program (SCMP), and ongoing collaborative projects within the Cargo Community.

We're happy to assist anytime. Please get in touch.