Amsterdam Airport Schiphol was recognised for its commitment to cargo development and innovative solutions, such as the Smart Cargo Mainport Program. 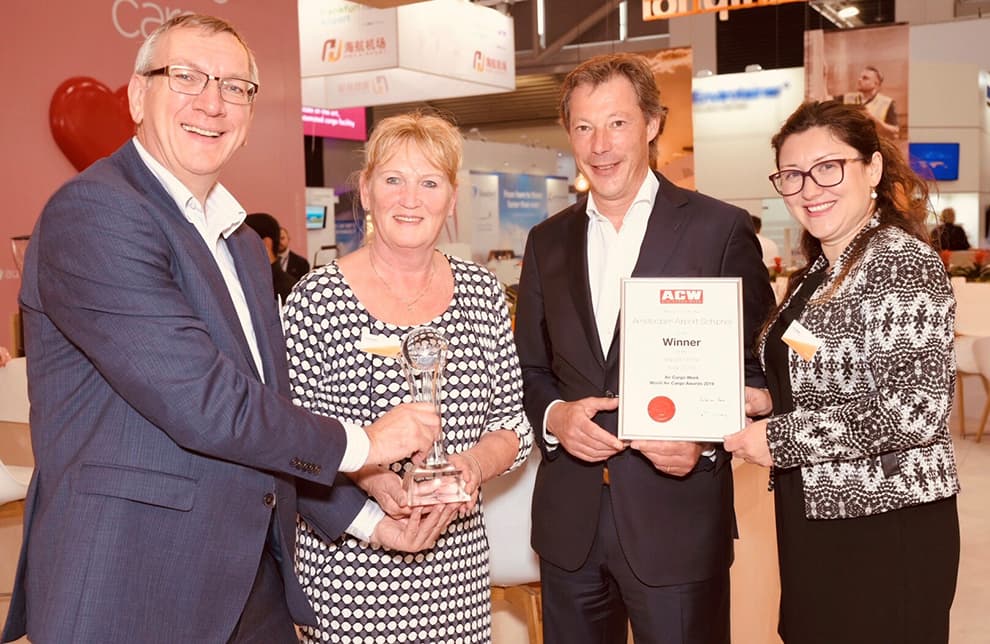 The cargo team at Amsterdam Airport Schiphol is celebrating after winning the Airport of the Year 2019 Award at the Air Cargo Week World Air Cargo Awards.

Schiphol was recognised for its commitment to cargo development, innovative approach to digitising processes through the Smart Cargo Mainport Program (SCMP), and ongoing collaborative projects within the Cargo Community.

“At Schiphol, we are dedicated to operating an efficient and smart cargo hub and we are committed to delivering high-quality products and services to our customers,” said Bart Pouwels, Head of Cargo, Amsterdam Airport Schiphol.

“In 2018, we maintained our position as Europe’s third largest air cargo hub, and we will continue to collaborate with the Cargo Community as we work to shape Europe’s smartest cargo hub through digital innovation and sustainable practices.”

The winners were selected following an initial nomination stage, followed by the announcement of a shortlist and a voting stage for readers of Air Cargo Week.