News: Polderbaan Runway available again as of 15 May

The major maintenance on the Polderbaan Runway is almost complete. As of 15 May, the runway will be available to aircraft taking off towards the north. We still have work to do on the section of taxiway Victor that leads to the Polderbaan, and there will be test flights on 10th and 14th May to check the new landing system. The runway will therefore be limited deployable during the first period. Air traffic will continue to use the Kaagbaan, Zwanenburgbaan and Buitenveldertbaan runways. 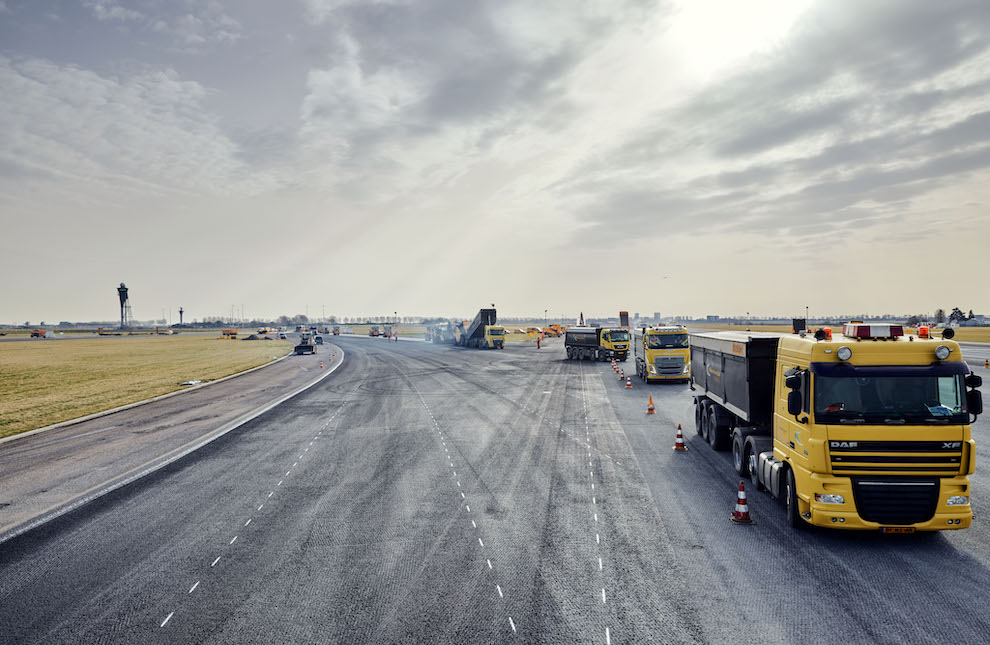 The maintenance works on the Polderbaan Runway had been scheduled for 25th January to 26th April. However, a period of frost in February meant that the works had to be put on hold. As a result, the runway will be available again later than planned. We had previously indicated 10th May as the date of completion but laying the asphalt on taxiway Victor took longer than planned due to heavy rain last week. That means we will still be working on the installation of the lighting on and around the taxiway until 14thMay. The Polderbaan will therefore be ready again on 15th May for take-offs.

The major maintenance on the Polderbaan Runway included replacing the Instrument Landing System (ILS) and Precision Approach Path Indicator (PAPI). On 10 and 14 May, NLR will be conducting test flights to check the landing system on behalf of Air Traffic Control the Netherlands (LVNL) and Schiphol. Two other dates have been reserved in the event that certain conditions prevent the test flights from going ahead as planned. They are Tuesday 11th May and Monday 17th May. The Polderbaan Runway can be used for take-off traffic from 15 May onwards when there is a north wind and sufficient visibility. A few days later, when visibility is good, landings can again be made on the Polderbaan Runway. In the meantime, incidental landings may take place on this runway. After about five weeks, the new landing system will have proven sufficiently reliable (international safety rules) and it will also be possible to land in reduced visibility conditions.

During this period, the Zwanenburgbaan Runway will not always be available due to maintenance and work on taxiways (31 May - 21 June). As a result, the Buitenveldertbaan and Schiphol-Oostbaan runways will be deployed more frequently when there is a southerly wind and when visibility is significantly limited.

During this period of maintenance works, LVNL updated the cameras used to process air traffic on the Polderbaan at night. You can find out more about that in this video. These new cameras, the new asphalt and the new lighting means that the Polderbaan Runway is again ready for the future.