News: Polderbaan maintenance to last two weeks longer due to period of frost

It has been more than a month since the Netherlands was in the grip of snow and icy cold conditions. We informed you about the effect of the persistent frost on runway maintenance in this news item. We now know that this period of frost has led to a two-week delay – the major maintenance on the Polderbaan Runway will last until 10 May, rather than 26 April. This also affects the runway maintenance set to occur later on in May and June. 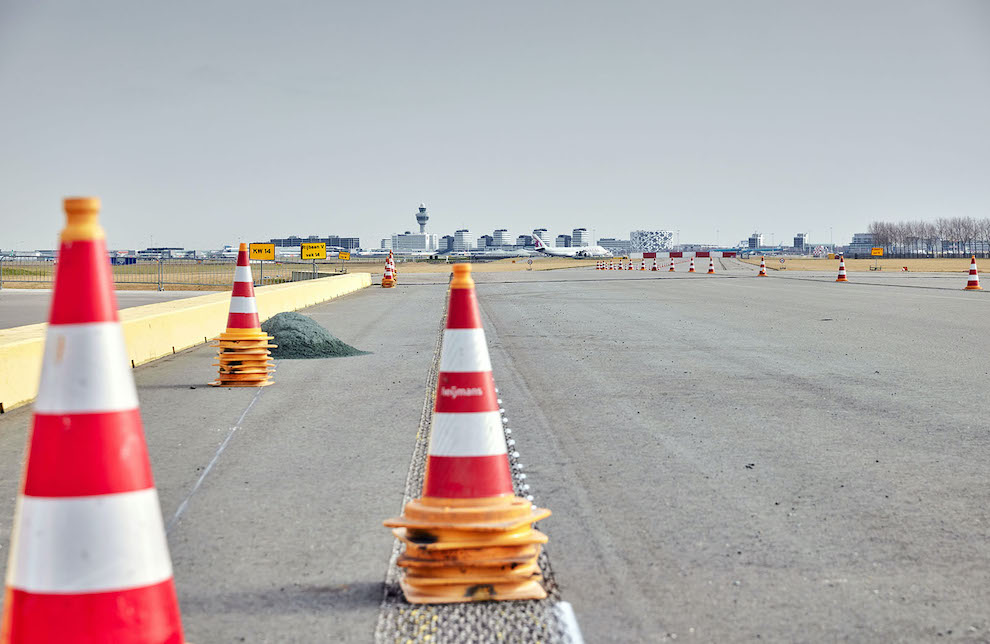 The cold weather in February made it impossible to work on the foundation, asphalt and lighting on the Polderbaan Runway. The ground and a lot of the materials, such as sand and cement, were frozen and needed to defrost before we could continue. In order to be able to work on the runway lighting, the ground temperature must be a few degrees above zero. The frost also had an impact on the works on taxiways Quebec, Zulu, Alfa and Bravo located to the south of the Zwanenburgbaan Runway. We could only resume all works after two weeks had passed.

Do you want to know which runways are being used for air traffic while these works are going on? Take a look at the runway maintenance webpage.