Public transport company Connexxion has been operating well over 200 electric buses at and around Schiphol since March 2018. This number increased to 211 electric buses in 2021 – one of the biggest electric bus fleets in Europe. Schiphol financed and established the infrastructure for the charging stations at the airport. The buses do not produce any CO₂, ultrafine particle or nitrogen emissions. This leads to better air quality and helps to slow down global warming. 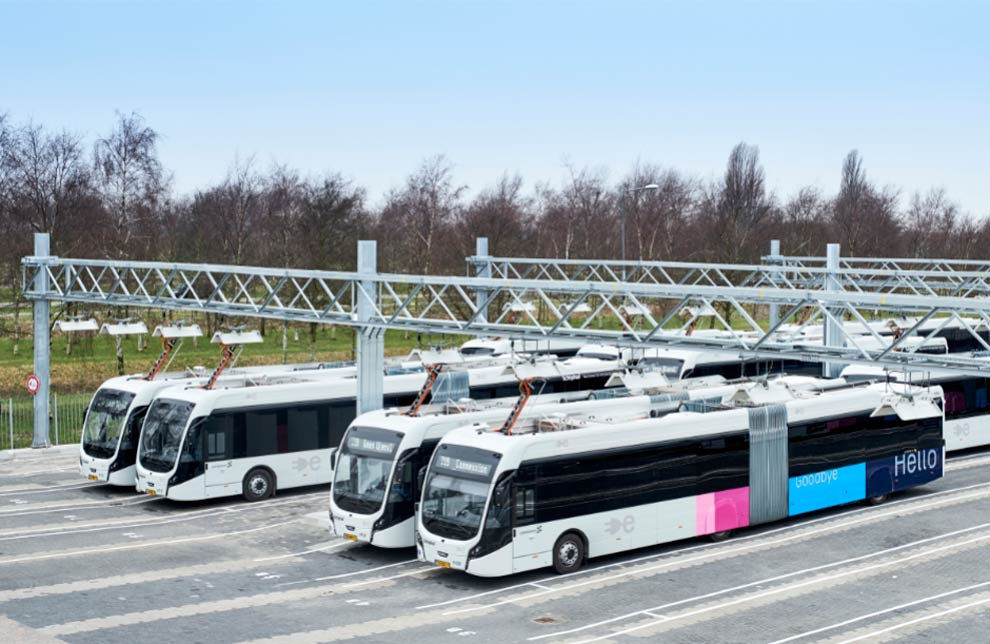 Schiphol made a conscious choice to use electric buses

These are Connexxion buses, but Schiphol made a conscious choice to use electric ones. A new contract for public transport at and around the airport was due at the end of December 2017. The Amsterdam Transport Authority and Schiphol decided that emission-free buses would be one of the criteria for bidders. Connexxion met this criteria and was awarded the contract.

How much of a difference do they make?

Schiphol is one of the largest hubs in the Dutch public transport system. Thousands of travellers, commuters and employees take buses at, to and from Schiphol every day. It is difficult to calculate exactly how much of a difference they make in terms of emissions. This depends on how many kilometres they drive and how many people they transport.