Since 1 January 2018, all Royal Schiphol Group airports run entirely on Eneco Dutch wind power. This is in line with our ambition to be an emission-free airport in 2030. 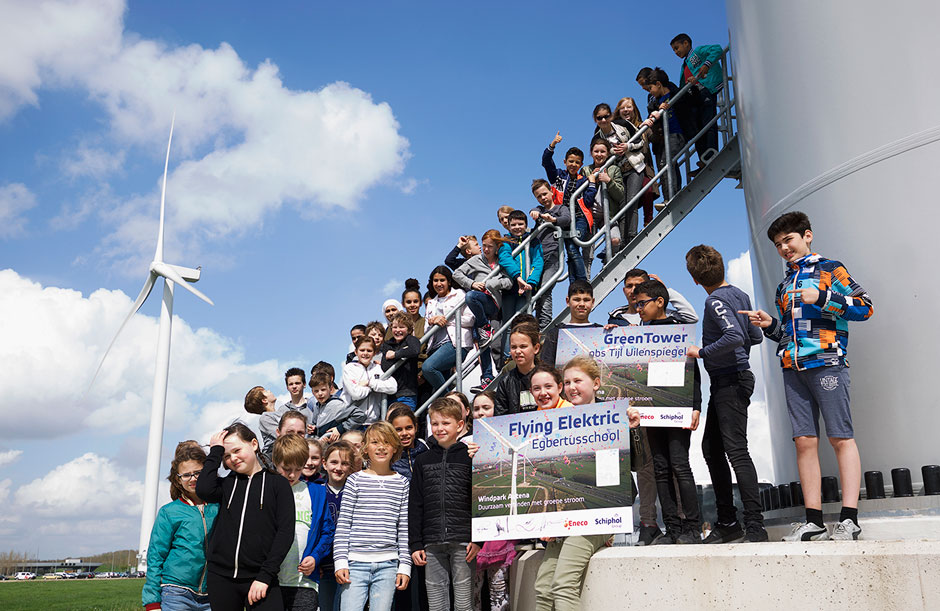 How much of a difference does it make?

Royal Schiphol Group made an agreement with Eneco to be provided with 100% sustainable electricity: wind power generated in the Netherlands. Eneco constructed new wind farms especially for Royal Schiphol Group. The first one to open was Autena in Vianen. Here, two windmills provide 10% of the energy that all our airports need. These windmills were given a name by two primary schools in Vianen: 'Flying Electric' (Egbertus primary school) and 'Green Tower' (OBS Tijl Uilenspiegel).