Hi Schiphol Tower, are we cleared for this blog?

You can find them high up in the control tower at Schiphol’s most lovely location. And with good reason! Thanks to the air traffic controllers, pilots know which runway to take off from or land on, and at which gate they need to park the plane. Air Traffic Control the Netherlands (LVNL) works 24/7 to guide air traffic at and around Schiphol. This is how it works… 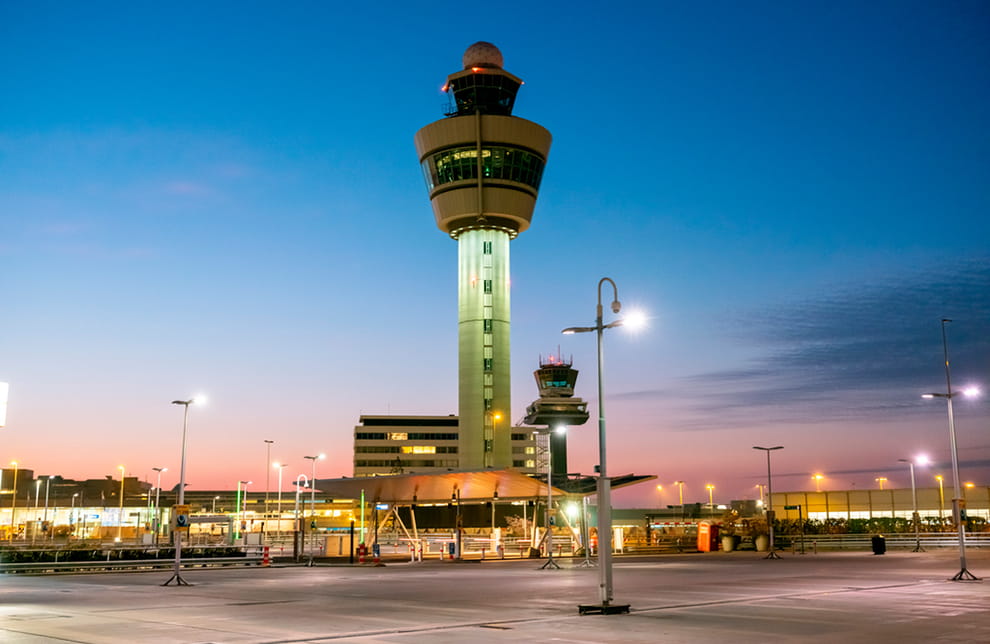 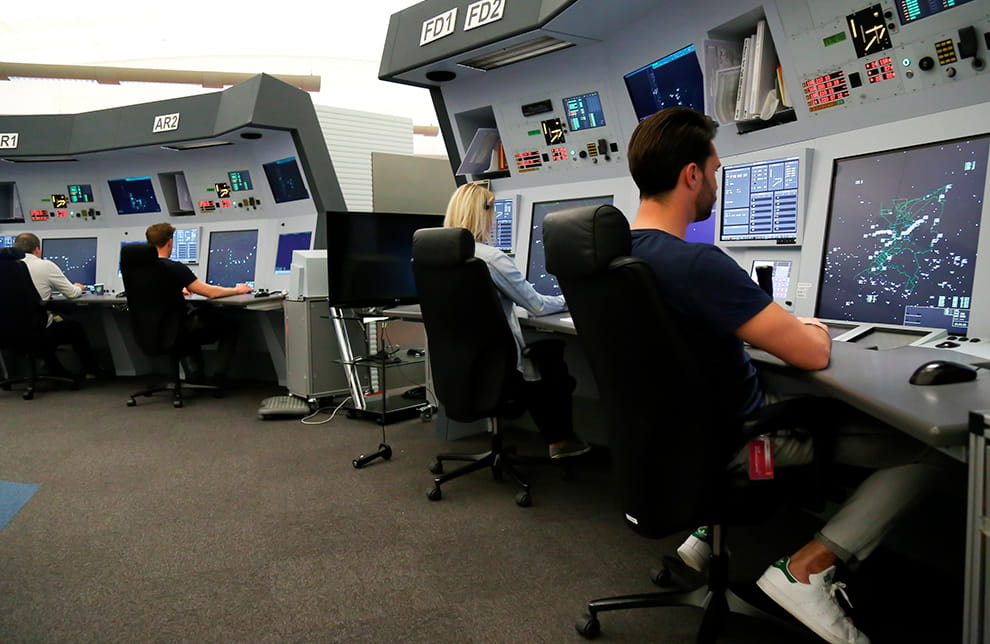 An aircraft that is more than 15 kilometres from Schiphol is not in direct contact with the tower, but receives instructions from the Schiphol Approach air traffic controllers. These controllers and assistants work using radar and can be found in the LVNL building at Schiphol East. They guide recently departed flights to the flight routes at a higher altitude. Air traffic that wants to land at Schiphol is guided from the flight routes to lower altitudes in the immediate vicinity of Schiphol, where they are handed over to the control tower.

The flight routes above the Netherlands up to a height of 7.5 kilometres (24,500 feet) are the responsibility of LVNL’s Area Control Centre. Air traffic controllers at Area Control make sure that air traffic departing from, arriving at and flying above the Netherlands is kept apart. If you’re in a plane that has to wait before it can make its descent towards Schiphol, it will be under the guidance of Area Control. These controllers also work using radar at the LVNL building at Schiphol East. 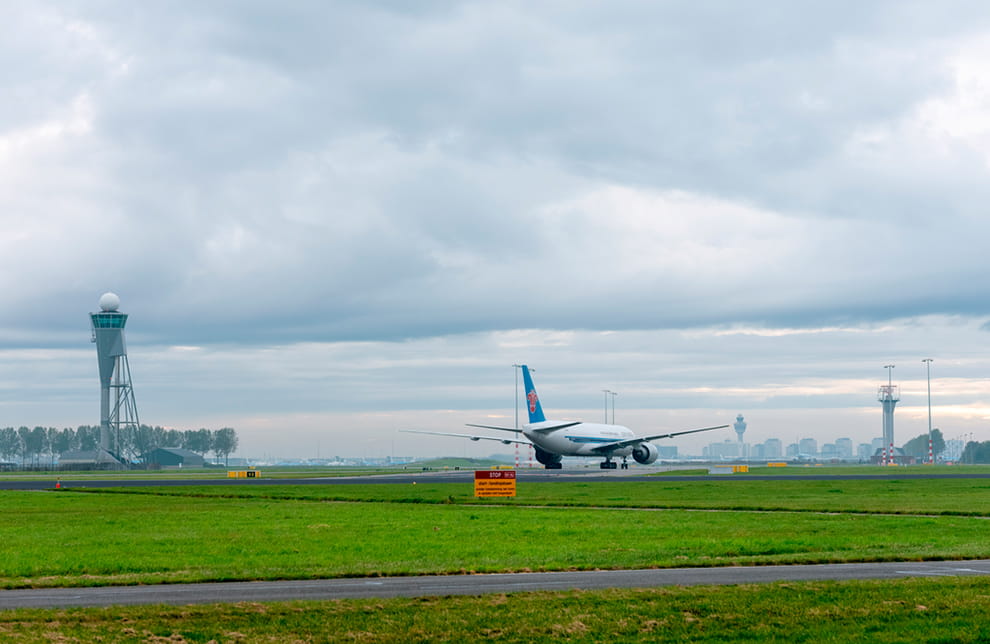 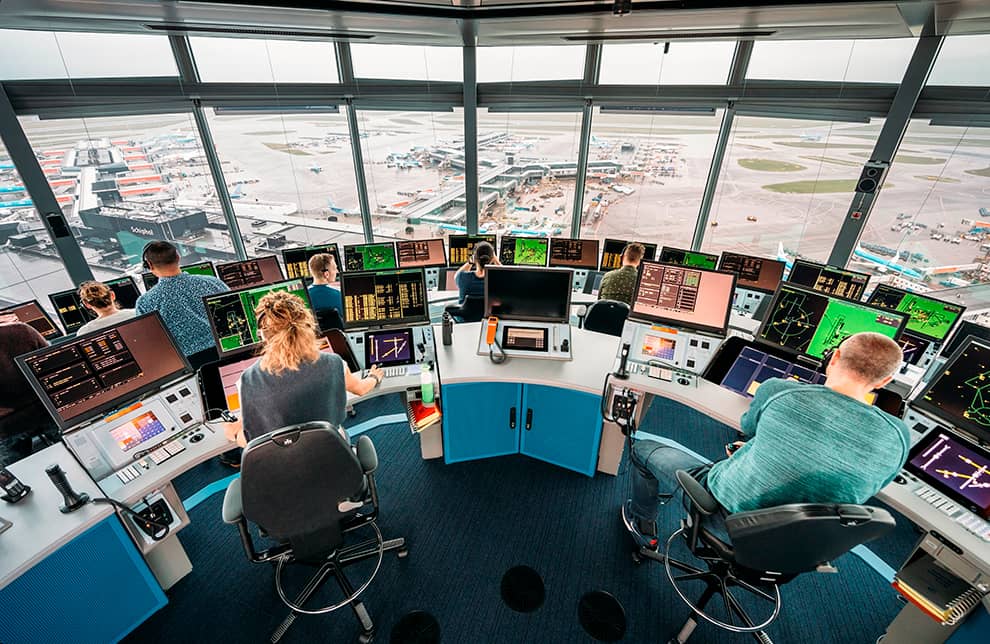 The air traffic controllers and pilots communicate in their own ‘language’, called Radio Telephony (RT), over radio waves. RT is basically English with a load of aviation terms and phrases mixed in. Air traffic controllers and pilots across the globe talk in RT so that communication can be kept short and clear. The pilot calls air traffic control with their flight number. The air traffic controller then repeats this flight number and gives the pilot instructions regarding route, speed and altitude. The pilot repeats this for confirmation. Numbers are articulated separately, so 180 is one-eight-zero and not one hundred and eighty. The NATO alphabet is used for letters. Schiphol is abbreviated as SPL, and is spoken as Sierra Papa Lima.