The United Kingdom (UK) left the European Union (EU) on 31 January 2020. A transition period in which the UK must comply with all EU rules and laws, is now in place until 31 December 2020. During the transition period the UK and the EU are continuing to negotiate their new relationship. This includes agreeing on how companies in the EU will be able to do business in and with the UK after the transition period. They will also negotiate on security cooperation. 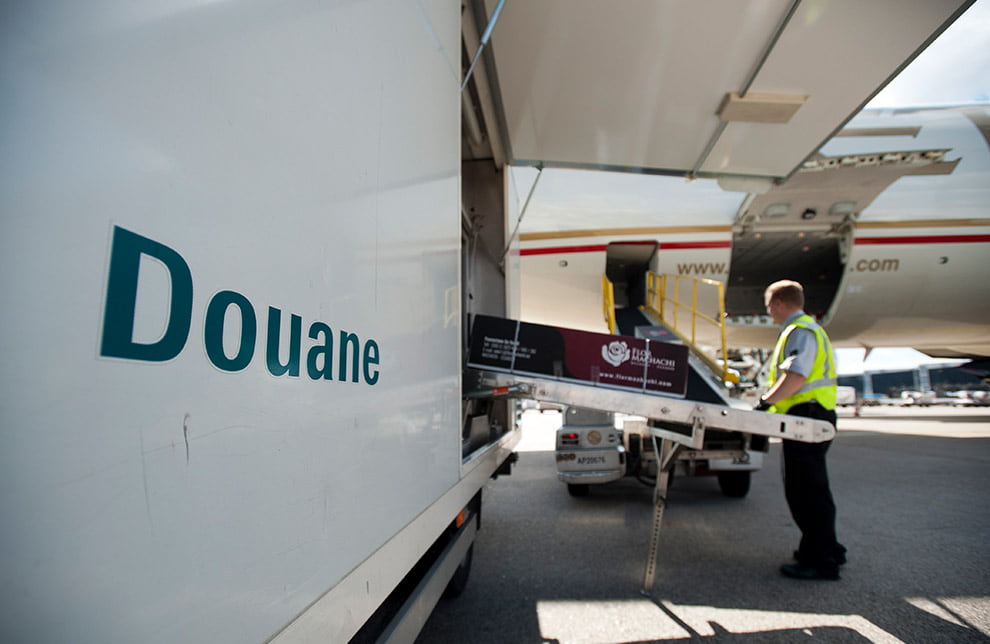 In general terms, a no-deal Brexit means that the UK should be considered like any other non-EU country without arrangements in which case the more unfavourable rules of the World Trade Organisation (WTO) apply with, among other things, higher import duties. In case of a no-deal situation, several things will change anyhow for air cargo:

It is expected that the European Commission in case of an imminent no-deal Brexit, will propose several emergency measures to, for example, temporarily guarantee the airway connections between the EU and UK. In case of a no-deal Brexit, normally after some period, commercial treaties will be concluded to simplify trade between the two regions

A thorough preparation for Brexit without an agreement on 1 january 2021 is and remains necessary. With or without a deal, as per 1 January 2021, Customs formalities need to be fulfilled and declarations need to be made in the Customs systems, for the trade with the UK. For agricultural shipments from and to third party countries, such as the UK, also additional import, export and transit procedures apply.

For the purpose of a possible no-deal Brexit, Customs has recruited, educated and trained 928 FTE, of which 90 FTE are meant for Customs Schiphol Cargo. At Customs Schiphol Cargo no new activities are involved. Within the current tasks, the number of activities will considerably increase as now the in- and outgoing flow of goods from and to the UK need to be handled by Customs. It is therefore expected that the number of declarations bringing in, im- and export and going out will rise because of Brexit. This entails a lot of physical checks and additional administrative duties.

At Schiphol Oost Brexit will cause effects because of the rising number of non-EU (N/EU) travelers. Also, N/EU travelers will have the opportunity when leaving the EU to reclaim the paid VAT (for goods with a value of EUR 50 and more). More information on this topic can be found on the website.

It cannot be excluded that Schiphol will be confronted with so-called ghost flights. Ghost flights are cargo flights that enter the EU through Schiphol that do not meet the legal obligations, such as the electronic submission of the pre-arrival declaration. Lack of this information creates a considerable risk when looking at the entrance of undesired goods. This summer, a simplified procedure for declaration was developed for a fast and approachable way of declaring. Information can be found on the website.

Update from the National Coordinator for Security and Counterterrorism

Now that the UK has left the EU, the generally valid airway security regulations for non-EU countries are in force. The EU has established rules for the transition. The UK is included in the list of countries where they apply security standards that are equivalent to the common basic standards for aviation security. This means no additional checks are required. This applies to passengers, hand luggage and checked baggage. For cargo, the responsibility for ACC3 and RA3 instructions passes to other Member States. Distribution mechanisms have been agreed here. It has also been agreed that the current ACC3 and RA3 status will not expire but will also transfer to the other Member States. These rules depend on the content of the final Brexit-deal.

There still is great concern about the preparations of Dutch companies in the NVWA sector. Despite the fact that additional time has been gained by the transition year, it looks like importing and exporting companies are only taking alarm the past few weeks. Unfortunately, NVWA will probably not be able to individually help each company in last weeks. They are advised to consult the NVWA’s website. A positive image can be seen concerning the level of preparation of service providing organisations.

In case of a no-deal Brexit, goods that will be exported to the UK need to meet the UK rules that apply for those goods. What should not be forgotten is that this also counts for the goods that are currently on stock, waiting for shipment after 1 January. It might be that these goods are no longer allowed to be simply imported into the UK.

Unfortunately, the uncertainty on the part of the UK is affecting everyone, which is why it is so important to be well prepared. Government employees in the field are not the cause of the problems and must therefore continue to be treated respectfully. The NVWA stresses the fact that it is important that companies, representatives and governments work together constructively in the initial transfer period and after 1 January 2021 as well to efficiently solve the ambiguities. The NWVA wants to ask ACN members to share possible points of interest via the ACN with the NVWA’s Brexit team in order to generate structured, and, where possible, smooth practical solutions.

Just like Customs, the NVWA lately notices many cargo packages offered through the Netherlands that normally are not shipped via this country. This growing amount of cargo causes additional pressure as preparations have always been based on the current cargo volumes to and from the UK. Apart from this, there is a great shortage in veterinarians. This will make it a great challenge to execute inspections of the additional volumes within the usual period.

For Cargonaut’s processes, Brexit is no issue as a lot of goods are already been transported to and from non-EU countries. The UK will be labeled as a non-EU country after Brexit and will automatically enter the process that counts for non-EU countries. Cargonaut is taking care of the declarations of a large amount of air freight carriers for bringing in goods. For this, the EORI-number is used of the specific carrier. Air freight carriers currently having only a UK EORI-number, need to apply for a new one in one of the EU countries as this UK number will not be valid any longer. For this, Cargonaut is in direct contact with their member carriers. Carriers with UK EORI-numbers that are affiliated with somewhere else, must apply for a new EORI-number and should pass this through to their service provider.

Currently, several helpdesks exist at various organisations that companies can consult for their Brexit questions. Next to the belowmentioned addresses, Customs for example advise companies that have not yet finalised their preparations, to visit hulpbijbrexit.nl, brexitloket.nl and/or douane.nl. On these websites, companies by means of impact scans and toolkits, can learn if and what steps they still need to take in order to be well prepared for Brexit.

The various helpdesks stay in touch with each other on a regular base to reconsiliate their advice in order to prevent people to be send from pillar to post. Nevertheless, it is recommended to well consider before consulting, what exactly your question is about and what organisation could be the best one to help. During the days before and after the Brexit-moment, the helpdesks will stay in touch with each other almost on a daily base.

Towards the end of the year, ACN will additionally to the list above, publish a factsheet, with among other things a full list of useful addresses and links.

Final call: A good preparation for Brexit is urgent as 31 december 2020 is approaching faster than one would expect!