Air Traffic Control the Netherlands (LVNL) is implementing a new procedure that will allow more aircraft to safely take off and land per hour at times of limited or poor visibility. Safety and efficient handling of air traffic play a large role. 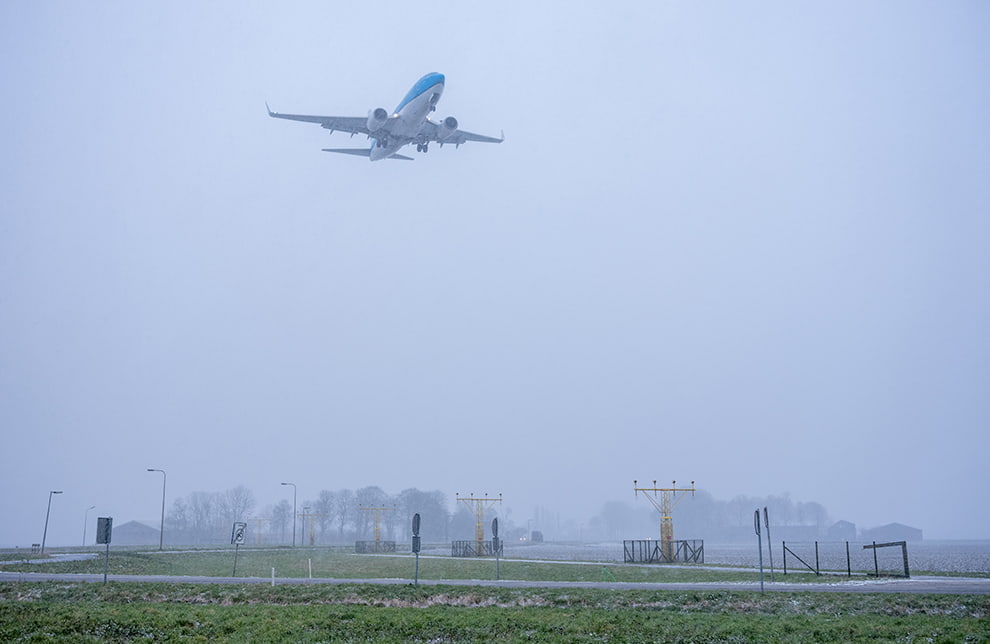 Fog and poor visibility have a significant impact on runway use at Schiphol and on the number of planes that can take off and land each hour. The poorer the visibility, the greater the distance planes need to keep from each other. This often leads to delays and sometimes even cancelled flights. With the old fog procedure, the other runways would also be restricted in the event of poor visibility on the Polderbaan Runway, for example.

The new procedure means that from now on, LVNL will use different visibility norms for the Polderbaan compared to the runways that are close to the control tower at Schiphol-Centre, depending on local weather conditions. So, when it's very foggy on the Polderbaan Runway but the visibility is better on the other runways, more aircraft can take off and land. Thanks to the new procedure, five additional landings and, depending on the chosen runway combination, three to seven additional take-offs will be possible compared to the previous situation. As a result, there will be fewer delays and a better flow of air traffic when it is foggy at Schiphol.