Not all of the over 71 million passengers every year are Schiphol customers: we also serve all of the 102 airlines that land and take off here. All of them want the same: a safe, efficient and smooth process and as little time as possible on the ground. So what exactly does the airline process involve? 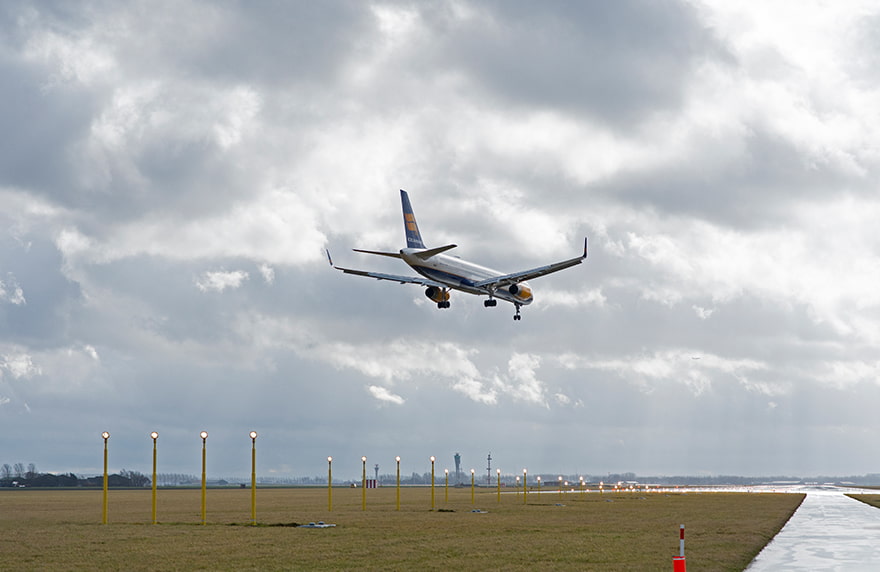 The airlines themselves are also Schiphol customers. So what services do they actually use? The aprons and runways, roads and car parks, the passenger bridges, the terminal building and the baggage system. All of these facilities are owned by the airport, which is also responsible for maintenance.

If an aircraft is on the ground, it is of little use to an airline. The turnaround time – the time between landing and take-off – must be as short as possible. Offloading passengers and baggage, refuelling, cleaning, offloading and loading catering, loading new passengers and baggage into the aircraft: all of these ground-based activities are performed as quickly as possible – often even simultaneously.

One of the final activities on the ground is the pushback. When the aircraft is ready for departure, the pilot doesn’t drive the aircraft from the gate to the runway single-handedly. He or she receives assistance from a tug driver. The tug driver tows (or pushes) the aircraft back using a special pushback truck and turns it in the right direction. The largest and heaviest pushback truck at Schiphol weighs 34.5 tonnes and has 650 hp. A small truck with enormous power!

Use it or lose it

But before airlines can make a pit stop at Schiphol, they need to arrange something else: secure a slot. Slots give an airline the right to take off or land at a particular time. Twice annually, a slot coordinator allocates our slots to the different airlines. In this, the ‘use it or lose it’ rule applies: if an airline uses less than 80% of the allocated slots, it loses them.

Interested in finding out more? Read more about the passenger process