Prosperity and well-being: What Schiphol means for the Netherlands

By facilitating optimum links with the rest of the world, Schiphol helps create social and economic value. It’s the airport’s mission. There’s no doubt about it: the extensive network of destinations contributes to our well-being and our prosperity. So how does it work? 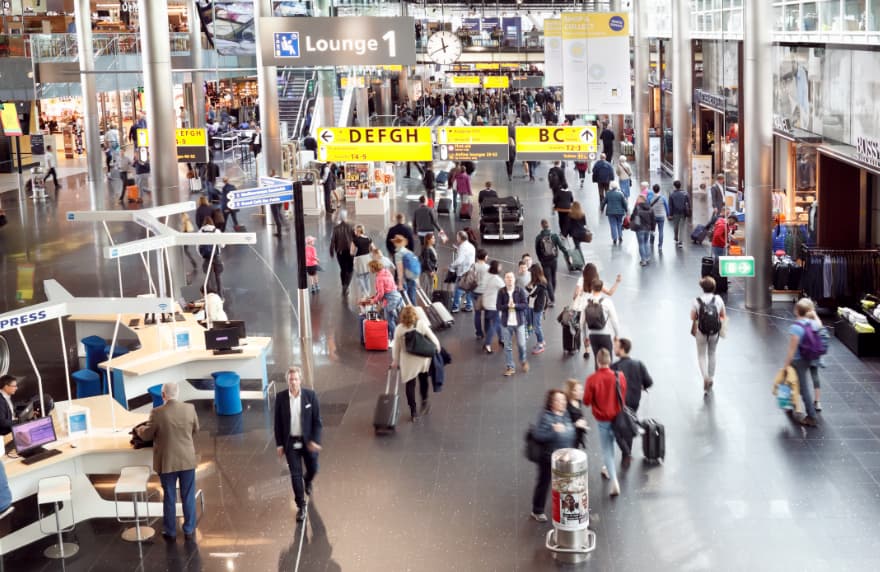 Just imagine: the Netherlands circa 1920. A country based on a series of social, religious and ideological pillars, where women have recently won the right to vote and the very first cars are on the roads. It’s connected to neighbouring countries by road and by seaports. If you wanted to travel, to St Petersburg for example, it was an enormous enterprise that took at least two days. A century later, you can board the aircraft and, with a little luck, you could be queueing at the Hermitage just four hours later.

A world without flying is now difficult to imagine. For many of us, it makes it easier to explore undiscovered places. Seeking out the sun in the winter. Or visiting family and friends in far-off places. Air travel links us to the rest of the world, boosts our well-being and happiness and expands our knowledge of other cultures.

Connected When it comes to connectivity, only one airport in Europe outperforms Schiphol. This means that the Netherlands has excellent links with the rest of the world, as the rest of the world does with us. It’s quite an achievement for a relatively small country. So how is it possible? Schiphol serves as a hub, where many passengers meet their connecting flights to their ultimate destination.

Boost to the economy

Schiphol and its role as a hub means more for the Netherlands than just convenient holiday flights. All of these connections and flights give a major boost to our economy and prosperity. Although the Netherlands may ‘only’ be ranked 28th economy in the world, we are among the top 5 export countries and rank number 8 for foreign investors. What’s more, Schiphol accounts for 2 to 5 percent of the gross national product (GNP) and provides between 120,000 and 360,000 jobs.

Growth has its limits

At the same time, demand for air travel is increasing. This is because the economy is growing. The more money we have to spend, the more holiday flights we take. When business is booming, the number of business trips rises. But Schiphol cannot simply grow forever.

It is essential to take account of the negative impact of air travel. Both locally, for community residents affected by noise nuisance and impaired air quality, and globally, because of the influence on climate change.

This is why safety and the environment will always be limiting factors in terms of Schiphol’s contribution to the prosperity and well-being of the Netherlands.

Interested in finding out more? Read more about what Schiphol does for a sustainable future.