Can you use water to lower the ultrafine particle emissions produced by aircraft engines? Using mist is a widespread technique to reduce dust and particulate matter in the construction industry, and now Schiphol, in collaboration with KLM, Corendon and TNO, is investigating whether it can lower the amount of ultrafine particles at the airport too.

Expectations are high, a previous study at Schiphol showed promising results. This test, conducted at the end of March, was based upon this earlier research. The test was carried out using a Corendon plane at a KLM hangar testing facility. The engines were run at high power, imitating what happens during take-off, landing and the moment when engines are switched on. Mist was then sprayed at the engines using various methods and TNO measured the effect it had on the amount of ultrafine particles.

Further development, scaling up and integration in operation

TNO is currently analysing all the data that was collected. They’re examining whether mist has the potential to sufficiently lower the levels of ultrafine particles produced by plane engines. If that is the case, this technology will be developed further and scaled up. The final step would be for it to become part of daily operations at Schiphol.

Prevention is better than a cure, also when it comes to ultrafine particles. That’s why Schiphol has been working on other ways to reduce ultrafine particles at the source. We launched the Ultrafine Particles Action Plan in 2019, which contained various measures to reduce emissions. These measures are aimed at traffic to and from the airport, at the airport itself and at aircraft emissions. 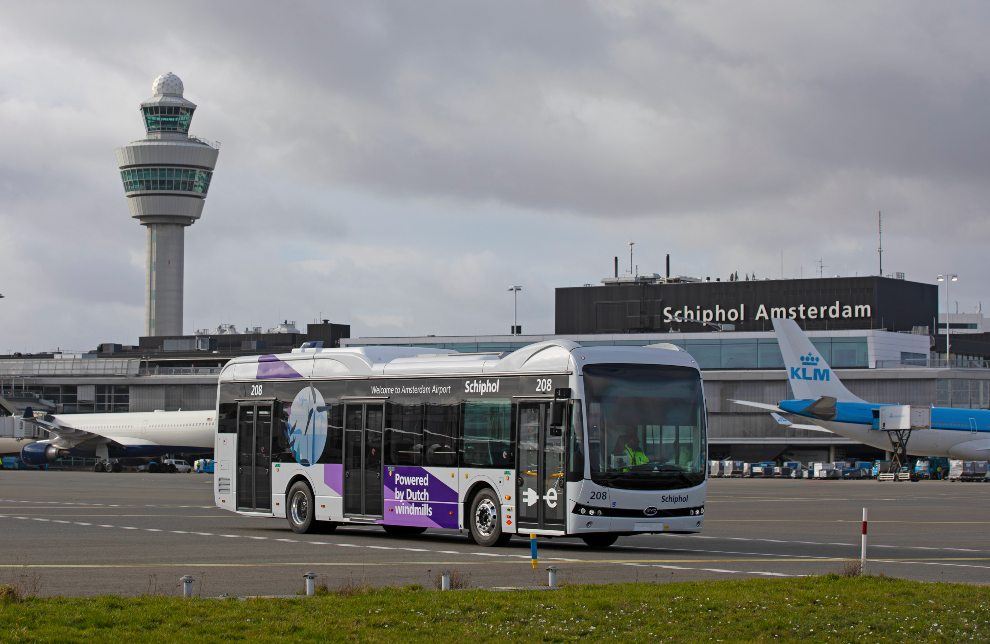 The idea is that we cut down on the use of fossil fuels like diesel and kerosene, as it is the combustion of these fuels that leads to ultrafine particle emissions. That’s why you can see more and more electric vehicles and equipment at Schiphol.

Reducing the amount of ultrafine particles at Schiphol is being done in close collaboration with other parties, including airlines and handling agents. Also participating are various stakeholders outside of the aviation sector, such as the FNV (representing the unions), the Dutch government and knowledge institutions. Together, we are conducting research and developing new measures in order to improve air quality for employees and for the people living in the area around the airport.

Curious about the test using mist?

Want to know more about the measures against ultrafine particles at Schiphol?