We already had one for smaller types of aircraft, but now larger planes can also make use of the new technology: a generator powered by electricity rather than diesel. This electrical Ground Power Unit (e-GPU) ensures that aircraft get electricity when they’re parked at the airport. This electricity is needed to keep all the systems on board running. 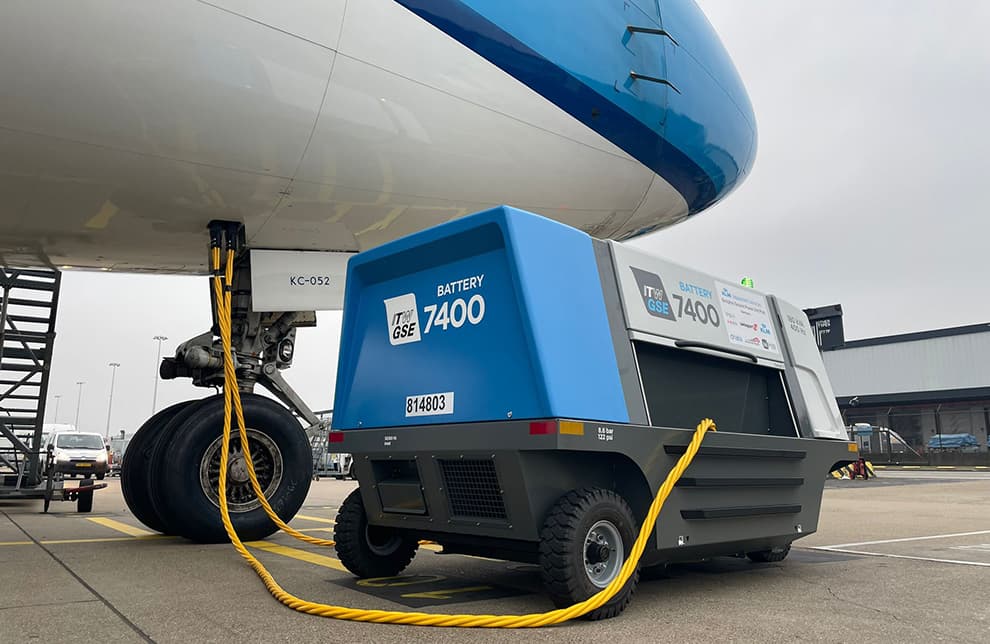 Schiphol has been working on making power supply to planes more sustainable for a while. Aircraft can use shore power at 73 of Schiphol’s 128 gates. Employees on the apron connect the power units to planes using cables. The aim is to equip all gates at the airport with these power units.

Before we reach that goal, aircraft will need to be supplied with electricity in another way. And some aircraft, such as cargo planes, never park at a gate. These aircraft will make use of the portable Ground Power Unit (GPU). In order to lower emissions at the airport and improve air quality, Schiphol has developed an electric generator. At first it was just for smaller planes, but now larger aircraft can make use of this technology too.

Deployability and roll out

Three of these new e-GPUs are currently being tested. We are investigating whether the new electric ground equipment has the same technical quality as the current diesel generators and whether it can be deployed at the airport. The trial will take six months. Deployability and roll out at the airport will be assessed based on the experience gained and data collected. Schiphol currently has seven e-GPUs for smaller aircraft at Pier D.

Schiphol is carrying out this trial with e-GPUs for large aircraft together with KLM Equipment Services. The e-GPUs were developed in collaboration with ITW, a company that also provides fixed power units.