How can flying become cleaner and greener?

Becoming cleaner and greener is the biggest challenge the aviation industry is facing. Schiphol wants to make progress as quickly as possible, together with airlines, aircraft manufacturers, scientists and fuel producers. We all want flying to remain accessible to everyone, but not at the expense of the planet we live on. The aviation sector will be investing in that a lot this year, with solutions like flying on hydrogen, cleaner kerosene and consuming less. 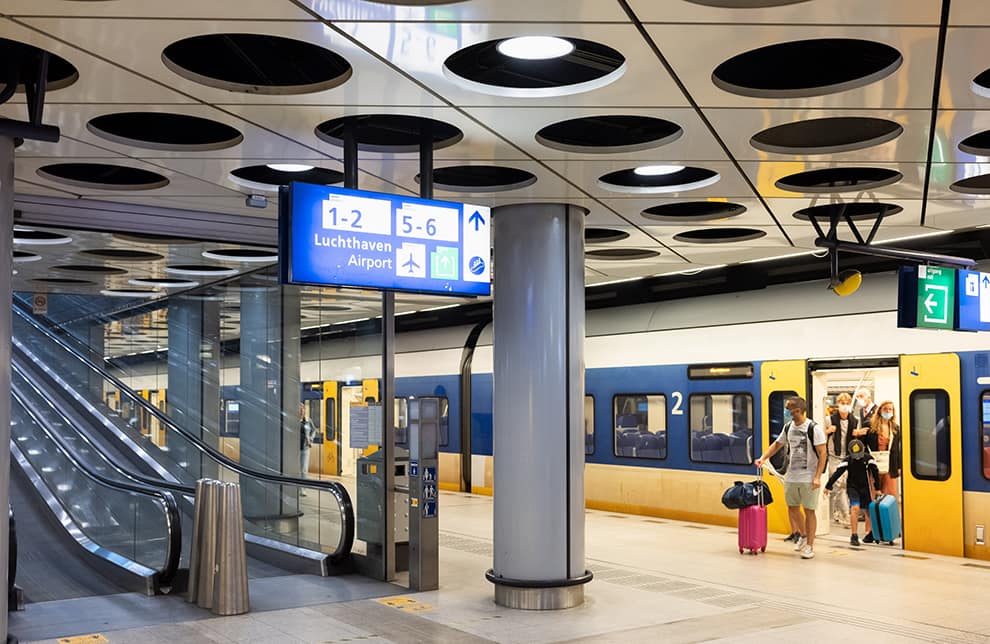 The first step we can take towards a cleaner and more sustainable aviation sector is consuming less. That can be done by taking fewer short-haul flights and by opting for other modes of transport, like travelling by train from Schiphol to European destinations. This is why the extension of the North/South metro line is necessary; there will be more space for international trains in the Schiphol Tunnel. When it comes to travelling longer distances, gains can be made by using more efficient and cleaner aircraft that consume less fuel.

The combustion of kerosene in aircraft engines produces emissions. Kerosene is made from crude oil and it is therefore a fossil fuel. By producing kerosene using sustainable waste materials, like vegetable oil, emissions can be reduced by up to 80%. A blending obligation is on the horizon; in the Netherlands it will amount to 14% in 2030 . Kerosene can also be produced from CO2. Carbon dioxide is removed from the air and, using sustainable energy and water, turned into a gas that can be used to make synthetic kerosene. This can lead to a significant reduction of emissions, but production is relative expensive. More investment and effective collaboration between fuel producers and airlines are therefore needed. Good progress is already being made as several sustainable aircraft fuel production facilities will be opening in the Netherlands. 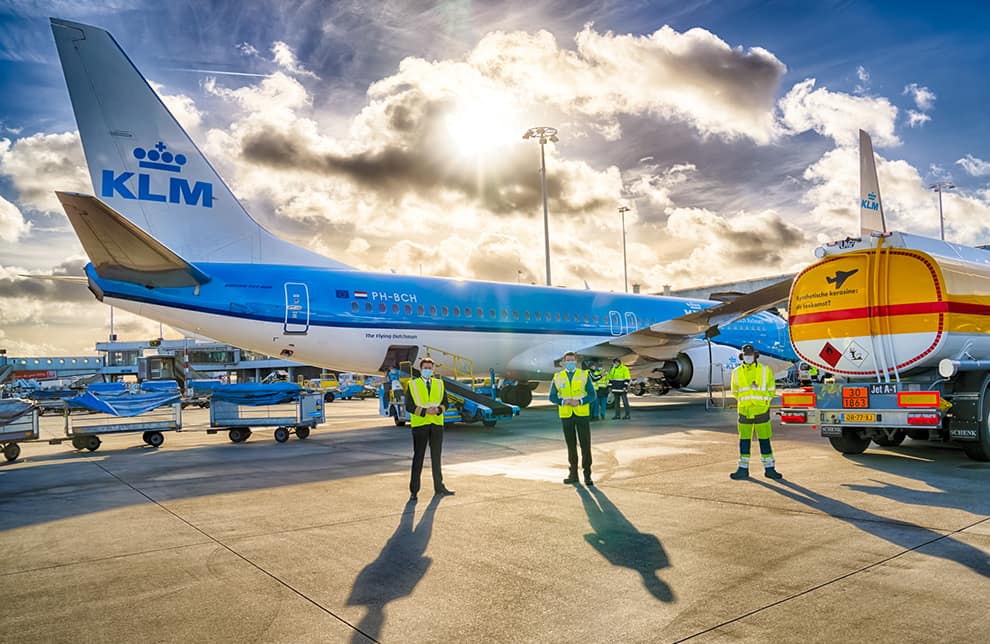 Did you know that…

Schiphol stimulates the use of sustainable fuel?
Airlines that fill up with biokerosene or synthetic kerosene receive 500 euros and 1000 euros respectively per tonne of sustainable fuel refuelled. This contribution can reach up to 15 million euros in three years. 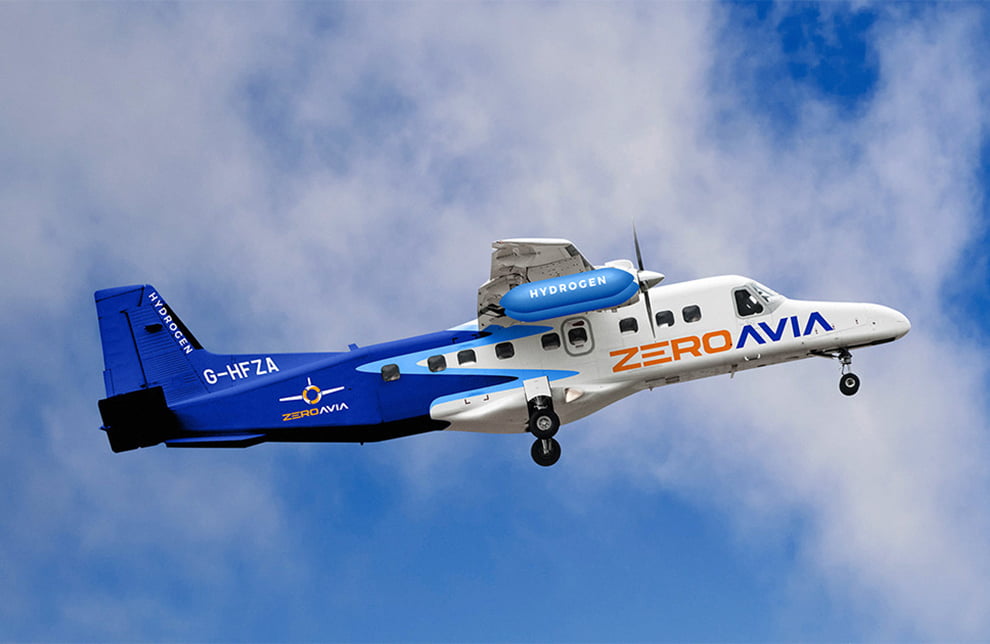 Flying on hydrogen or electricity

Flying on hydrogen or electricity is also clean and green. Hydrogen-powered aircraft engines are being developed at a rapid pace and small passenger aircraft that fly emission free on hydrogen are already being tested. Schiphol expects that a 20-seater plane will be able to fly from Rotterdam The Hague Airport to London in 2024. The development of electric passenger aircraft is still a little further away. However, electric flight is already possible and we’re conducting a lot of research into it together with scientists, aircraft manufacturers and airports. 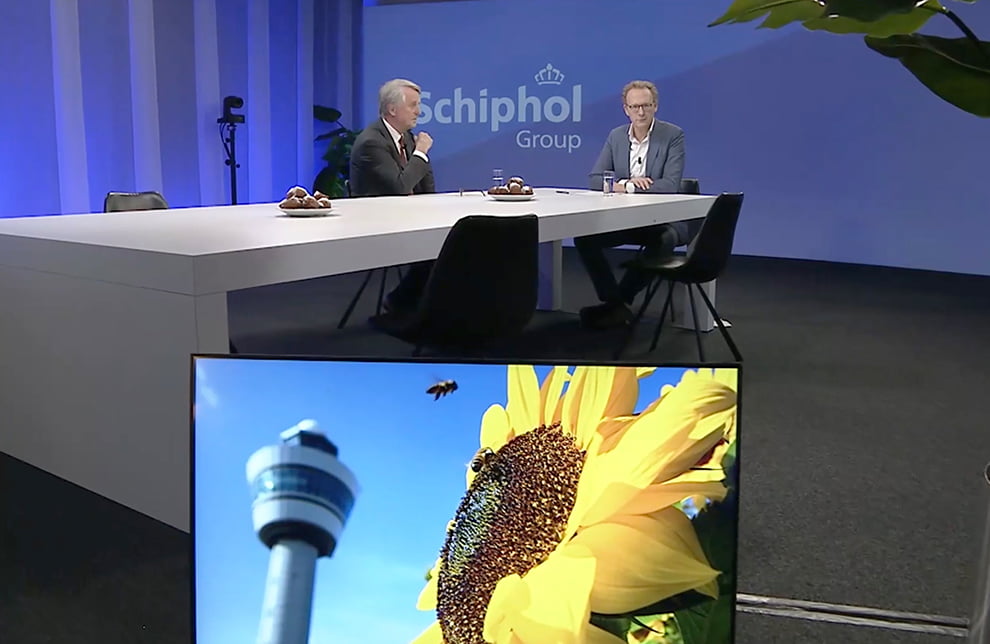