How can planes fly on hydrogen?

A hydrogen plane won’t need to refuel with kerosene at Schiphol. That’s because its engines are powered by electricity. Just like in an electric car, an electric motor is used to power the propeller or jet engine. And hydrogen generates electrical power inside a fuel cell. So a hydrogen aircraft is basically an electric aircraft with a hydrogen fuel cell. 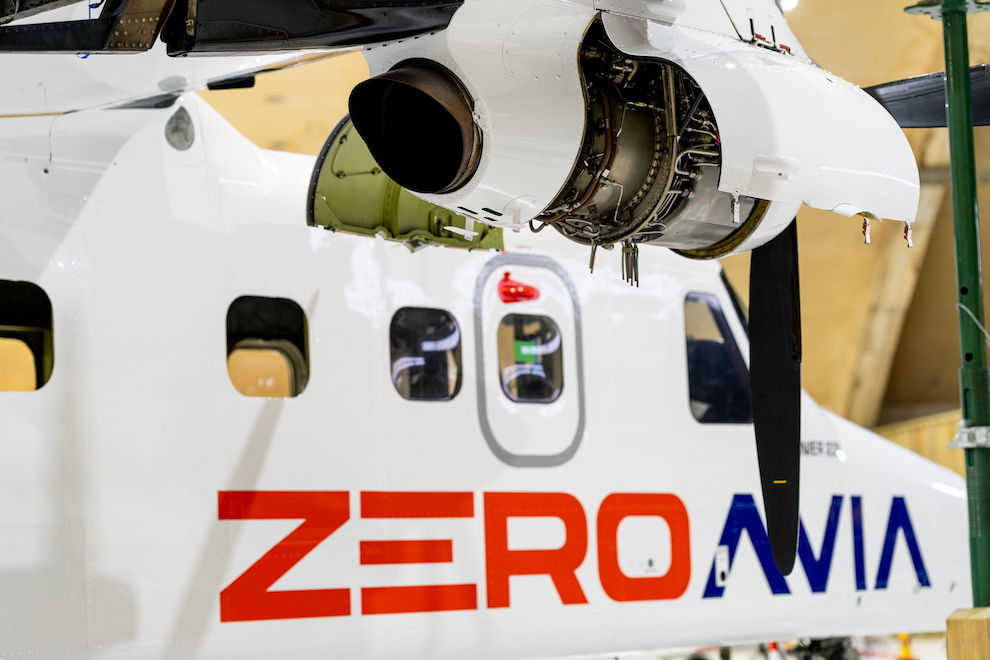 The electricity produced in a fuel cell can generate enough energy to power an electric aircraft engine. Because there isn’t any combustion of kerosene taking place, no CO2 or other gases are produced. And the only by-product of a hydrogen fuel cell is water. Flying on hydrogen is therefore an effective way to lower aircraft emissions.

You might be thinking: why is hydrogen necessary if it’s just an electric plane? Can’t you simply use batteries like in an electric car? Well, that's where it gets tricky, because planes carry a lot of passengers over long distances. There are currently no batteries that are light enough and that provide enough power to cover those long distances. Hydrogen is a lot lighter than batteries and offers plenty of options.

A different kind of engine

To be able to fly on hydrogen, a plane must have an electric engine with a fuel cell. They also need to be able to refuel with hydrogen at the airport. The aircraft that currently fly to and from Schiphol all have kerosene-powered engines. That’s why the only refuelling option at Schiphol right now is kerosene. However, we have set up a living lab at Rotterdam The Hague Airport to try out refuelling with hydrogen. If that turns out to be a success, we’ll set one up at Schiphol too.

To help make these living labs possible, Royal Schiphol Group has joined forces with the Netherlands Aerospace Centre, Lucht- en Ruimtevaart Nederland, SkyNRG and TU Delft so that the Netherlands can lead the way in making aviation more sustainable. With the support of the Ministry of Infrastructure and Water Management and the Ministry of Economic Affairs and Climate, we applied to the National Growth Fund for a financial contribution towards developing hydrogen flight.

Thank you to ZeroAvia who provided an explanation of how a hydrogen fuel cell works.