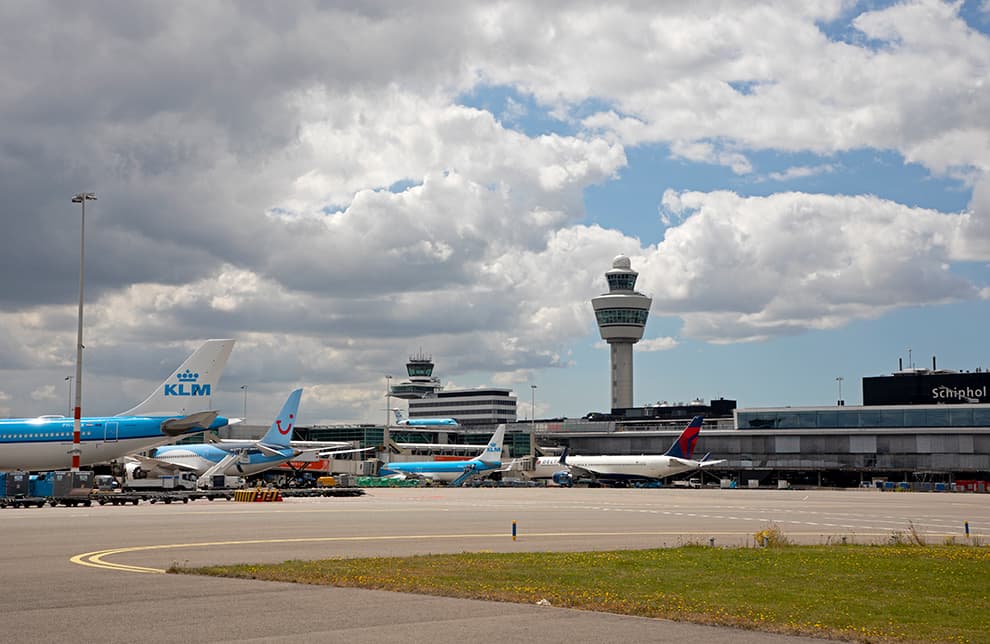 New aircraft make a significant contribution to reducing emissions. They are a lot more efficient than their predecessors. KLM took a big leap forward by conducting long haul flights using new Dreamliners (Boeing 787) instead of the classic Boeing 747s. Aeroméxico and Etihad Airways have also been deploying the new 787 since 2017. Another quiet and economical aircraft used for long distances is the Airbus 350. Singapore Airlines, Cathay Pacific, Delta Airlines and China Airlines use this aircraft at destination Amsterdam. The COVID-19 crisis has accelerated the phasing out of the Boeing 747 and A380.

Airlines are also reducing CO₂ emissions by carrying less weight. For example, service trolleys are less heavy, less packaging is used for food on board and a lighter paint is even being used for the exterior of airplanes. The lighter the aircraft, the less kerosene is required.

This is what KLM does

KLM is a big player in the aviation sector and the biggest at Schiphol. The airline has been actively committed to reducing CO₂ emissions for several years now. It set up the Carbon Reduction Roadmap for this purpose, and has offered carbon offsetting to travellers since 2008.

easyJet is the first major airline in the world to offset CO₂ emissions from the fuel of all flights. Offsetting is just the first step – the airline continues to explore new ways to lower carbon emissions. For example, by contributing to the development of hybrid and electric aircraft. Furthermore, they are working on making operations more efficient by taxiing using one engine and introducing more efficient aircraft to their fleet.