The Air Transport Research Society (ATRS) has named Royal Schiphol Group: ‘Most Efficient Airport Group’ based on operational and cost-data benchmarking studies during its 21st World Congress held in Antwerp July 5 till July 8.

Amsterdam Airport Schiphol was named: ‘the most efficient European Airport with more than 40 million passengers per year’. Berend Onnes from Traffic Analysis & Forecasting was present to receive the ‘Most Efficient European Airport’ as well as ‘Most Efficient Airport Group’ in honour of Royal Schiphol Group. ‘’This is an important recognition for us, we strive to be Europe’s preferred airport for passengers and airline customers. Both whom appreciate efficiency.’’ 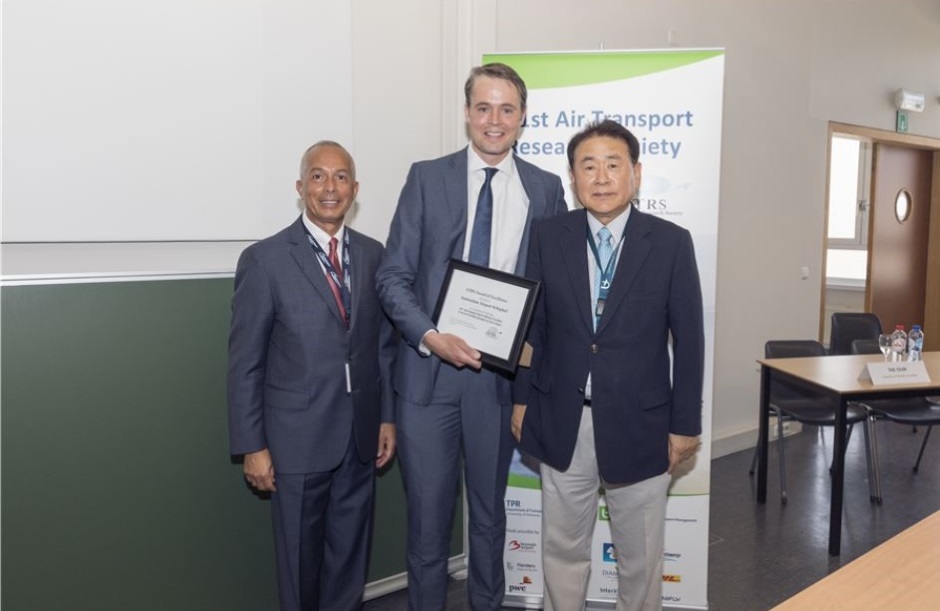 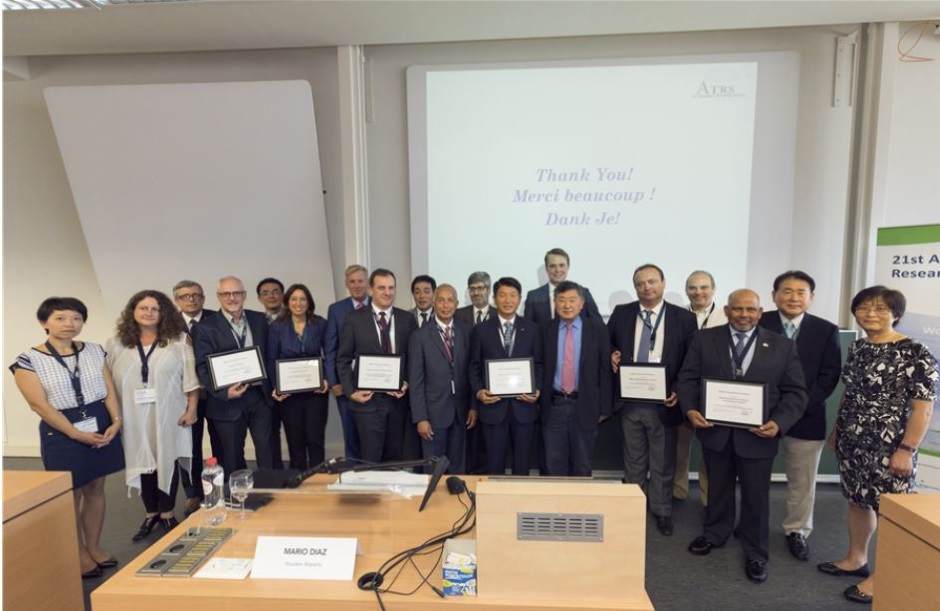 For the thirteenth time in a row, Canadian travel agents have chosen Schiphol as their favourite international airport. This year Schiphol won by a great margin. The Canadian travel agents were asked for feedback on how delays at an airport are made more pleasant . For Schiphol, the annex of the Rijksmuseum and the Yotel were mentioned as positive factors.

To thank the Canadian travel agents and promote Schiphol’s network in Canada, a thank you advertisement was placed in Baxter’s travel media publications. 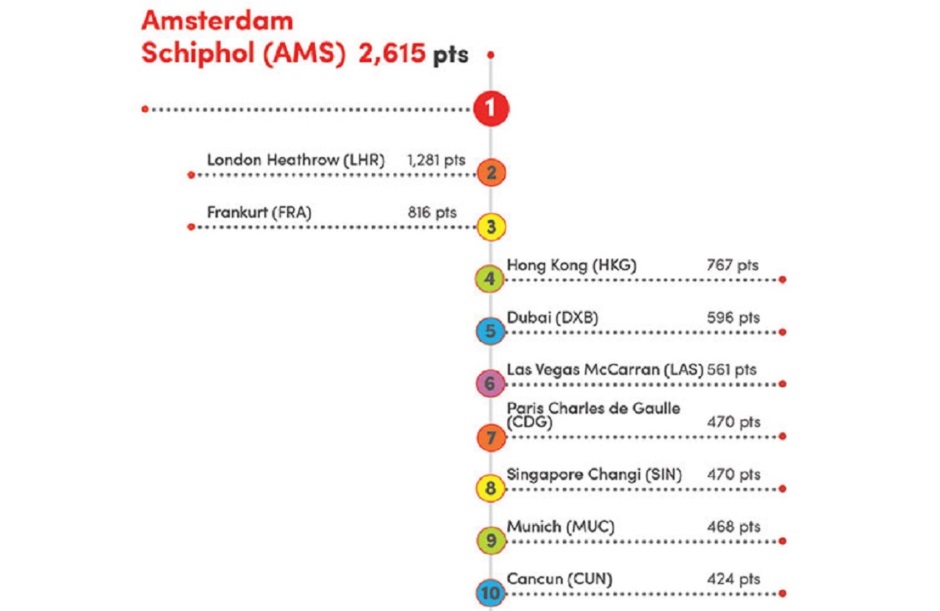 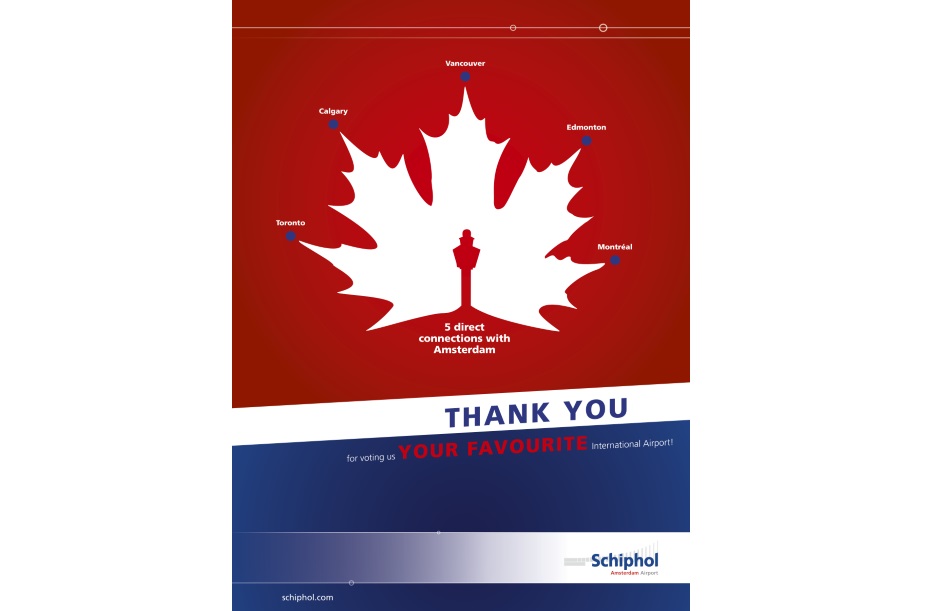