Europe's skies are growing increasingly crowded. It is becoming ever more difficult for Europe's air traffic control organisation, Eurocontrol, to handle all that air traffic efficiently, with scarce slots being wasted because of incorrect flight information. It was against this background that Eurocontrol decided to develop Airport CDM, or simply CDM. 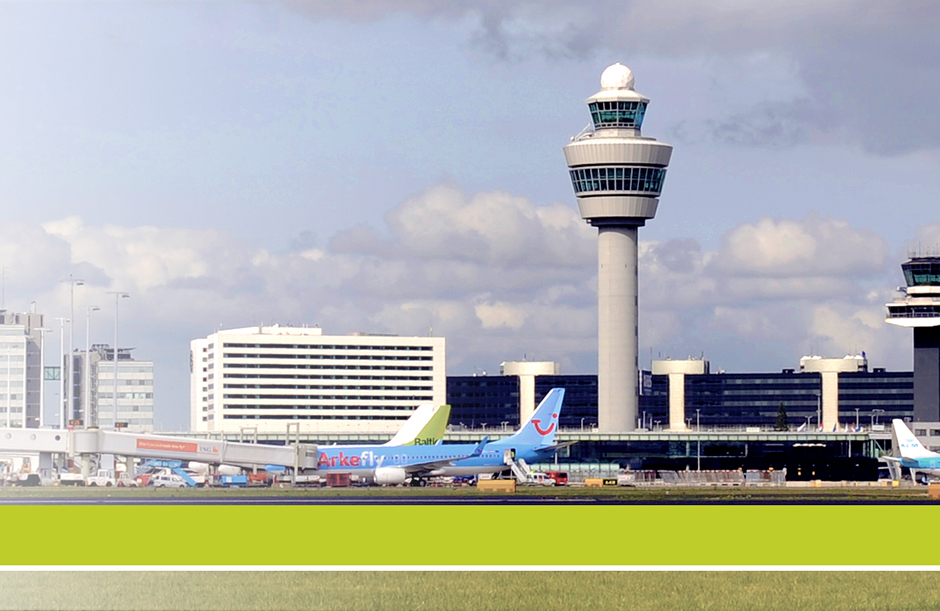 What is Collaborative Decision Making (CDM)?

Collaborative Decision Making (CDM) is a method of working in which all operational parties at an airport share relevant flight and other information with one another. This results in a more efficient ground handling process at the airport itself and in an improved flow of information to Eurocontrol, so that ultimately Europe's skies can also be managed with maximum efficiency.

Many parties are involved in the handling of aircraft: the airport, air traffic control, airlines and ground handlers, etc. Each of these parties takes measures to ensure its own processes are as efficient as possible. Nevertheless, when taken together, all these individually efficient processes do not result in the level of overall efficiency desired. Achieving that requires intensive collaboration.

By jointly defining operational information such as expected landing times, taxiing times, on-block (at the gate) and off-block (handling complete) times and sharing this information with all other parties as quickly and accurately as possible, the predictability of the handling process will improve. It will allow for people and resources to be deployed more efficiently, also during non-standard situations such as delays and unusual weather conditions. Eventually Eurocontrol will also benefit as it will be possible to predict sooner and with greater accuracy the time at which an aircraft will again be ready for take-off, meaning Eurocontrol will be able to allocate its scarce slots more efficiently.

How does it work?

The entire handling process is meticulously monitored and registered, from the moment that the wheels of an aircraft touch the runway to the moment those same wheels lift off again. This information is shared via the CDM portal to which the airport, the airline, the ground handler and air traffic control all have access. By adhering to pre-determined procedures and procedural arrangements, all parties can use this information and take important decisions jointly - this is collaborative decision making.

A tried and tested method

After developing the basic structure of CDM, Eurocontrol tested the system at Schiphol, amongst others, and started implementing it at the European level. The organisation also encourages individual airports to implement CDM locally, so that both air and ground processes are completely and mutually shared.

All participating parties stand to benefit from the implementation of CDM. These benefits are as follows:

The implementation of Airport CDM is being actively promoted by the sector associations of airports (ACI Europe), air traffic control companies (CANSO), and airlines (IATA). Together with IATA and ACI Europe, Eurocontrol has developed a special website dedicated to Airport CDM: www.euro-cdm.org.