So, a brand chooses a primarily non-media approach. And yet the moment comes when a media campaign is needed. Go big or go home? New York-based cosmetics brand Kiehl’s thinks so. It opened several pop-up stores outside the US this year. And one of those stores was at Schiphol, and was paired with ads on our screens. Goal: new fans. Result: oh yes. 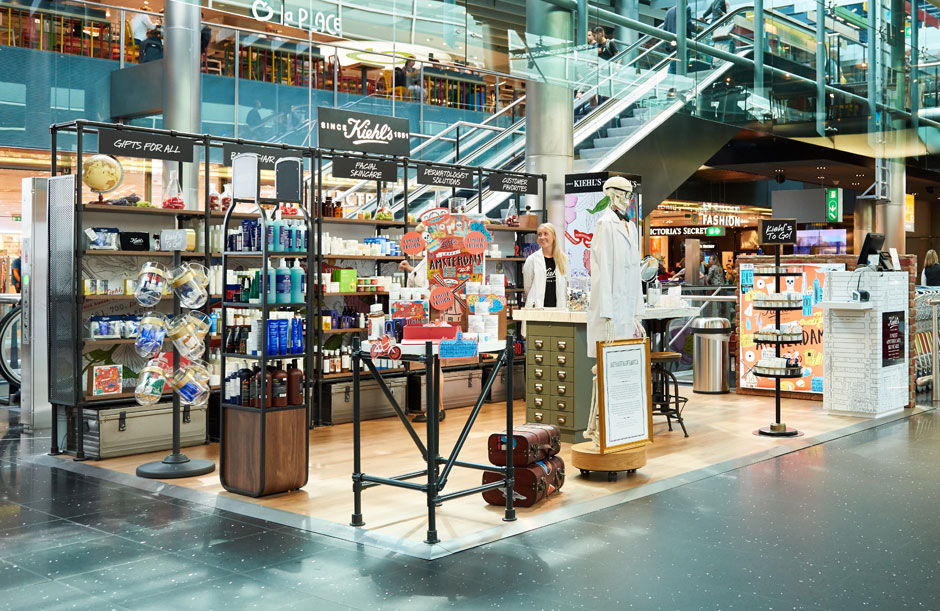 An old-timer from the New World

The name is already well known in the New World. The brand started in 1851 as a homeopathic pharmacy in New York, and now has more than 30 luxurious shops in the US, and is slowly conquering the international market. Including at Schiphol. Throughout the month of July ’18 up until February ‘19, travellers could pop in to the pop-up in Lounge 1 for lotions, toners or their famous Creme de Corps.

Elements of the pop-up were a nod to Kiehl’s roots: a pharmacy cabinet and shop assistants in white lab coats. Advertisements on lightboxes and banners before and after the security check helped us create multiple touchpoints that put Kiehl’s in the spotlights and drive passengers to the pop-up. And that brought results: Kiehl’s turnover in July increased more than 30% at Schiphol, compared to the months before and after. Together, Kiehls, retail and media took care of this successful campaign. 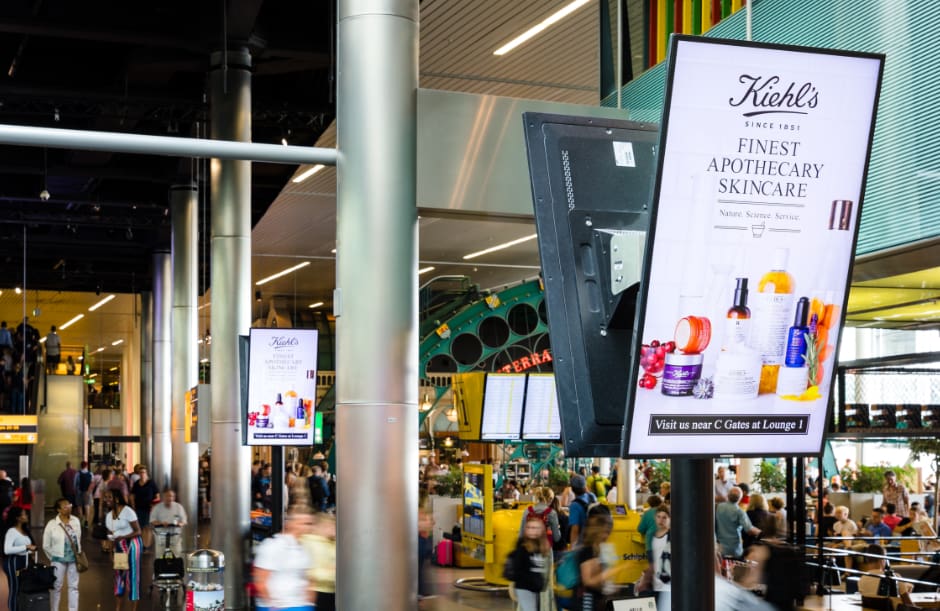 The pear doesn’t fall far from the tree

It’s no coincidence that Kiehl’s chose Schiphol. According to Kiehl’s Schiphol has a good skincare performance. And since Schiphol is the third-largest airport in Europe, it was the perfect place for the Big Apple cosmetics giant to reach an audience of millions, especially in the busy travel month of July. Fun fact: their first store in New York is located on Pear Tree Corner, where Dutch governor Peter Stuyvesant planted a pear tree in 1672. No wonder, then, that Kiehl’s feels so at home with us.