In November 2019, the iconic Lancôme brand decided to run its very first campaign at Schiphol. And since the goal was to target female millennials, the campaign had to be innovative, unique and highly personal. With the right mix of tech and touch, the launch of the new feminine fragrance, Idôle, exceeded all expectations. And rewrote the script of what a pop-up at Schiphol can do. 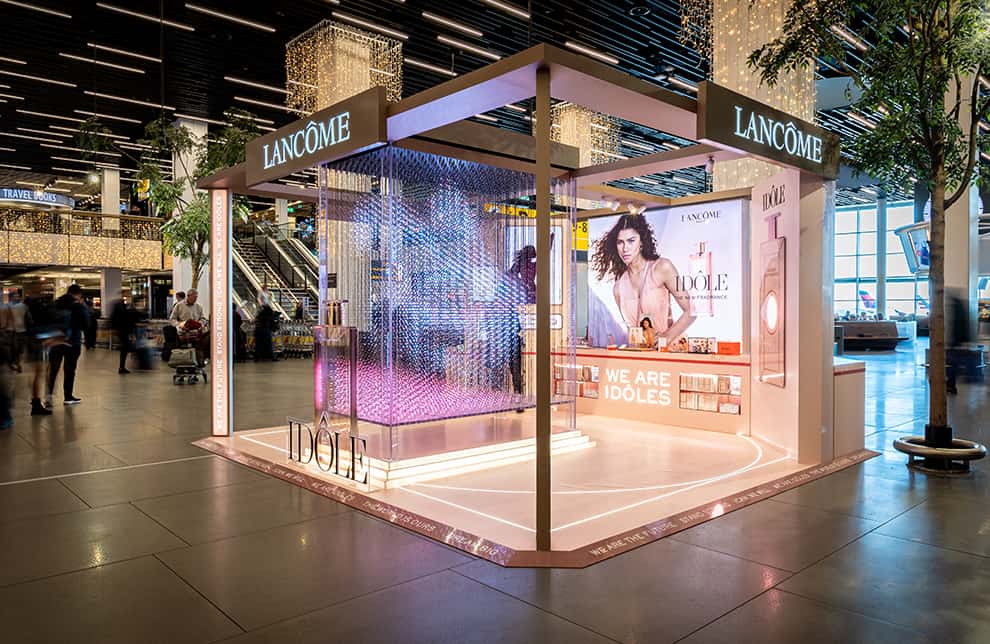 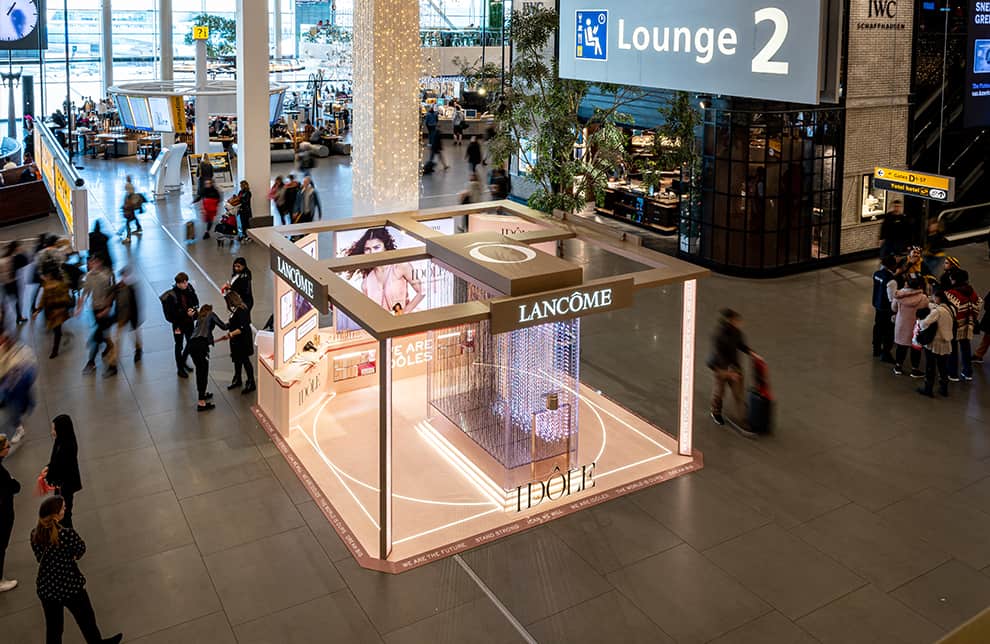 A feast for the senses

The new fragrance, Idôle, embodies two of Lancôme’s key core values: female empowerment and innovation. So every detail of the fragrance – from the one-of-a-kind shape of the bottle to the elements of the launch campaign – were carefully thought through. Including the decision to place a pop-up at Schiphol – one of the busiest airports in the world and a hotbed of millennial travellers.

The campaign aimed to not only raise brand awareness, but also to create memorable and engaging brand experiences. At Schiphol, this included a 25m2 pop-up store filled with delights for all the senses. Visitors to the pop-up discovered the fragrance by reaching into special ‘fragrance booths’, where the perfume was softly sprayed onto their wrists. They could choose their favourite empowering slogan, such as ‘I can, we will’, ‘We are the future’, ‘We are Idôles’, ‘Stand strong’ and more. The slogans were then printed on scented tote bags and mantra ribbon bracelets so that empowered customers could carry the Idôle vibe with them.

The power of persuasion

Lancôme also used the latest technology to draw travellers into the campaign. In the pop-up, a giant 3-D LED screen showed moving holographic images of both the iconic bottle and the brand imagery. Visitors could scan a QR code and become immersed in an interactive brand video in which they felt like the star. Digital screens in the area supported the campaign.

And the tech reached out far beyond the pop-up itself. Using geolocalisation and media geofencing, Lancôme sent digital audio and box advertisements to passengers using Spotify, Deezer and SoundCloud in the area of the pop-up. The ads offered a free sample of the fragrance to drive traffic. This innovative use of technology brought Lancôme closer to its target group. The campaign got a local touch when Lancôme created content with Dutch influencer Lizzy (@lizzyvdligt), who also posted content and popped by on 10 November to share her experience and support the campaign. Seamlessly orchestrating every element of the campaign into a single brand experience was the goal for a successful activation.

The sweet smell of success

The perfect balance of iconic brand and innovative branding were the keys to campaign success. Lancôme considers the campaign to be a best practice example of creating a memorable brand experience: engaging, innovative retail that attracts a new generation of customers and pushes the envelope of digital campaigns.

Lancôme credits Schiphol Media for its openness to testing new retail expressions. The collaboration between airport and brand made it possible to bring this amazing and innovative activation to life. And young women all over the world got a taste of what it’s like to live like an Idôle. 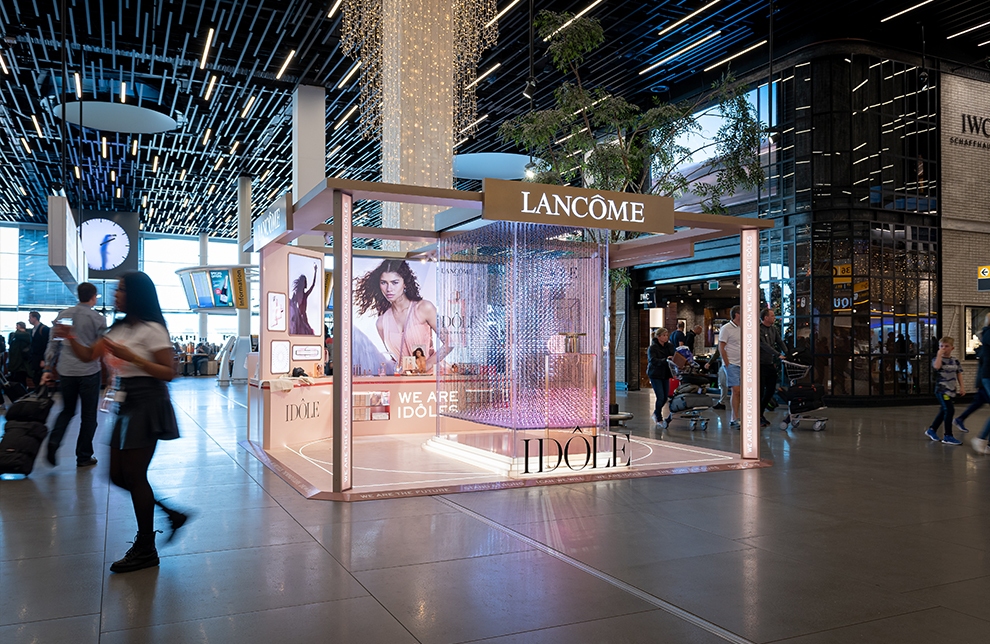 ‘Brands that want to create a memorable experience need to showcase innovative and impactful Retailtainment. And Schiphol is a great partner with which to collaborate on a campaign like that.’