Audi and Schiphol have had a close-knit relationship for years. The German car brand regularly adorns the airport with stunning cars and equally stunning campaigns. Audi is also an exclusive VIP Centre partner. What’s more, both companies share the ambition to make their products and services more sustainable, wherever possible. So it’s not surprising that Audi chose to launch its first fully electric model – the Audi e-tron – at Schiphol. 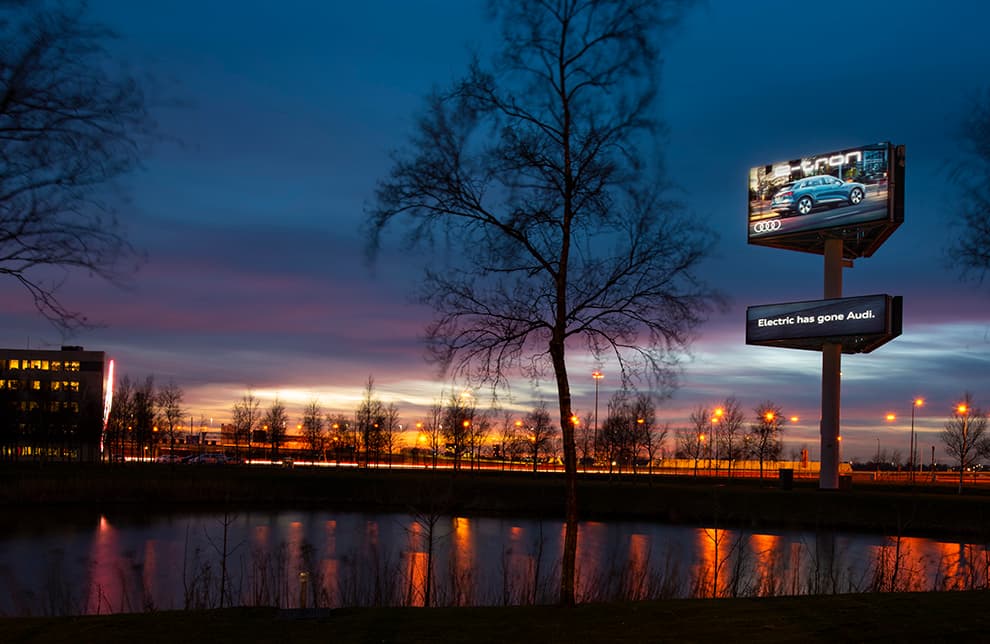 It’s all about awareness

Audi introduced travellers and commuters in and around Schiphol to its first electronic car right around New Year’s 2018/2019. At the time of the campaign, the cool and rugged e-tron wasn’t even available for sale yet. The primary objective of the campaign was just to create awareness of the futuristic, eye-catching car.

“We wanted the general public, and specifically our business-minded target audience, to be introduced to our ground-breaking Audi e-tron at an early stage. And we succeeded by using various media objects in a targeted way.” Joost Klumper, Project Manager Marketing and Communications, Audi

Advertising for a business audience

Audi’s focus on a professional target audience was reflected in the carmaker’s choice of communication methods. Tens of thousands of unsuspecting business travellers waiting for their flights every day in Lounge 1 came face-to-face with the stunning e-tron in January – months before it would make its debut on the road.

Audi was also well represented on all of the piers, thanks to moving advertisements from the Digital Departure Network. Those moving ads ensured brand exposure to all departing business travellers. And to grasp the attention of the busy commuter traffic, a life-sized e-tron advertisement on a motorway mast towered over the A4 for four months, giving commuters a peek at the new top model. 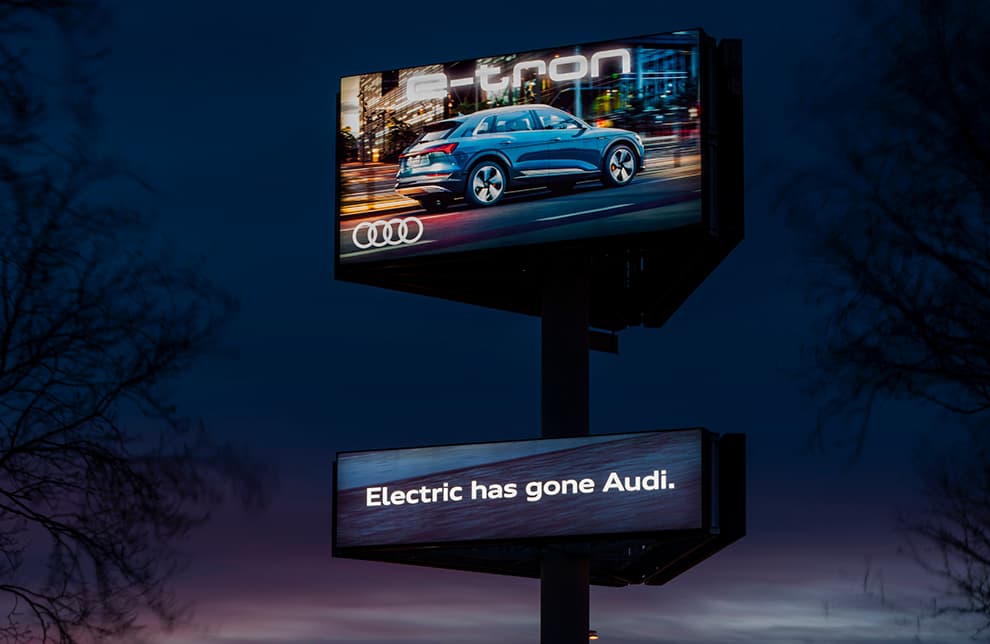 Part of a deeper partnership

Audi’s media campaigns at Schiphol are part of deeper partnership. Since 2008, Audi has been an exclusive partner of the VIP Centre at the airport. The luxury hybrid models that bring politicians, business icons, superstars and royals to and from their private jets will soon be replaced by the electric e-tron. Another way for Audi and Schiphol to show their relationship is still going strong.

Every year, millions of passengers pass through the lounges and piers at Schiphol. That’s why carmakers like to put their newest models in the spotlight at the airport. But how does a car get in there? It’s quite an operation, but we’re pleased to report we keep it all under control – down to the last detail. Check out this time-lapse video of the Audi e-tron getting placed inside Lounge 1.