For a mischievous customer journey: Travel with Felix

Before passengers board flights through our gates, they’ve already been on a little journey. At Schiphol, the customer journey begins when travellers enter the access roads that lead to the airport. And it doesn’t end until they leave the airport, baggage in hand. Curious about that customer journey? Felix – the most mischievous cat in the world – gives you a peek at everything that’s possible along the way. 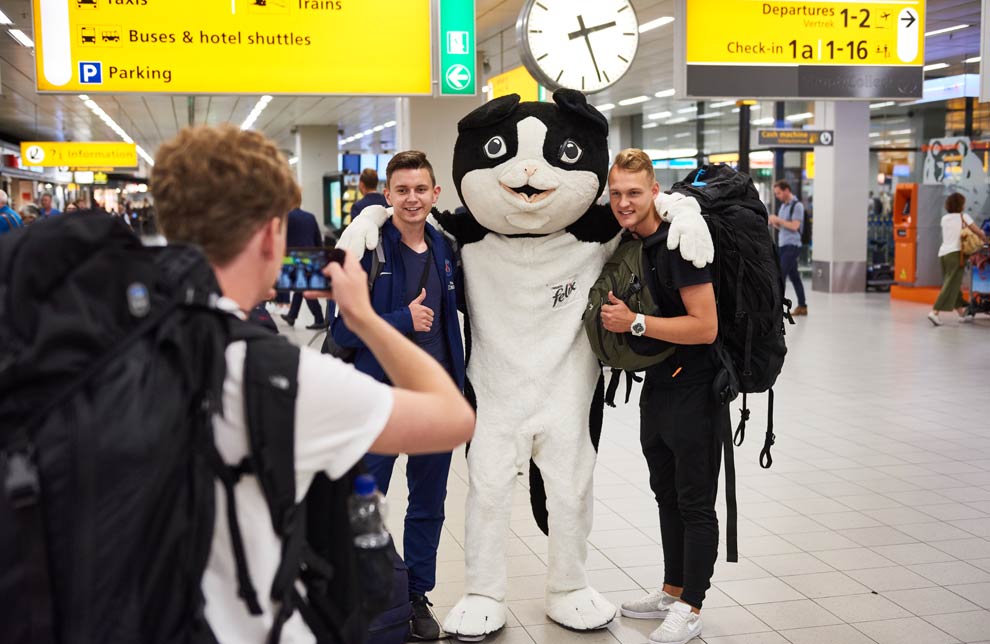 Chances are, you already know Felix. This frisky feline has been the face of Felix cat food – a Nestlé Purina Petfood brand – for years. In the 80s and 90s, his rascally antics and catchy theme song stole the hearts and minds of TV-viewers around the world. And last summer, his special brand of mischief was the source of many smiles at the airport.

Millions of travellers spotted Felix in and around Schiphol, thanks to a robust campaign with multiple touchpoints. It’s all part of Felix’s ‘Up to Mischief’ Tour. Having completed a playful romp through London, Felix touched down in Amsterdam. After a quick catnap, of course.

That Felix! He’s always up to something. But at Schiphol Media, we love him just the way he is. Curious what kind of customer journey we can create with your brand? Get in touch.