Full deployment of Automated Nomination brings time savings and minimizes human error at the airport, while eliminating all paper declarations for a more sustainable operation. 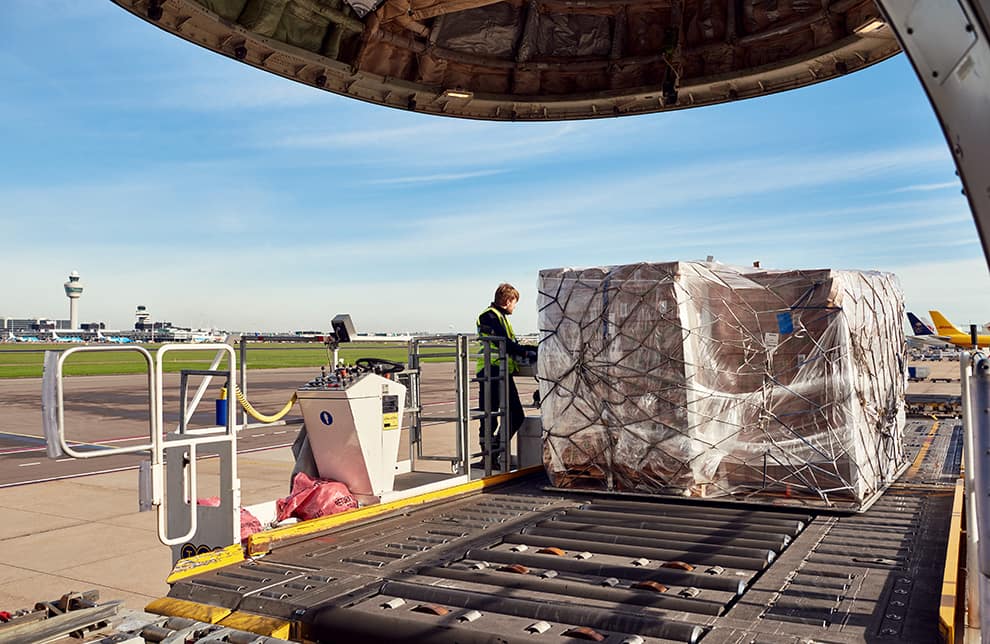 Automated Nomination, the digital station declaration of a forwarder’s involvement in the handling of a shipment, has become the standard for inbound shipments at Amsterdam Airport Schiphol, which no longer accepts paper declarations as of the 1st of April 2022.

Prior to Automated Nomination, Schiphol ground handlers would have to wait for the freight to arrive and review the corresponding paperwork before a forwarder could be nominated to handle the shipment.

With Automated Nomination, this process has been completely digitized and now takes place at an earlier stage, prior to the flight landing at the airport.

Ground handlers at Schiphol are now informed about incoming shipments much sooner, reducing the time required to process cargo, while the elimination of manual processing has minimized the possibility of human error and shipment mishandling.

“We have been piloting Automated Nomination with growingsuccess since October 2021 and are proud to have now rolled it out officially as a mandatory process at Schiphol Airport,” said David van der Meer, Cargo Partnership Director for the Smart Cargo Mainport Program (SCMP), Amsterdam Airport Schiphol.

“We aim to have every shipment nominated automatically, which offers benefits for every stakeholder in the cargo supply chain.

“Automated Nomination creates a better connection between the air waybill (AWB) and the receiving forwarder.”

Developed by the SCMP team, Automated Nomination is an algorithm that predicts which forwarder will collect a shipment using only AWB, airline, and shipper data, with 99 percent accuracy rate.

In order to be compliant for Automated Nomination, a digital station declaration is required.

The number of forwarders participating in Automated Nomination has meanwhile increased from 60 to 140, with numbers still growing.

As well as bringing greater efficiencies to cargo operations at Schiphol, the reduction in paper and ability to combine shipments during the transfer process will bring all parties closer to their sustainability goals.

Automated Nomination will also optimize import planning and fuel future developments at Schiphol, as better data will be available sooner.

“We expect all of our cargo partners to be pleased that we’ve made it a mandatory process as of 1st April 2022, and in particular with the operational efficiencies they will gain as a result.”

Automated Nomination is the latest in a series of digital initiatives under the SCMP that are streamlining cargo services at Schiphol, including the digital station declaration, which has made handling more structured and secure since January 2022, and the Milkrun project, which has streamlined truck movements at the airport.

“With every digital service we activate from within the SCMP, we get closer to our goal of having the most seamless cargo process in Europe,” said van der Meer.

“This next step with Automated Nomination is a great example of all the stakeholders working together and the beginning of an important collaboration.”