It can sometimes seem like all of the world’s problems are only addressed by adults. Men and women who look serious, meet all the time and use as many complex words as possible. Although they may have much knowledge and experience, there are other things that are also important. Things like creativity, imagination and a fresh perspective – which is exactly where young people excel! That is why Schiphol asked the Children’s Council (Raad van Kinderen) how we can improve relationships with people who live around the airport. 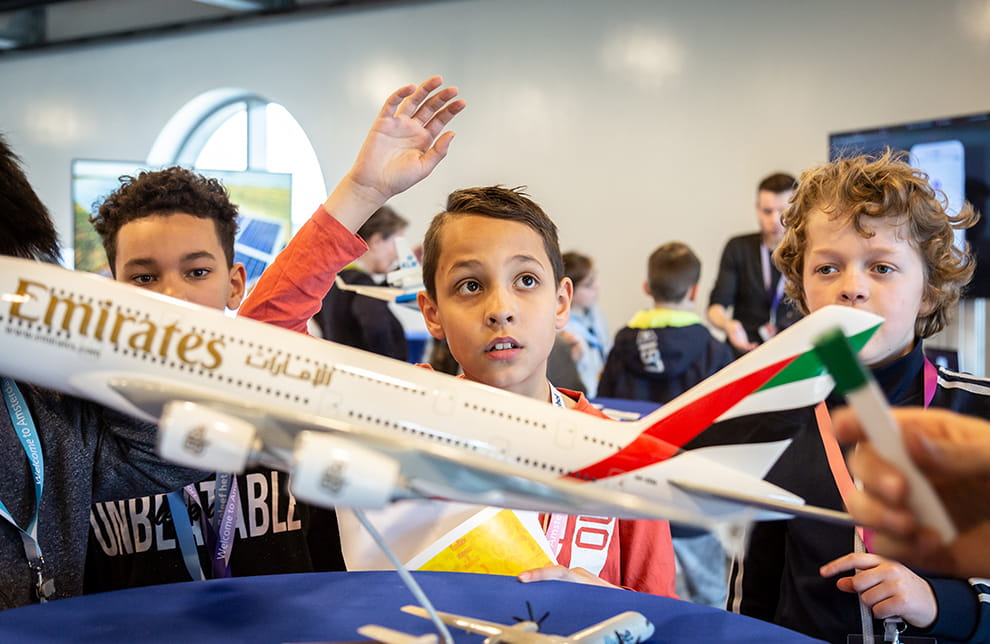 Schiphol and the neighbours

It’s a major challenge for Schiphol to have good contact with its neighbours. On the one hand, many people from the area work at the airport and local residents also like to go on holiday by plane. On the other hand, they all suffer from the noise of planes taking-off and landing there. So Schiphol asked the Children’s Council: how can Schiphol can make a sustainable effort to be a good neighbour?

We asked for advice from the Upper Group at the First Montessori School in Hoofddorp. It’s a school that has many students who live in the region of Schiphol. The children visited the fire brigade to begin with, followed by the snowflake and the head office at Schiphol. Then they went to work in the classroom with their research. On May 17, 2019, the children presented their advice and talked to Schiphol’s director and employees.

Maybe you should let people vote on the best solutions to problems. Then at least they feel they can say something about Schiphol. - Kurt (11)

The Children’s Council understood well that the situation is complicated, and they believed that Schiphol and its neighbours can also be honest about this to each other. It is important to talk about both things that are fun, and things that are not. More confidence will be given to Schiphol if it shows that it really listens to people in the area. This could be achieved, for example, by organising more ‘Neighbour Days’ (Burendagen) in cooperation with local residents.

Sustainability was also an important theme for the children. For example, they recommended creating noise barriers around Schiphol. In addition, they would like to see an electric-powered fire brigade fleet and they are curious about how aircraft can be made more efficient. The Council also thought it would be good if there were places where local residents and Schiphol employees could meet each other, such as a dog-friendly field or a (free) gym.

What we plan to do with the advice

The Children’s Council made a great list of items we can begin with. Now it is up to us to put the best of those ideas into practice, and we have already taken up that task. That way, we can improve sustainability and eco-friendliness in our new and existing piers, talk to neighbours about reducing noise disturbances and develop a new app that predicts aircraft noise in the region, among other things.

The Children’s Council is an initiative of the Missing Chapter Foundation. This places the inclusion of children in organisations on the agenda and shows children ways that they can ensure sustainable change with their creative thinking.