News: Why are planes flying overhead?

You may find that you’ve been seeing aircraft in places you don’t usually see them. We’ve recently been receiving more questions concerning planes flying over Leiden towards Schiphol, for example. That is because approaching air traffic does not follow a fixed flight path towards the runway during daytime. Only for the final approach do aircraft head towards the runway in a straight line. 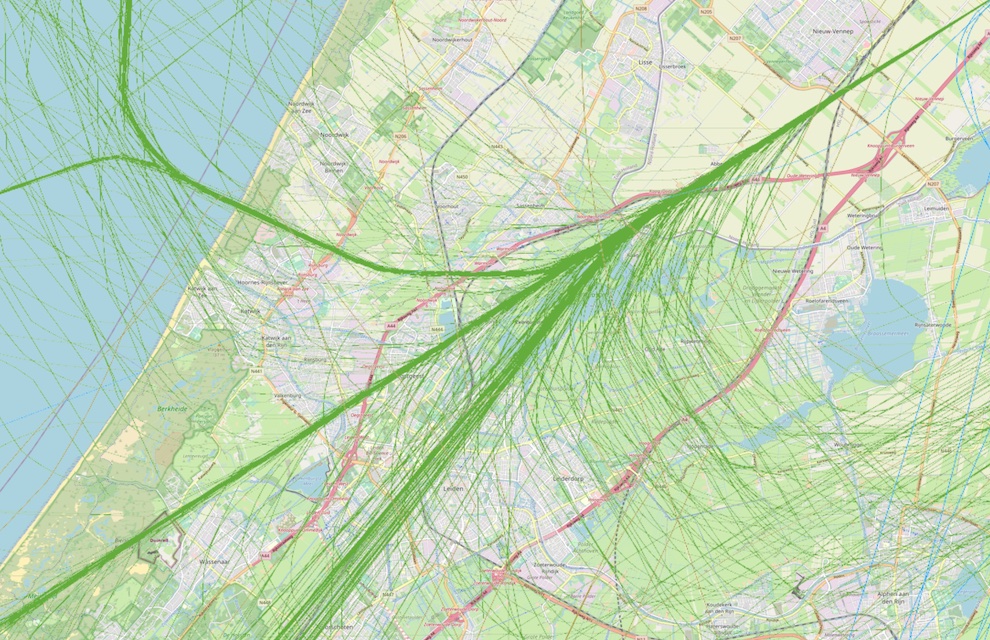 Air traffic control ensures that pilots get the correct instructions so that they fly at least 5.5 kilometres away from other planes. This means that they can land safely, with enough distance between each aircraft. Planes must be at an altitude of between 600 and 900 metres before they can start the final approach. In aviation, this is called sequencing.

Because aircraft approach from various directions and are not evenly distributed, sequencing in order to land is a rather complex task. The planes need to ‘merge’, just like cars do on the motorway. As a result, some aircraft need to make wider turns, while others have to turn more sharply. That’s why some planes make a turn above Leiden when they are sequencing to land on the Kaagbaan Runway, while others turn above the Kagerplassen lakes. Where the merging takes place depends, among other things, on weater conditions and air traffic volumes, regardless of how many runways are in use at the time. Whether one or two runways are being deployed also affects where the merging happens.

Sequencing and merging is currently more noticeable than usual. That’s because air traffic has increased, but there are still far fewer flights than before the coronavirus crisis. The air traffic controllers always give planes the safest and most efficient route and let as many planes as possible land on a preferred runway. Because there is less air traffic, planes can be sent to the runway sooner. This does sometimes result in overflying traffic in places where there was none before and that there is a larger merging area. When there is more air traffic, like during peak times, we deploy two runways.