The Aalsmeerbaan Runway has been undergoing major maintenance since the start of April. As a result, air traffic is making more frequent use of the Buitenveldertbaan, Zwanenburgbaan and Kaagbaan runways. Now that there are only maintenance vehicles rather than planes on the Aalsmeerbaan Runway, our film crew went to have a look. What exactly takes place during a period of major maintenance like this? Watch the video at the bottom of this page to find out. 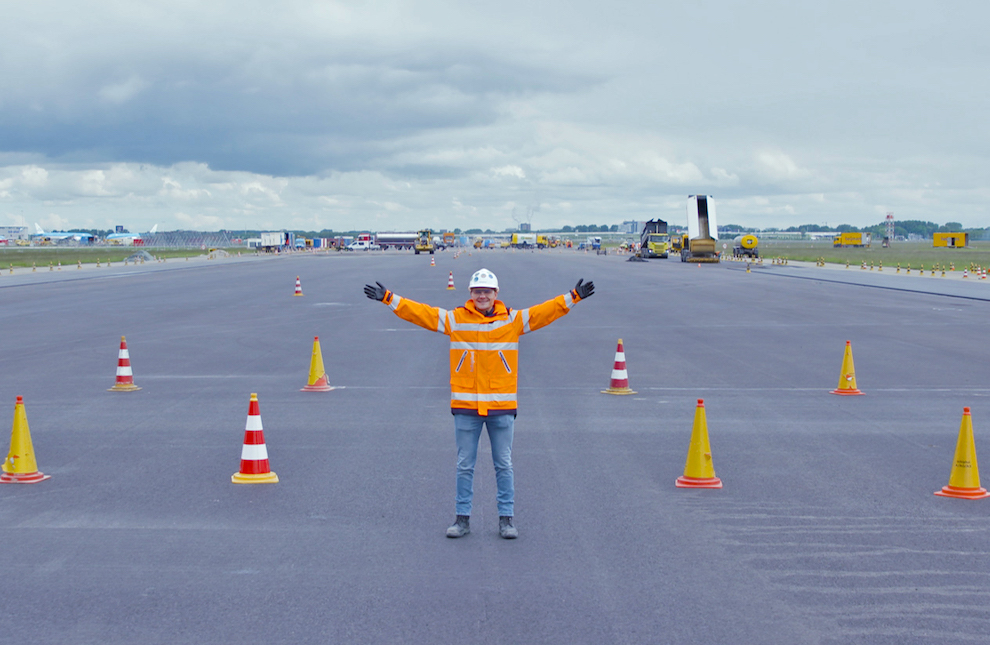 The Aalsmeerbaan Runway and surrounding taxiways are getting a new layer of asphalt. We're also fitting new LED lights, replacing the runway lighting, painting new runway markings and laying many kilometres of cables. And we are cleaning, repairing and partially replacing the rainwater wells and pipes around the runway. The works are being carried out in collaboration with construction company Heijmans.

There are currently works on the taxiway between the Aalsmeerbaan Runway and the Kaagbaan Runway. This affects the availability of the Kaagbaan because the head of the runway is not accessible to aircraft. As a result, planes have a shorter section of runway to take off from until Monday 6 June. And landings can only take place during the day because the landing system and runway lighting are switched off due to the work. The other runways, especially the Zwanenburgbaan and Buitenveldertbaan, will be used more frequently during this period.

Buitenveldertbaan not in use 22 – 23 June