News: Playing outside rather than offside thanks to the Schiphol Fund

Primary schools and sports clubs in the area around Schiphol don’t need VAR anymore – they won’t be playing offside, but rather outside. Thanks to Schiphol Fund donations for new goal posts and playground equipment, it’s going to be an action-packed summer. The donations were announced on Friday 2nd July. 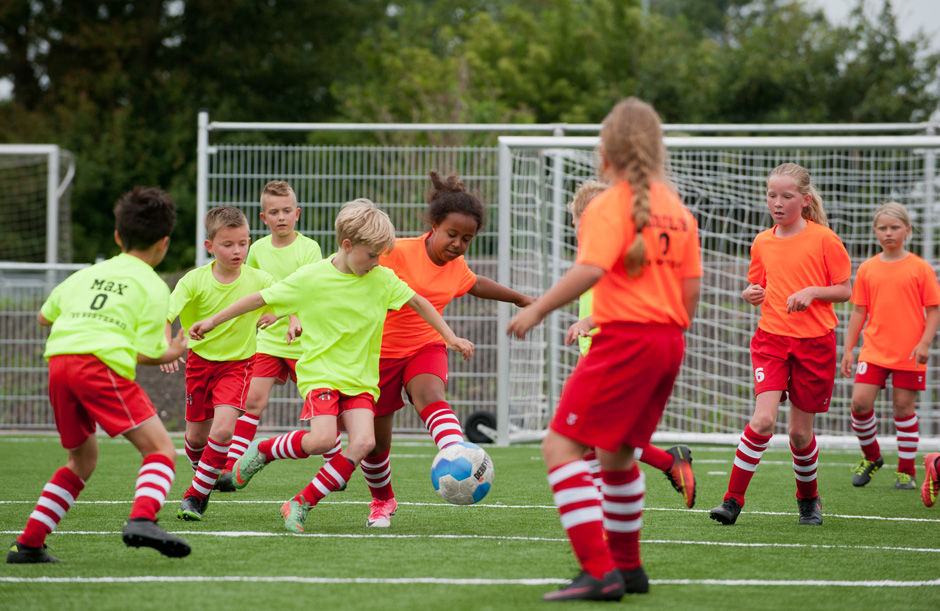 Breaks are a big issue at Kids College in Wilnis, De Lunetten in Heemskerk, Jong Geleerd in Halfweg and De Reiger in Lisserbroek. After all, that’s the time when kids can let off some steam in the playground. However, the playgrounds at these primary schools could do with a makeover in order to make sure that pupils have a nice place to play outside after the summer holidays. Donations for an outdoor net, free running circuit, playhouse with slide, and bike track will make that possible.

Football is fun, but scoring goals when you don’t have decent goal posts is difficult. Football associations AFC ’34 in Alkmaar, UNO in Hoofddorp, VSV in Velseroord and RAP in Amstelveen are hoping for scores of goals on their training pitches. That’s why they all requested a donation from the Schiphol Fund to pay for new goal posts. These goal posts will hopefully be supplied before the start of the next season. We’re curious as to whether it’ll start raining goals.

Horse riding in Lisse and Amsterdam-Sloten

At Puntenburg riding school in Lisse, young people with multiple disabilities can experience the world on horseback. These youngsters require dependable and strong horses that do not scare easily. Ruif riding school in Amsterdam-Sloten also needs well-behaved horses and ponies to teach young equestrians how to ride. Both riding schools have received donations from the Schiphol Fund to acquire nice and reliable horses and ponies.

Padel in Mijdrecht and Hoofddorp

Padel is a combination of tennis and squash. The game is played on a Padel court – a kind of small tennis court surrounded by glass walls and fencing. You are allowed to use these walls during the game, which allows for long rallies. Tennis clubs De Ronder Vener in Mijdrecht and In den Boogaerd in Hoofddorp want Padel courts so that more people can discover this fun sport. Contributions from the Schiphol Fund are sure to make this happen.

Would you like to find out if your sports club or sporting initiative is eligible for a Schiphol Fund donation? Go to the Schipholfund page and apply!