Spring is in the air and the spotter areas around Schiphol are attracting a growing number of visitors. Did you know that the places where you can spot planes are accessible by bicycle? That’s especially handy now – works on the IJweg and Vijfhuizerweg junction in April will mean that the spotter area close to the Polderbaan Runway won’t be accessible by car. You will still be able to get there via a cycle path though! 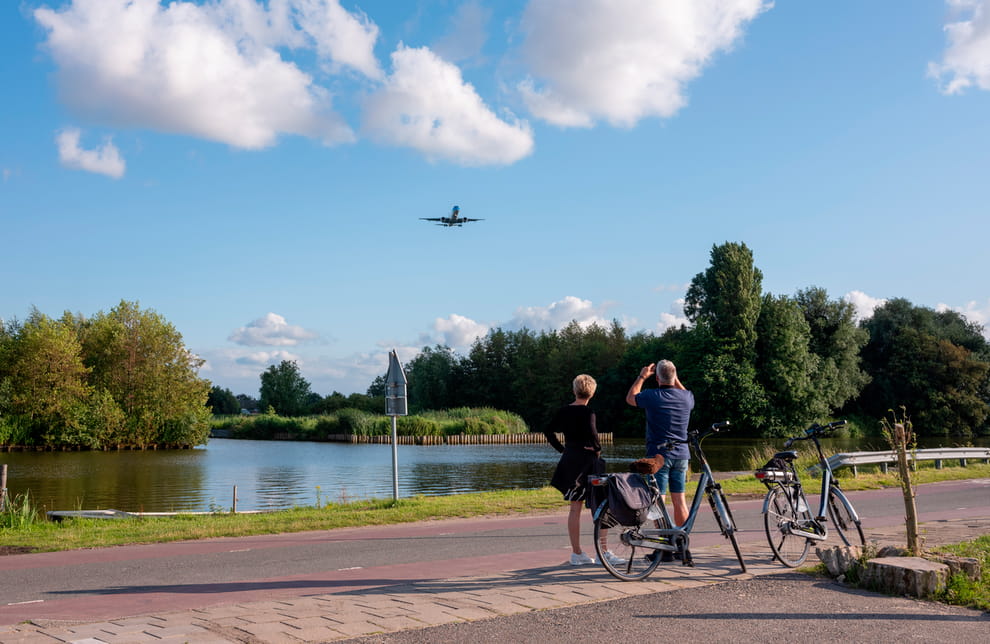 Works on the IJweg junction

The works on the IJweg and Vijfhuizerweg junction start in April and are scheduled to end at the beginning of May. During this period, the junction will be closed and only residents and the emergency services will be allowed through. There will also be signs indicating that the spotter locations cannot be reached by car.

If you want to get to the Polderbaan spotter area, follow the cycle path along Schipholweg N232 from the direction of Haarlem or Badhoevedorp. At the head of the Polderbaan, where you see the yellow landing lights, you can cycle up the Polderbaanpad towards the spotter area. Here, you’ll be cycling parallel to the runway so you can spot aircraft as you cycle! Check the map of the spotter zones here.

The Buitenveldertbaan Runway spotter area is also easy to reach by bike. To get there, follow the cycle path along the Loevesteinse Randweg (where you’ll also get a great view of the Schiphol-Oostbaan and Aalsmeerbaan runways). Want to know which runways are in use before you set out to do some spotting? Take a look at the Notifly app. A map of the area around Schiphol shows live air traffic, meaning you’ll know which spotter area to cycle to. Download Notifly here.