News: Kaagbaan used for take-off and landing due to wintery weather

Winter has well and truly arrived in the Netherlands, and that meant some serious consequences for Schiphol on Sunday 7th February. The strong north-easterly winds combined with heavy snowfall led to an extreme situation that required an exceptional solution. That's why we used the Kaagbaan Runway not only for landings from the south west, but also for take-offs towards the north east. 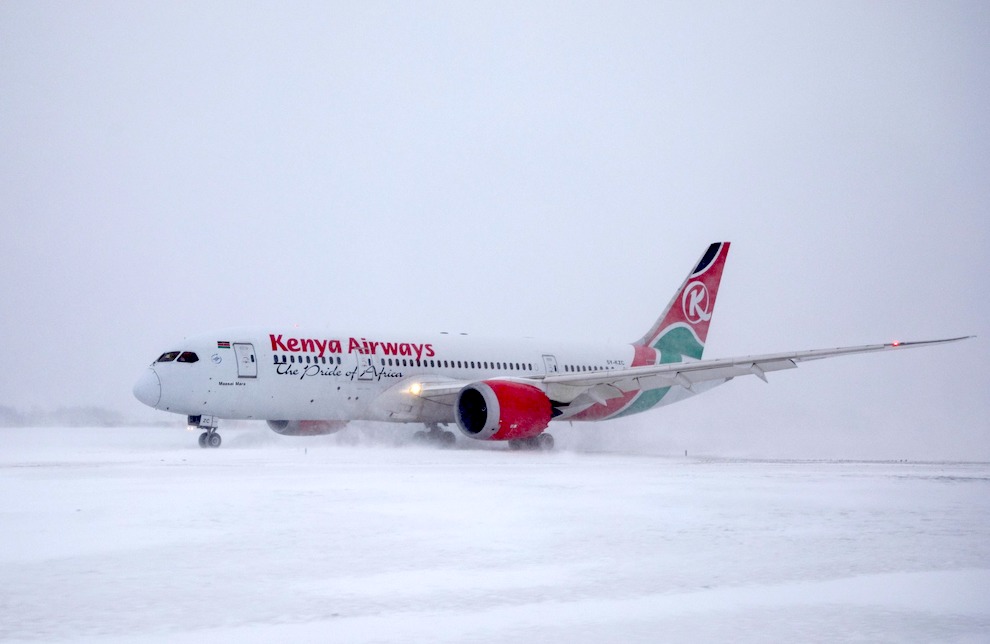 It's not often that we use one runway for both landing and departing aircraft at the same time. However, it was the appropriate solution in this case. First of all, that had to do with the wind direction and position of the Kaagbaan Runway, from the north west towards the south west. When wind exceeds 20 knots (wind force 5), air traffic control deploys a runway that is more favourable in those wind conditions, allowing aircraft to take off with head wind. Is it also a north-easterly wind, as was the case on 7th February? Then the only real option at Schiphol is the Kaagbaan.

Moreover, the Kaagbaan Runway is close to Schiphol Centrum. It can therefore be reached faster and be kept snow-free more easily by our snow fleet compared to the runways further away. Clearing snow from the runway and spraying it with anti-freeze takes a great deal of manpower and effort. In order to facilitate air traffic, we decided to deploy all our Polar Bears (the name we give to the hard workers in our snow fleet) on one runway.

While snow may cause some challenges, it also produces impressive images. Would you like to find out more about runway use during exceptional weather conditions? Then take a look here.