News: Kaagbaan back in use

The Kaagbaan Runway has been back in full service to receive air traffic again since Sunday 15 December. Over the past seven weeks, Schiphol carried out maintenance work on the A8 taxiway at the turn-off toward Kaagbaan Runway. As a result, air traffic was dependent on the Aalsmeerbaan and Zwanenburgbaan Runways for starting in and landing from a southerly direction. That led to more aircraft noise in the south of Schiphol. 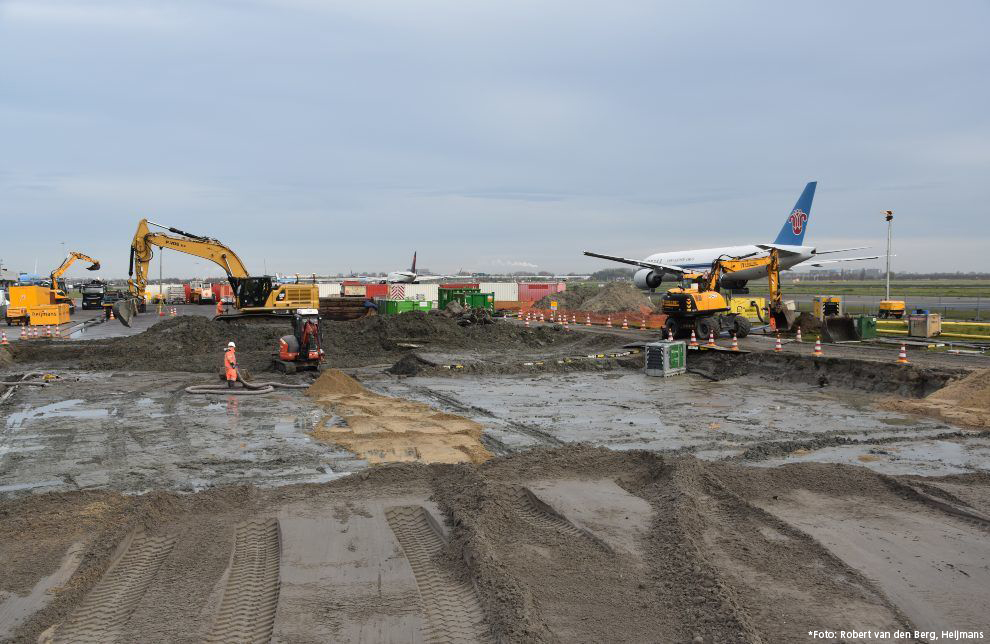 Maintenance of roadway A8 almost complete

The A8 taxiway is used intensively, particularly by planes on their way to Kaagbaan Runway, but also by traffic taxiing to and from the gates. Asphalt and concrete foundations were replaced during the maintenance, as well as the replacement of track lighting with sustainable LED lighting and rainwater drains were broadened. Final works will be carried out at the motorway until December 22. The taxiway itself can now be used again.

The taxiway in question, the A8, is part of a double ring-road for aircraft at Schiphol. It is comparable to the A10 ring road that loops around Amsterdam. One of the lanes was not available during the maintenance period. That meant all taxiing traffic had to cross the other lane, which gave two-way traffic at one of Schiphol’s busiest intersections. As a result, it was only possible to taxi either to Kaagbaan Runway or Aalsmeerbaan Runway. For safety reasons, we cannot simultaneously use the Zwanenburgbaan and Kaagbaan Runways in a southerly direction. The Aalsmeerbaan Runway was therefore used more often during this maintenance period. Planes could only make use of the Kaagbaan Runway with little traffic.