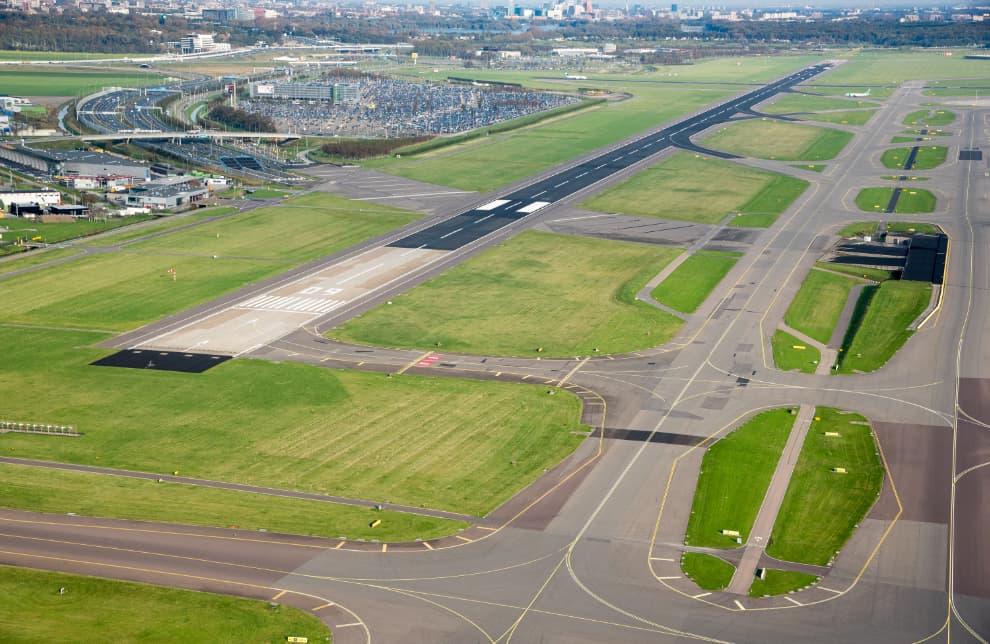 The deployment of the Buitenveldertbaan or Schiphol-Oostbaan runways as secondary runways depends on factors such as the weather conditions, wind direction and air traffic volumes during peak times. Every Friday, we reveal when you can expect the daily peak take-off and landing times in our weekly fact sheet. At peak times, there are many aircraft taking off and landing one after the other. This means that some of them must use a second runway to take off or land.

Starting in the evening of Sunday 22 November and continuing into May 2021, works will regularly be carried out on the taxiway system as part of the project to turn Quebec into a dual taxiway and build a new viaduct over the A4. The works may affect runway use and therefore air traffic during the following periods:

Take a look at the complete schedule of runway maintenance and works here.